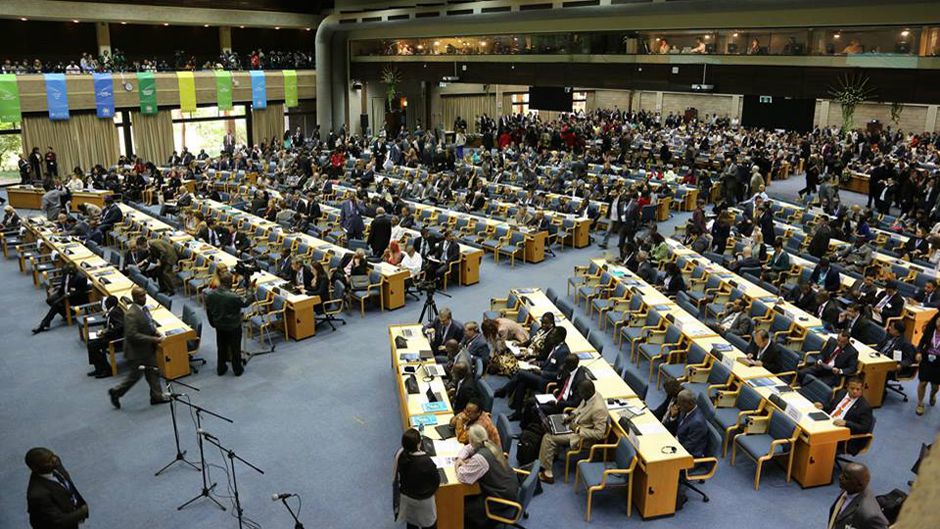 A United Nations body that focuses on the environment and has representatives from all 193 UN Member States is meeting for the first time in Nairobi, to discuss issues such as illegal wildlife trade, chemical waste and air pollution, and new universal development goals.

The UN Environment Assembly (UNEA) “places environmental concerns on the same footing with those of peace, security, finance, health and trade for the first time,” the UN Environment Programme (UNEP) http://www.unep.org/ said in a news release from its headquarters in Kenya. “For many, the creation of UNEA is the coming of age of the environment as a world issue.”

Given the wide reach into legislative, financial and development arenas, UNEP has said the body “presents a ground-breaking platform for leadership on global environmental policy.”

More than 1,200 high level participants, including Secretary-General Ban Ki-moon and UN General Assembly President John Ashe, are taking part in this week’s meeting of the UNEA, being held under the theme of “A Life of Dignity for All.”

“We must seize this historic opportunity here in Nairobi – so close to the Rift Valley, the cradle of mankind – to unite the world in its effort to achieve a course correction and shape a new, more sustainable future for humanity, one in which we live in harmony with the natural world and create a life of dignity for all,” said UNEP Executive Director Achim Steiner.

For the UN system, the Environment Assembly – which currently plans to meet every two years – embodies the notion that challenges are best addressed and opportunities realized when the community of nations and citizens of the world join forces to promote economic prosperity, social equity, and environmental sustainability in a holistic manner, Mr. Steiner added in his message on the opening.

“As such, UNEA is not just an expanded UNEP Governing Council, but symbolizes a fundamental change of scope as the new body plays its newly defined role of serving as the world’s authoritative voice on environmental matters across the UN System,” he said, adding: “Every Member State has a voice in the Environment Assembly on environmental sustainability.”
The opening day’s discussion focused on worsening air quality in African cities, as a result of increasing population, urbanization and motorization, and on sustainable development.

Participants throughout the week will discuss a new post-2015 development agenda to succeed the UN Millennium Development Goals (MDGs). The Goals, agreed by world leaders at a UN summit in 2000, aim to slash extreme hunger and poverty, cut maternal and infant mortality, combat disease and provide access to universal education and health care, all by the end of 2015. These targets will not be reached in many countries and areas, and will be incorporated in an even more ambitious post-2015 agenda.

“Hopefully this week is a week in which key decisions will be made but also an opportunity for debate, for dialogue, for the presentation of cutting edge science, cutting edge research – all of which is crucial in terms of informing policy – innovations, the voice of stakeholders, civil society, the private sector,” Naysan Sahba, UNEP Director for Communications and Public Information told UN Radio in Nairobi. “You get the holistic sense of just what it means to advance the environmental agenda in a meaningful way.”

At the assembly, UNEP will launch a new report on South-South Trade and the Green Economy, which the UN agency said will explore the growing movement of development “for the South, by the South.” In addition, a strategic paper on sustainable consumption and production indicators will also be presented this week.

The Assembly will also focus on illegal trade in wildlife. UNEP has said it wants to move the discussions past the current attention provided to the poaching crisis facing African elephants and rhinos, particularly in Kenya where the meeting is being held, to addressing a wider range of threats from illegal harvesting and trafficking including timber, fish, tigers, great apes, and a broad range of birds, reptiles, and plants.

A joint UNEP-INTERPOL Rapid Response Report is expected to be launched this week, “highlighting the links between environmental crime, insecurity and threats to sustainable development.”

Tomorrow, participants will join a global symposium on environmental law, which will include chief justices and attorney generals, as well as civil society. The goal is to raise awareness of environmental law as an indispensable tool on the path towards sustainable development and a Green Economy, according to the UNEP website, and to identify how further development and implementation of environmental law could help to ensure a more just and sustainable society.
There will also be a global symposium on financing green economy, with a focus on capital markets and how to mobilize finance for sustainable investments.

The creation of UNEA was supported at the UN Conference on Sustainable Development (Rio+20), held in Brazil in 2012, where world leaders agreed to strengthen and upgrade UNEP through universal membership, increased resources and greater involvement with civil society.