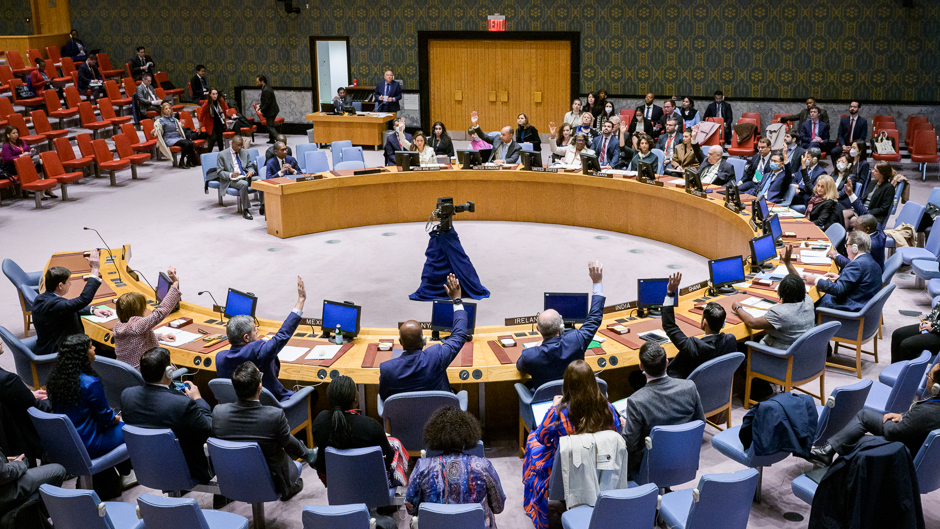 On Friday, 23 October, the 15 permanent and non-permanent members of the UN Security Council (UNSC) unanimously approved Resolution 2653 (2022) establishing a sanctions regime for Haiti. This is a significant development. Not only is it the Council’s first sanctions regime in more than five years, the Resolution’s focus on organized crime and its financiers could also mark an important shift in the fight against human trafficking and modern slavery.

This development seemed unlikely just a few months ago. In fact, research by the Finance Against Slavery and Trafficking (FAST) initiative, based on numerous interviews with sanctions experts, could find no evidence to suggest an appetite within the UN to expand the use of sanctions and target modern slavery and human trafficking. A previous UNSC sanctions regime for Libya, which explicitly listed six individuals known to be involved in trafficking and human trafficking activities, was deemed to be a unique case.

However, a few isolated voices among the interviewees pointed to the growing use of autonomous sanctions against organized crime and human rights — examples include those implemented by the EU, US, and other countries — and suggested these could prompt similar efforts at the UNSC level. It now appears this minority may have been right.

The text of Resolution 2653, drafted by the US and Mexico, and submitted to the other members of the Council, defines designation criteria directly related to human trafficking and modern slavery.  As sanctionable acts that threaten the peace, security, and stability of Haiti, the following are explicitly referred to in the resolution:

It is striking to see how central the role of individual states can be in the implementation of sanctions related to human trafficking and modern slavery within the UNSC. In the case of the Libya sanctions regime, it was the Netherlands, in particular, a non-permanent member of the Council, that suggested the six traffickers be explicitly listed. The Netherlands also took on a leading role in the implementation of the EU Global Human Rights Sanctions Regime at the European level.

In Haiti…targeted financial sanctions are probably one of the most promising ways to address and disrupt criminals and companies involved in human trafficking and modern slavery.

Currently, the list of designated persons under the Haiti sanctions regime is limited. In fact, only Jimmy Cherizier (also known as “Barbeque”), the head of a confederation of Haitian gangs known as “G9 Family and Allies,” has been listed so far. According to the description in the annex of Resolution 2653, Cherizier has engaged in acts that threaten the peace, security, and stability of Haiti and has planned, directed, or committed acts that constitute serious human rights abuses. The acts have directly contributed to Haiti’s economic paralysis and humanitarian crisis, and as a result, his economic resources, which he owns or controls, directly or indirectly, are to be frozen for an initial period of one year.

Having designation criteria that are applicable to organized criminals means that it’s now possible to target other individuals involved in human trafficking, smuggling, and the exploitation of vulnerable people. Companies engaged in these activities can also be pursued. In Haiti, currently one of the most fragile countries in the world which lacks a functioning judicial system, targeted financial sanctions are probably one of the most promising ways to address and disrupt criminals and companies involved in human trafficking and modern slavery.

Ultimately, however, as is so often the case with sanctions, the effectiveness of the measures will depend to a great extent on the ability of the international financial community to implement them adequately. Experience suggests that the financial sector needs to become better at both identifying and reporting the funds of individuals identified by sanctions regimes and detecting sanction evasions.

However, as FAST’s research has confirmed, improving financial sector capacities in this regard could mean that rather than managing this risk, financial institutions instead cease all business relationships with Haiti — an outcome that would only serve to further fuel Haiti’s vulnerability and exploitation, and as a consequence, increase the possibility of human trafficking, modern slavery and related financial crimes.

A more sensible approach, recommended in the FAST Blueprint, would be the use of public-private partnerships to exchange relevant data, help implement sanctions against human traffickers and other criminals, and ensure that any over-reactions by financial institutions are avoided.

This article was first published by the UNU Centre for Policy Research.

Dr Frank Haberstroh is the Financial Sanctions Specialist for the Finance Against Slavery and Trafficking (FAST) initiative, a project based at the United Nations University Centre for Policy Research.