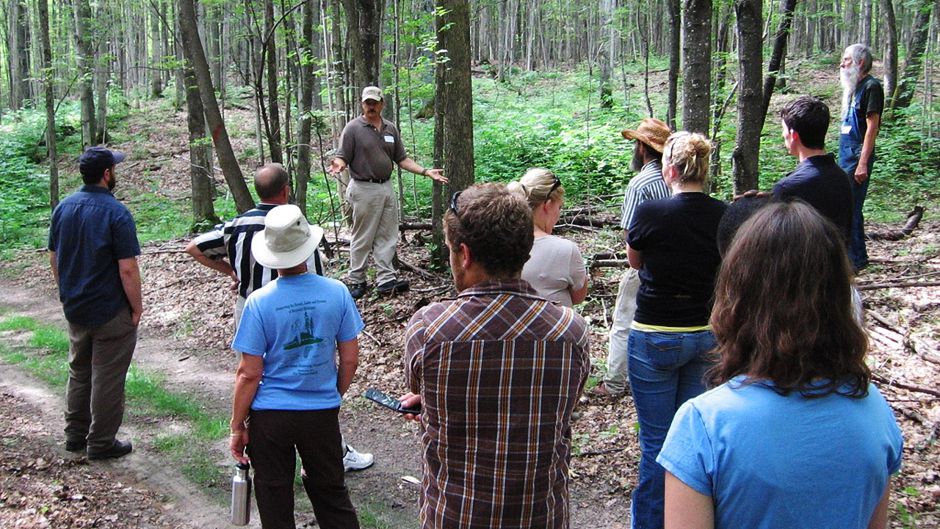 The issues and political dynamics in the twenty-first century are different from those of 1945, when the United Nations system was developed. Today’s problems are more intense and more diverse, characterized by temporal, spatial and sectoral interdependencies, and complexity, as well as uncertainty.

Incremental changes have enabled some progress towards sustainability. However, the current system governing sustainable development is no longer sufficient, given the number, impact, interdependence and complexity of problems associated with global change. What is required is a transformative reform of sustainable development governance.

This is why we have taken the initiative to investigate further the state and direction of reform of the institutional framework for sustainable development. Based on existing knowledge and findings from science, we have aimed to provide an ambitious (but appropriate) vision for the required transformative change.

This idea is called the “Hakone Vision” — named after the place where it was developed in a workshop held in September 2011. This workshop, which brought together some twenty Earth System Governance scholars and policymakers, drew upon the state of knowledge in the social sciences by utilizing a methodology of collective social learning: The World Café.

The World Café design enables people “to participate together in evolving rounds of dialogue with three or four others while at the same time remaining part of a single, larger, connected conversation. Small, intimate conversations link and build on each other as people move between groups, cross-pollinate ideas, and discover new insights into questions or issues that really matter”. According to co-originators of the World Café Juanita Brown and David Isaacs, as a result, knowledge-sharing grows as “the network of new connections increases”, and “a sense of the whole becomes increasingly strong. The collective wisdom of the group becomes more accessible, and innovative possibilities for action emerge”.

Governance for sustainability requires transformative reforms with clear vision, which are clustered around three interrelated issues: Aspirations, Actors and Architecture.

We live in a highly dynamic, human-dominated earth system in which non-linear, abrupt and irreversible changes are not only possible but also probable. Governance for sustainability in the “anthropocene” era — which is a new geological era when human behaviour drastically changes the earth system — requires that objectives, underlying values and norms, as well as knowledge and uncertainty, be refined and operationalized.

Governance goals have changed significantly since the post-World War II institutions were established, and require changes in governance systems. The international community should discuss the priorities, pathways, and qualitative and normative goals of sustainability.

In this regard, the emerging discussion on Sustainable Development Goals (SDGs), in line with and complementing the Millennium Development Goals (MDGs), could become an important political target, providing momentum and drawing attention to sustainable development. Careful consideration is required to determine how the SDGs can be positioned alongside the successful MDGs, which continue to be of high relevance and importance.

It also has become apparent that approaches to sustainability governance based on economic values are insufficient — and partly the cause of unsustainable development. There is a clear need to go beyond GDP and market values when measuring development. Human well-being and quality of life are important additional values, as are considerations of ecosystem services and the non-anthropocentric values of other living beings.

Governance for sustainability demands the meaningful and accountable participation and solutions from people, for people. The evolving nature of governance and the problems of global change have engaged a wide variety and large number of non-State actors. Mechanisms to include non-State actors in the intergovernmental UN system are laudable but insufficient, and not truly inclusive (thus often leading to misrepresentation).

Given this, one way to improve representation in the current intergovernmental system would be to add a mechanism of checks and balances (between Governments and non-State actors) that could be inspired by the example of the EU Parliament in relation to the EU Council. In designing such a mechanism, attention should also be paid to the risk of paralysis. Mechanisms to enable meaningful involvement of other actors, including highly respected persons or organizations, cities, communities and social movements in governance for sustainability, are needed.

Moreover, information technologies, including social media, have the potential to support governance for sustainability by giving a voice to those groups and individuals that have been marginalized in the decision-making process, and stimulating and facilitating trans-boundary communication and deliberation. However, contentious issues remain regarding the legitimacy and accountability of decentralized participation (e.g., referendums), in particular because these technologies are not universally available and affordable.

The emergence of new actors thus necessitates a governance system with a larger range of instruments. While States are the central actors, non-State actors are necessary for accountable and effective governance for sustainability. Options include improved private governance (such as the Forest Stewardship Council or Marine Stewardship Council) and public-private partnerships. Safeguards need to be in place to ensure the accountability and legitimacy of non-State actors.

The absence of suitable arrangements for one or more of these criteria will jeopardize prospects for transformative change.

Drawing on the discussion of aspirations, actors and architecture, the Hakone Vision Factory discussed and evaluated many of the proposals for a re-structured institutional framework for sustainable development that would improve governance. These discussions demonstrated that proposals for a Sustainable Development Council deserve more serious consideration.

The mandate of the Sustainable Development Council needs to result from further research and a deliberative process that could be set in motion at the 2012 United Nations Conference on Sustainable Development. Amongst others, the mandate and charter of such a Council could include mechanisms and authority for governance of crisis, for example along the lines of the WHO.

Taking into account the evolving nature of governance, gradually, and over the medium to long term, the Council could create a dual-chamber system, consisting of Governments on one side and issue-specific representatives from non-State actors on the other.

The academic and political considerations and development of a Sustainable Development Council should not exclude the required strengthening of the environmental pillar (such as upgrading UNEP) of sustainable development. Furthermore, it should take place within the context of meaningful involvement and strengthening of economic governance.

Importantly, fundamental improvements in the economic system are necessary in addition to a transformative reform of governance for sustainability. Green economy should be linked up with the institutional framework for sustainable development in this regard.

The Hakone Vision concludes with the need for a “charter moment” that could find its beginnings at the 2012 United Nations Conference on Sustainable Development (Rio+20). By “charter moment”, we mean the need to establish a constitution of governance for sustainable development that better reflects the challenges of the twenty-first century, which does not necessarily imply (but ultimately may) involve amendment of the UN Charter.

Plan ahead: The Tokyo Conference on Earth System Governance: Complex Architectures, Multiple Agents will be held at UNU Headquarters in Tokyo on 28 to 31 January 2013.

UNU-IAS activities towards Rio+20 can be followed here.

Michele Betsill is an Associate Professor of Political Science as well as founder and co-leader of the Environmental Governance Working Group at Colorado State University. She also is a member of the Scientific Steering Committee of the Earth System Governance Project.

Norichika Kanie is a Research Fellow in the Sustainable Development Governance initiative at the UNU Institute of Advanced Studies and Associate Professor at the Graduate School of Decision Science and Technology, Tokyo Institute of Technology, Japan. He also serves as a scientific steering committee member of the Earth Systems Governance project of International Human Dimensions Programme on Global Environmental Change, and editorial board member of the journal Global Environmental Governance.