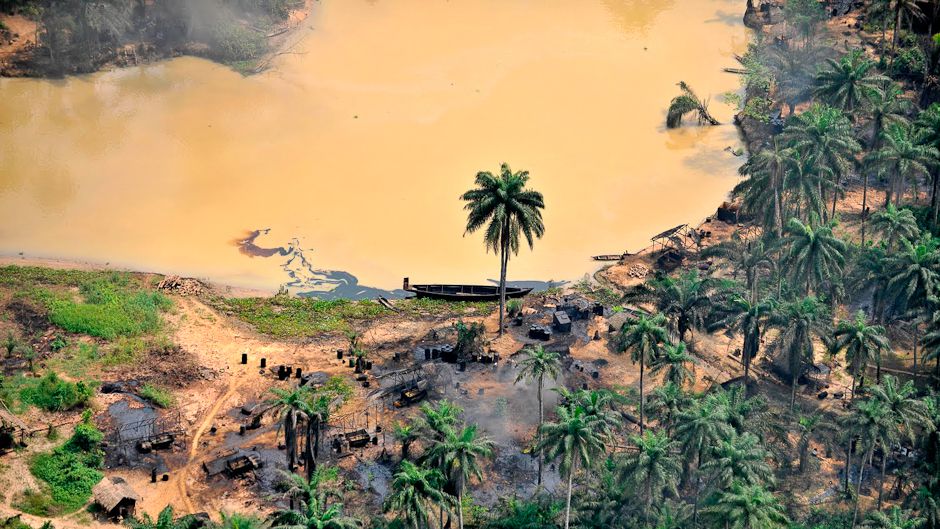 Devastating oil spills in the Niger delta over the past five decades will cost $1 billion to rectify and take up to 30 years to clean up, according to a UN report.

The UN Environment Programme (UNEP) has announced that Shell and other oil firms systematically contaminated a 1,000 sq km (386 sq mile) area of Ogoniland, in the Niger delta, with disastrous consequences for human health and wildlife.

Nigerians had “paid a high price” for the economic growth brought by the oil industry, said UNEP’s executive director.

A leaked summary of UNEP’s Ogoniland study, the first large-scale scientific study of pollution in the area, has been seen by the Guardian. It calls for a clean-up fund of $1 billion (£614 million) for spills in Ogoniland, and says it will take 25-30 years to restore the environment. Much of the funding for the clean-up is expected to come from the oil companies.

[quote quote=”It is UNEP’s hope that the report’s findings can break the decades of deadlock in the region.” type=”text” ]

The study wants emergency measures taken to warn communities and to clean up drinking-water wells, and says Shell and other companies working in the delta should overhaul the way they operate.

Achim Steiner, a UN under-secretary general and UNEP’s executive director, said the report provided the scientific basis for a long overdue restoration of Ogoniland. “The oil industry has been a key sector of the Nigerian economy for over 50 years but many Nigerians have paid a high price. It is UNEP’s hope the findings can break the decades of deadlock in the region. [The study] offers a blueprint for how the oil industry and public authorities might operate more responsibly in Africa and beyond at a time of increasing production and exploration across many parts of the continent.”

Nnimmo Bassey, chair of Friends of the Earth International and director of Environment Rights Action in Nigeria, said: “The widespread pollution of Ogoniland as documented does not come as a surprise because the manifestation is physical and people have been living in that putrid situation for decades now. Now we know it will take up to 30 years to remediate the impacts, especially on the mangroves of the region.” He said the pollution had decimated the livelihoods of the Ogoni people.

“UNEP’s recommendation that an environmental restoration fund for Ogoniland be set up with a take-off sum of $1 billion is applauded. But we need a larger fund for the entire Niger delta.”

Responding to the UNEP report, Mutiu Sunmonu, the managing director of the Shell Petroleum Development Company of Nigeria, said it was a valuable aid to improving understanding of oil spills in Ogoniland.

“All oil spills are bad — bad for local communities, bad for the environment, bad for Nigeria and bad for [the company]. Although we haven’t produced oil in Ogoniland since 1993 we clean up all spills from our facilities, whatever the cause, and restore the land to its original state.

“The majority of oil spills in Nigeria are caused by sabotage, theft and illegal refining. We urge the Nigerian authorities to do all they can to curb such activity, and we will continue working with our partners in Nigeria, including the government, to solve these problems and on the next steps to help clean up Ogoniland.”

Environment groups and Ogonis welcomed the report but said $100 billion was needed to clean up the entire delta, beyond just Ogoniland. Friends of the Earth International called on Shell to come up with an action plan with the Nigerian government to commence remediation actions immediately.

The Guardian has revealed that Shell accepted responsibility for two massive oil spills in the region that devastated a 69,000-strong community. Combined, the spills could be larger than the 1989 Exxon Valdez disaster in Alaska, and Shell faces a bill of hundreds of millions of dollars in compensation.

The UNEP team collected more than 4,000 samples of soil, fish and air, and investigated, in depth, 69 of the many hundreds of oil spills in Ogoniland over the past 50 years. They studied 5,000 medical records and had 260 meetings with communities.

It is expected that the report will act as a baseline study for a massive clean-up operation required by the UN.

Oil drilling in Ogoniland ceased in the 90s after Shell was ejected for widespread pollution and failing to help regional development. More than £30 billion of oil has been extracted from the area but the majority of people are worse off than before the companies arrived.

“Even though oil operations have ceased in Ogoniland, oil spills continue to occur with alarming regularity. Since life expectancy in Nigeria is less than 50 years it is a fair assumption most people in Ogoniland have lived with chronic oil pollution throughout their lives,” the report says. “Ogoniland has a tragic history of pollution but systematic scientific information has been absent about the ensuing contamination.”

Oil company records and investigations of spills in the delta are heavily disputed and politically sensitive, and the UN has been careful not to apportion blame for any particular spill.

Because Shell’s subsidiary, the Shell Petroleum Development Company, which works in partnership with the Nigerian government, has been the largest operator in the region, the report will be seen as an investigation of their practices. The independent report was paid for in part by Shell, and commissioned by the Nigerian government.

The UN team was clearly shocked at some of their findings. In one place, Ejama Ebubu, the study found heavy contamination from a spill that took place more than 40 years ago “despite repeated clean up attempts”. In Nisisoken Ogale, in Eleme, close to a Nigerian national petroleum company pipeline, researchers found 8 cm of refined oil floating on groundwater that served community wells.

“Pollution of soil is extensive, widespread and severely impacting,” says the report, which will be presented to Nigeria’s president, Goodluck Jonathan, in Abuja on Thursday and will be released on Friday in London.

This article was published on guardian.co.uk on Thursday 4 August 2011.