Nigeria 2015: What Next for Buhari’s Agenda? 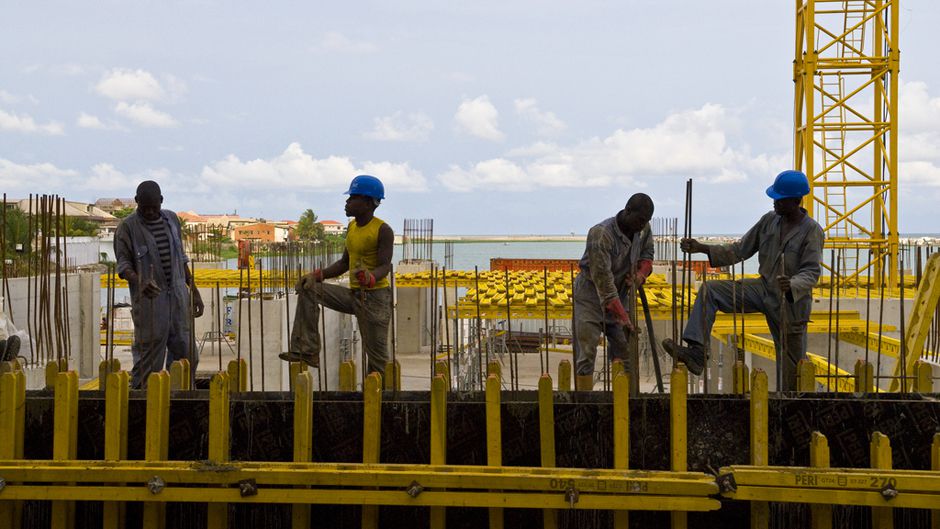 It has been a month since the inauguration of Nigerian President Muhammadu Buhari. In an earlier post, UNU-MERIT PhD fellow Ayokunu Adedokun outlined a bold agenda for the president-elect — issues that he says are key to long-term peace, security and inclusive development in Nigeria. In this second post, he looks at energy and economic reforms.

Diversification of the economy

Under former President Jonathan, Nigeria rebased its gross domestic product (GDP) from 1990 to 2010. This resulted in an 89% increase in the estimated size of the economy. As a result, the country now has the largest economy in Africa with an estimated nominal GDP of US$510 billion, exceeding South Africa’s $352 billion. Nigeria is also ranked 20th in the world in terms of GDP at purchasing power parity as of 2015. And currently maintains its impressive growth of real gross domestic product (GDP) averaged 7% since 2004.

Despite global stagnation, foreign direct investment (FDI) inflows to Nigeria have been on the increase: from $1.14 billion in 2001 and $2.1 billion in 2004, Nigeria’s FDI reached $21.3 billion in 2013, making the country the nineteenth greatest recipient of FDI in the world and the largest in Africa. If we take all these factors into consideration, one would expect Nigeria to be the ‘land of milk and honey’.

Nigeria’s economic success story has had little impact on the lives of ordinary Nigerians… Poverty in Nigeria is actually rising with more than 110 million people living on less than $1 a day.

In reality, however, Nigeria’s economic success story has had little impact on the lives of ordinary Nigerians. Most of the country lacks the infrastructure to ensure development in the current environment of low commodity prices. Poverty in Nigeria is actually rising with more than 110 million people living on less than $1 a day. The unemployment rate is about 23.9% compared to 21.4% in 2010. The country’s Gini coefficient, a measure of income inequality, rose from 0.429 in 2004 to 0.447 in 2010.

To make matters worse, Nigerian economy is still largely mono-cultural and reliant on a single commodity — oil. Other sectors of the economy such as agriculture, construction, tourism, trade and services and manufacturing have been relegated to the background, while crude revenues have not been managed effectively and efficiently to stimulate desired growth levels and sustainable economic development.

Diversifying away from oil is clearly difficult, especially in a country like Nigeria — characterised by vested interests and prebendal politics. Yet it is far from impossible. Malaysia, Indonesia and Mexico offer the best examples of countries that have been able to diversify away from oil despite intense resistance from political and economic elites. Nigeria can also do it. What is needed are a credible commitment and strong political will by Mr. Buhari and his cabinet.

There are two vexing issues here — the first is shortage of electricity and the second is dysfunctional refineries. Let me start with the first issue — electricity. Nigerians have for decades suffered from inadequate electricity supply despite various reforms in the power sector. By one account, Nigeria has one of the worst electricity supplies in the world, second only to India.

The country produces less than 5% of the electricity it needs, 4,000 megawatts for a population of more than 174 million. In comparison, Brazil, with a similar population, generates 24 times the electricity supply of Nigeria. South Africa, the second largest economy in Africa, consumes 55 times more energy per head than Nigeria. Only 41% of Nigerians have access to electricity. And to add insult to injury, those with access to electricity face load shedding, blackouts, and a reliance on private generators.

Constant access to electricity has the potential to tackle both the drivers and causes of poverty and terrorism in the country. It would reduce some of the obstacles to doing business in Nigeria and enable manufacturing and other industries to compete internationally.

Resolving shortage of electricity supply could boost the country’s economic growth by 14%. Not only that, a constant access to electricity has the potential to tackle both the drivers and causes of poverty and terrorism in the country. It would reduce some of the obstacles to doing business in Nigeria and enable manufacturing and other industries to compete internationally.

It is important to stress that privatisation of the power sector alone will not meet Nigeria’s electricity challenges. Privatisation works best in the presence of an appropriate regulatory framework. This means that there’s an urgent need for the right policy framework, use of incentive contracts, public private partnership (PPP) and clearer regulations that encourage private investment in renewable energy sources. Mr. Buhari’s name will go down in history if he can tackle the shortage of electricity supply in the country.

Related to the shortage of electricity is the energy crisis. Let’s briefly look at the statistics. Nigeria is the largest oil producer in Africa, holds the largest natural gas reserves on the continent, and is among the world’s top five exporters of liquefied natural gas (LNG). Yet, Nigeria has four under-performing refineries. By one estimate, Nigeria spent about $30 billion in 5 years maintaining these refineries. And all attempts to establish new ones have been sabotaged by the ‘oligarch’. Poor maintenance culture, corruption and graft are some of the reasons why the refineries are not working efficiently.

Recently, some analysts have called for the privatisation of Nigerian national refineries, basing their arguments on the notion that corruption, unaccounted funds and political interference, which are usually the norm in government-owned refineries would be minimised, if not totally eradicated. These are important points and I acknowledge them. In fact, a report by the World Bank (1992) reveals that privatisation — properly structured — yields substantial and enduring benefits — such as increasing returns on sales, assets and equity, raising internal efficiency, improving capital structure and expanding work forces.

But given that Nigerian politics is still characterised by rent-seeking, neopatrimonialism and lack of transparency, my advice to Mr. Buhari would be to consider public private partnership (PPP) of national refineries. Public private partnerships are designed to be mutually beneﬁcial relationships between the public and private sectors. PPP recognises that both public and private sectors have unique advantages relative to the other in the performance of specific tasks. In practical terms, the private-sector partner contributes a substantial equity investment, operational efficiencies, innovative technologies, and skilled personnel, and in return the public sector provides assurance in terms of stable governance, and establishment of clear legal, regulatory and fiscal regimes. This approach, if properly implemented, should lead to developmentally positive effects in Nigeria.

In the final post of this series the author examines the remaining issues on his Nigerian agenda: human development, rule of law, and media freedom and civil society empowerment.

This article originally appeared on the blog of the United Nations University Maastricht Economic and Social Research Institute on Innovation and Technology (UNU-MERIT). The next post in this series will focus on diversification of the economy, power and energy reforms, and human development. It is set for release on 14 May — two weeks before the swearing in of President-elect Buhari.

Nigerian Elections 2015: What’s Next for Buhari’s Agenda? by Ayokunu Adedokun is licensed under a Creative Commons Attribution-NonCommercial-ShareAlike 4.0 International License.

Nigerian Elections 2015: What Should Be on Buhari’s Agenda?