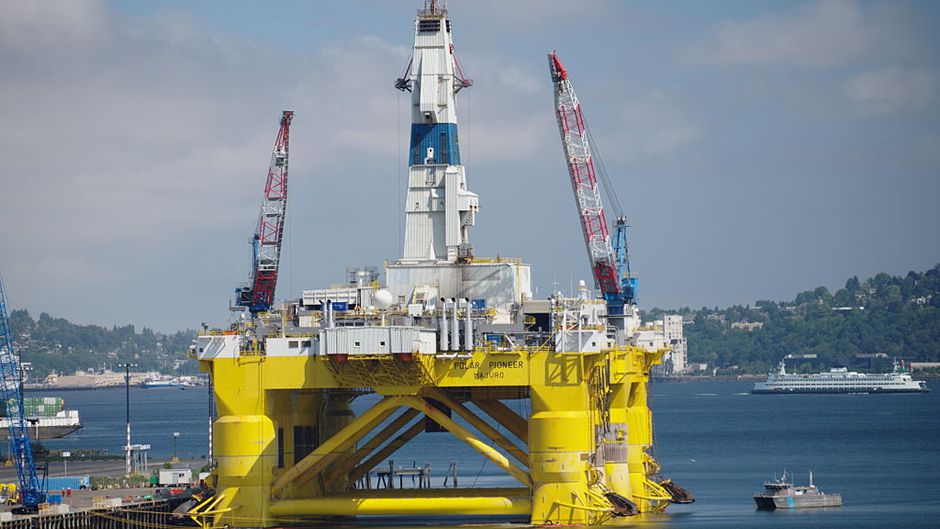 The Arctic drilling season has come to an end, and with it, Shell’s hopes of striking oil in the Chukchi Sea. Royal Dutch Shell announced Monday it would stop oil exploration in the environmentally sensitive region, 140 miles off Alaska, for the “foreseeable future.”

The company received permits from the Obama Administration this year to conduct exploratory drilling, despite massive protests from environmentalists. The exploration has been unsuccessful, the company said.

“Shell continues to see important exploration potential in the basin, and the area is likely to ultimately be of strategic importance to Alaska and the US,” Marvin Odum, director of Shell Upstream Americas, said in a statement. “However, this is a clearly disappointing exploration outcome for this part of the basin.”

Disappointing, and expensive. Shell has invested $3 billion in development of the basin, with another $1.1 billion of “future contractual commitments,” the company said.

“This is a victory for everyone who has stood up for the Arctic. Whether they took to kayaks or canoes, rappelled from bridges, or spread the news in their own communities, millions of people around the world have taken action against Arctic drilling,” Greenpeace USA executive director Annie Leonard said in a statement.

There are a number of concerns that go along with oil development in the Arctic, a region already considered “ground zero” for climate change. Pollution from boat traffic in the ecologically sensitive region can create a feedback loop of melting, and then more melting. In addition, the harsh environment makes it very difficult to respond to oil spills. In 2012, Shell lost control of an oil rig during a storm. The equipment, along with 150,000 gallons of fuel and drilling fluid, ended up washed up on an island.

Leonard took the opportunity to call on President Obama to prohibit any future drilling in the area.

“Today, President Obama can also make history by cancelling any future drilling and declaring the US Arctic Ocean off limits to oil companies. There is no better time to keep fossil fuels like Arctic oil in the ground, bringing us one step closer to an energy revolution and sustainable future,” she said.

While the company will halt drilling for the “foreseeable future,” Monday’s announcement is not a guarantee that Shell won’t continue oil development in the Chukchi Sea later. According to the company’s statement, Shell owns all the “working interest” in 275 oil development blocks in the Chukchi Sea. The company cited the “challenging and unpredictable” regulatory environment for offshore drilling in Alaska as one reason it is discontinuing exploration.

Samantha Page is a climate reporter for ThinkProgress. Previously, she launched a hyperlocal Patch site in Los Angeles, and reported for the Los Angeles Times, the Wall Street Journal, the Huffington Post, and GlobalPost. She has also worked for the solar industry’s trade association as a press officer. She attended Carleton College and the Annenberg School for Journalism at the University of Southern California.