No Surrender: Responding to the New Breed of Climate Change In-activists 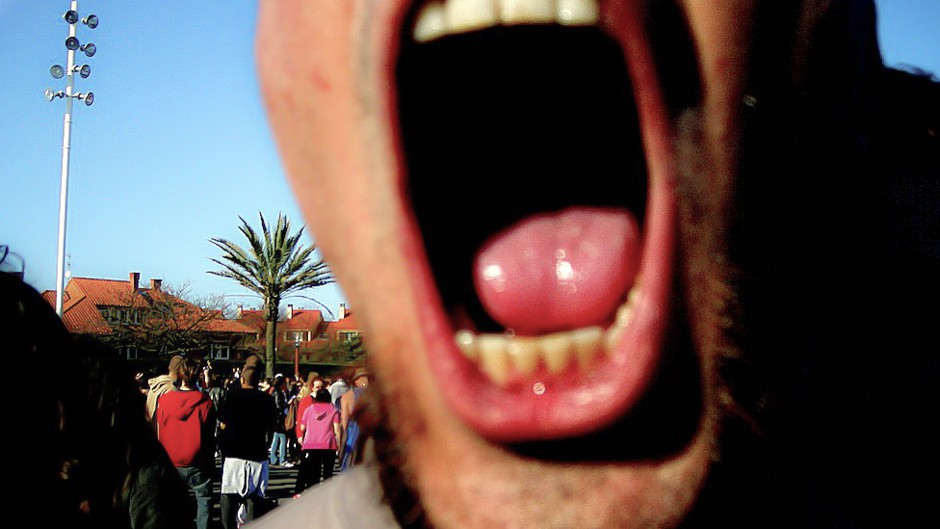 The climate debate isn’t over, but some commentators within it have adopted a new and dangerously fatalistic position: the proper response to climate change is to accept near-term human extinction.

Carolyn Baker and other authors who advocate this position share a number of assumptions about human nature and the drivers of fossil fuel addiction. The epicenter of their argument is that catastrophic climate change is unavoidable. Game over. All that’s left to do, they suggest, is to bear loving witness to the demise of all species.

Like a patient with a terminal diagnosis, we should seek a collective inner peace that accepts our fate, and surrender to it gracefully. Baker and company suggest that accepting the end of days in this way is not defeatist — it’s actually a bold and courageous choice.

Baker’s article for Transformation doesn’t focus on climate science, but it does point to a handful of studies that diagnose unstoppable climate feedback loops. However, while it’s clear that we’re running out of time to change the fate of humanity, most scientists agree that we haven’t yet reached the tipping point of near term extinction. There’s still time for bold and courageous action.

The second ‘surrender’ of the ‘in-activists’ concerns human nature. Whether humanity has reached the climate tipping point is immaterial, they say, because it’s human nature to dominate and exploit the natural world. People will therefore continue to do so until there are no mountaintops left to remove for coal, and no natural gas or oil to frack.

What is climate change if not the Earth telling us that we’ve lived outside the boundaries of nature’s laws? This is a tale of separation — the separation of human beings from each other and the rest of the world’s species. But is this separation inevitable? Are people inherently destructive and incapable of change?

The in-activist position assumes that we can never envisage a future that’s based on living in balance with the Earth’s resources. It’s a grim diagnosis that serves no positive purpose even if correct, but what if it’s wrong?

Millions of Indigenous peoples, small farmers and forest communities throughout the world continue to live in right relationship with the Earth. Bhutan aspires to live in the same way, measuring wealth in terms of wellbeing and happiness. Germany already operates on 74 percent renewable energy and is well on the way to a zero-carbon future, an enormous undertaking that is often compared to the country’s postwar reconstruction. Moreover, it is completely uncharted territory.

Real people in real places, including an industrial powerhouse like Germany, are reimagining their future, not in theory but in practice. And if they can do it, why not the rest of us? Maybe the increasingly tangible crisis of climate change will help us to take an evolutionary leap in our thinking and action.

So we are not yet ‘dead men or women walking.’ Encoded in our DNA is the fight to stay alive. As scientist David Suzuki says, every cell, every atom in our being struggles to live. Life itself creates the conditions for life. The Earth is one system, and in reconnecting with all of its elements human beings can find a new story about their place in the world that rejects the notion of separation with nature. Audrey Shenandoah, Clan Mother of the Onodaga Nation, put it like this: “There is no word for ‘nature’ in my language. ‘Nature’ in English, seems to refer to that which is separate from human beings. It is a distinction we don’t recognize.”

However, changing our fate is not an intellectual task to be met only with facts and logic. That’s what the climate-change-as motivator framework tries to do. But we cannot feel the burden of an atmosphere weighted by carbon, and therefore it elicits no real connection. So let’s stop speaking of climate change in terms of polar ice caps we can’t see and greenhouse gasses we can’t feel.

We can rebuild our economies around a different set of priorities based on the new movement for local living democracies, which is much stronger and more significant than the wave of “low carbon localism” dismissed by the in-activists.

We don’t have to ‘stop climate change.’ Instead we can rebuild our economies around a different set of priorities based on the new movement for local living democracies, which is much stronger and more significant than the wave of “low carbon localism” dismissed by the in-activists.

Enshrining nature’s right to exist and regenerate its cycles in law is fundamental to a local living democracy, so that nature is not seen and used as a thing separate and apart — as property to be owned and destroyed at will. Current jurisprudence places property rights above all others. It recognizes corporate rights as the most sacred of property rights. It subordinates human rights and the collective rights of Indigenous Peoples to corporate rights. And Nature is not recognized as having any intrinsic rights at all.

Recognizing the rights of Nature would be revolutionary. But then, once upon a time, so was the abolition of slavery, before new laws forced a change that became a new culture that could not be undone.

Human agency — the power to create this kind of revolutionary change — should never be surrendered. Baker is right that top-down solutions to climate change aren’t going to work — but that doesn’t mean that change can’t occur. We should stop looking to others to save us, especially the fossil fuel industry and the politicians they own. But change doesn’t come from those at the top who benefit from the status quo. It never has. It may be cliché to quote Margaret Mead, but it’s still a useful one: “Never doubt that a small group of thoughtful, committed, citizens can change the world. Indeed, it is the only thing that ever has.”

For example, La Via Campesina is a movement of millions of small farmers who are protecting organic, non-GMO, community-based agriculture. In the United States, 170 communities have passed new laws that assert the rights of communities to say “no” to unwanted projects. As David Braun from Americans Against Fracking has said, “In New York State, they told us fracking was a done deal, accept it. With the strength of a real grassroots movement, not one well has been fracked in the state.”

“The impetus for Germany’s clean energy revolution came not from above, but from a mass, grassroots movement that started up in the mid-1970s. Today the transition has broad popular support — up to 93 percent according to a December 2012 poll. By turning over a million property owners and entrepreneurs into energy producers Germany has increased its supply of renewably generated electricity from 4 percent to 23 percent in just 13 years.”

Baker cites with approval Wen Stephenson’s article “Let This Earth Day Be The Last”, in The Nation Magazine. “End the dishonesty, the deception. Stop lying to yourselves, and to your children. Stop pretending that the crisis can be ‘solved,’ that the planet can be ‘saved.’” But she doesn’t include Stephenson’s powerful call to action in the same article:

“What I’m talking about is both a fight for survival and a fight for justice — for even the possibility of justice. It’s a fight that transcends environmentalism. It requires something of us beyond the usual politics and proposals, the usual pieties. It requires the kind of commitment you find in radical movements — the kind of struggles, from abolition to women’s, labour and civil rights, that have made possible what was previously unimaginable. Because our global crisis… is not merely environmental but moral and spiritual… It requires us to find out who we really are — and, nonviolently, in the steps of Gandhi and King and many others, to act. In some cases, to lay everything — everything — on the line.”

I agree. We are not passive witnesses to the end of human history. We should not sit on the edges of the battlefield to wipe the brows of the fallen as they take their last breath. There is nothing to ‘surrender’ to, since the struggle is only just beginning. Baker’s “new form of activism” is no form of activism at all.

The time to give up is not now, and we shouldn’t waste a moment in wondering how best to sit with each-other, waiting for death in the “planetary hospice.”

No surrender. There’s still far too much work we have to do.

No Surrender: Responding to the New Breed of Climate Change In-activists by Shannon Biggs is licensed under a Creative Commons Attribution-NonCommercial 4.0 International License.
Permissions beyond the scope of this license may be available at http://www.opendemocracy.net/.

Shannon Biggs is the Director of the Community Rights program at Global Exchange. She works to assist communities that are confronted by corporate harms to enact binding laws that place the rights of communities and nature above the claimed legal “rights” of corporations.