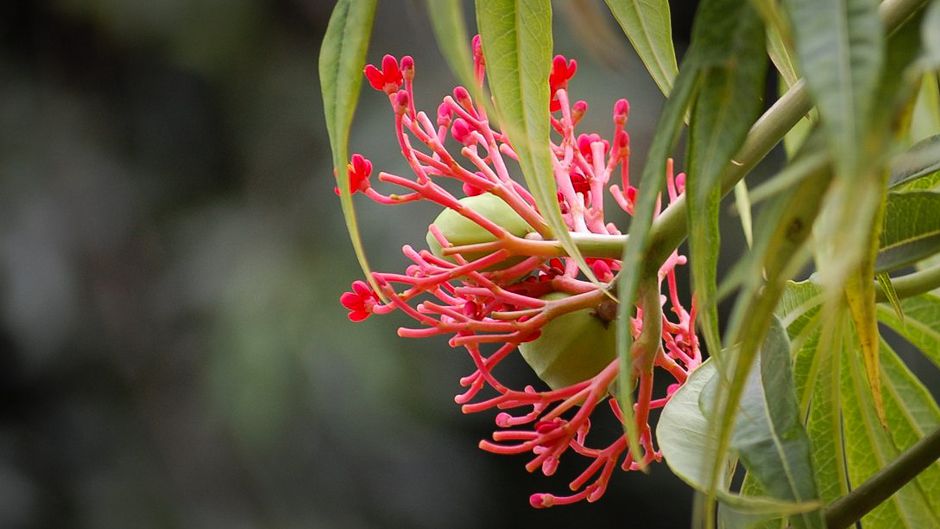 The debate on alternative energy sources reached its climax when global crude oil prices peaked at US $127 per barrel in June 2008. Many countries have developed a keen interest in the potential of biofuels and instituted policies to promote their production.

India became one of the major biofuel producers in Asia, with its bioethanol production hitting the 1 billion liter mark in 2008, second only after China.

India’s focus on biofuels is mainly due to its heavy fossil fuel oil import bill. According to the Ministry of Petroleum and Natural Gas, in 2008 the country imported nearly 935 million barrels of crude oil, costing US$73 billion per annum.

Another driver of the biofuels boom is that the country needs to find gainful employment for the majority of its rural population, which is suffering from seasonal and disguised unemployment.

The evolving debate on biofuels focuses both on the need to produce energy to meet increasing demands, a well as on how to do so sustainably. Numerous reports have emerged with contradictory information on the sustainability and developmental benefits of these alternative fuels. It appears that some of these reports have grossly underestimated the local socio-economic benefits of producing biofuels.

As part of research we carried out in 2008 — in preparation for our contribution to a chapter of Climate Change Policies in the Asia-Pacific: Re-Uniting Climate Change and Sustainable Development — the biofuel producing areas of Mehaboobnagar district in the southern state of Andhra Pradesh were surveyed.

Andhra Pradesh state has been one of the front-runners in promoting biofuels in India, where 5% ethanol blend was introduced as a part of the national government initiative to promote biofuels in 2005.

The state government is attempting to meet energy needs by integrating biofuel feedstock production of plants like jatropha and pongamia, in ongoing developmental programs. One of the advantages of plants like these is that they are present in the culture and the memory of the people and hence more easily accepted.

Biofuel plantations have gained momentum in Andhra Pradesh. Statistics indicate that nearly 15,000 hectares are active as biodiesel plantations (both jatropha and pongamia) out of  the 16,000 hectares in the 13 rain shadow districts (rain deficient areas of the state) that the state government identified as suitable for growing these plants. Small and medium farmers who have wasteland were identified in a participatory manner by involving the local government’s ‘Gram Panchayat’ (a team that acts as the representative of all villagers, also referred to as the Village Sabha or Panchayat).

The state government has designated the Rain Shadow Area Development Department to provide policy support to the Department of Rural Development, which implements biofuel plantations in association with the local entrepreneurs and Gram Panchayat.

Financial support is being drawn from National Rural Employment Guarantee Scheme, a central government-sponsored scheme with the primary objective of providing livelihood security to households in rural areas for not less than 100 days of employment in a year. 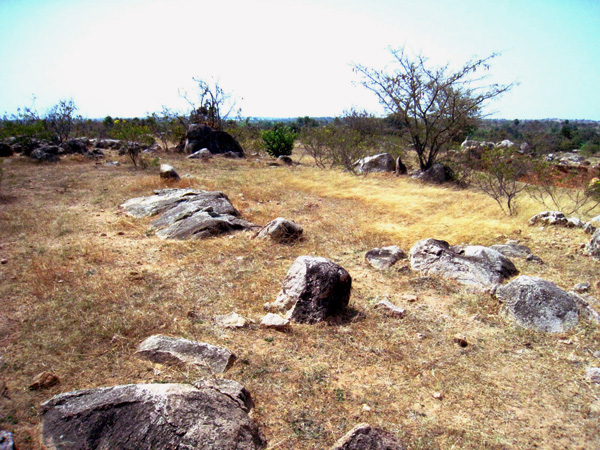 Wastelands owned by farmers in the dry tracts of Andhra Pradesh, left vacant for years.

The state government has entered into public-private partnerships with entrepreneurs who provide pongamia seedlings, technical knowhow on growing plantations, and procure seeds at a minimum price fixed by the state government (at US $271 per ton). Farmers are allowed to sell seeds in the open market if they can fetch good prices.

Mature pongamia plantations of one hectare producing in the range of 3-5 tons of seeds can fetch an income of US$800-1400 per hectare per year for farmers. No other crop can grow on these wastelands without substantial land levelling and reclamation, therefore growing the hardy pongamia here appeared as a very viable option for farmers. Though leaf gall (small bumps found on leaves due to infestation of mites) were reported in the pongamia plantations, no pesticides are being sprayed by farmers due to the cost involved and the belief that they do not undermine the plantation.

In addition, farmers can grow intercrops such as black gram, green gram and castor that fetch anywhere between $US 600 to 1000 per hectare per intercrop in a good year. In addition to providing extra income to farmers, employment generation for landless labourers has direct links to rural development.

According to preliminary calculations made by the entrepreneurs, a pongamia plantation can provide employment equivalent to 66 human days per hectare per year, not including labour required for producing intercrops. These plantations can generate even more employment since it is almost certain that farmers would avail themselves of the benefits of intercropping.

One of the most important questions to ask is why the government needs to pay farmers to take up biofuel plantations? Three reasons are cited. First and foremost, this is necessary to bring vast chunks of wasteland owned by farmers and unused for years into cultivation.

Secondly, this approach promotes employment in drought-prone areas. Thirdly, since the concept of biofuel plantations is relatively new and many farmers may not show interest in them, initial incentives are required.

Importantly, bottom-line gains from biofuel promotion can be found across different ministries at the national level. While the national Ministry of Rural Development is happy with the kind of rural employment biofuels can generate, the Ministry of Environment and Forests is encouraged that plantations will add to the greenery of the dry tracts of the country, even if no oil can be produced from them during some extreme years. 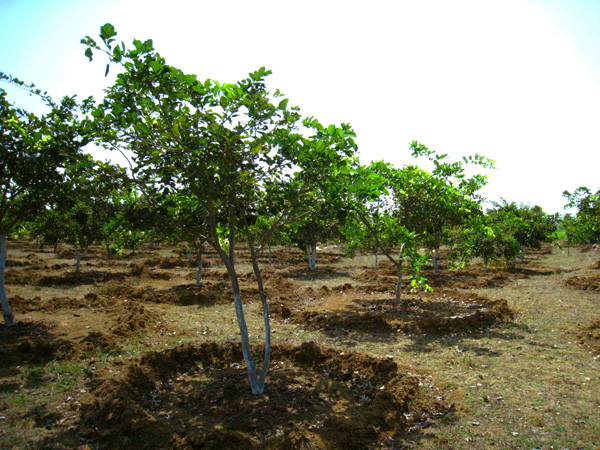 Flourishing pongamia plantations are a boon for dry land farmers

It is too early to write-off the significance of biofuels in rural India since the picture is still emerging. Pessimism about the benefits of producing biofuel feedstock here needs to be cautiously weighed against the alternatives available to these farmers to improve their socio-economic conditions.

That these vast chunks of wastelands were left unattended for many years underscores the fact that no economically feasible alternative was likely to come along. This also means that not all biofuels can be written-off as negative since there are certain pockets in the country (e.g., drought prone and waste lands) that can reap rewards from biofuel development programs. Indeed, the UN Food and Agriculture Organisation recently published a major report on jatropha, lauding the crop’s “Potential for Pro-Poor Development” in many regions of the world with certain conditions, similar to those in Andhra Pradesh.

As this case shows, depending on various factors — on the way an initiative is designed (e.g., public-private partnerships and integration into developmental programs), the selection of feedstock (e.g., those like pongamia or jatropha don’t need intensive input) and implementation of appropriate support policies that will help keep farmers from being exploited (e.g., minimum support price for feedstock) — biofuel programs can provide substantial rural benefits.

Not all biofuels are bad: A rural India case by S. V. R. K. Prabhakar is licensed under a Creative Commons Attribution-NoDerivs 3.0 Unported License.

Prabhakar joined the Institute for Global Environmental Strategies, Japan in 2007. He is currently exploring answers to questions, such as how to prioritize adaptation actions, whether governments can measure progress in the adaptive capacity of communities as a part of monitoring developmental programs, and how various stakeholders can make decisions in an integrated manner in a climate policy environment challenged with uncertainty.

Mark is the Director of the Governance and Capacity group at the Institute for Global Environmental Strategies. He is currently leading a project on strategies for sustainable production and consumption of biofuels in the Asia Pacific region. His other areas of interest include environmental governance in the East Asian region, transboundary air pollution, and local initiatives.