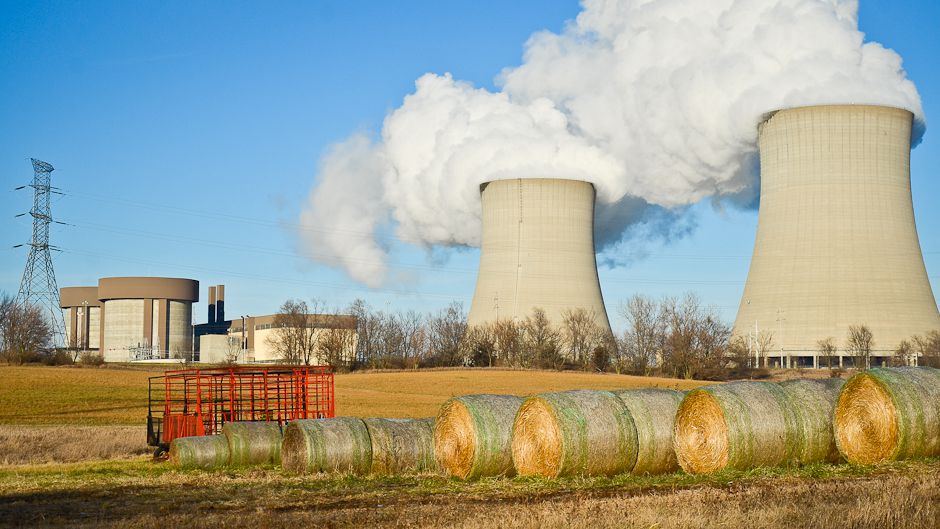 Four prominent climate and energy scientists are calling on environmentalists to rethink their longstanding opposition to nuclear energy, warning that there is no “credible path to climate stabilization that does not include a substantial role for nuclear power”.

The warning comes just ahead of a new round of international climate negotiations, slated to start next week in Poland, aimed at arriving at an international consensus on action to mitigate climate change beyond 2015. Yet observers are increasingly pessimistic that this process will be able to keep the planet’s average temperature rise below two degrees Celsius by the end of this century, the current stated goal.

The new call comes in the form of a letter sent over the weekend to world leaders, prominent environmentalists and green organisations. Most prominently, it was signed by James Hansen, the former NASA scientist who for decades has written of the dangers posed by climate change; today, he is perhaps the single most recognisable researcher speaking on the issue in the United States.

Also signing on to the call, addressed to “those influencing environmental policy but opposed to nuclear energy”, are two additional US scientists, Ken Caldeira and Kerry Emanuel, and one from Australia, Tom Wigley. Each are associated with major research institutions.

“We appreciate your organization’s concern about global warming, and your advocacy of renewable energy. But continued opposition to nuclear power threatens humanity’s ability to avoid dangerous climate change,” the four state.

“With the planet warming and carbon dioxide emissions rising faster than ever, we cannot afford to turn away from any technology that has the potential to displace a large fraction of our carbon emissions. Much has changed since the 1970s. The time has come for a fresh approach to nuclear power in the 21st century.”

Currently, nuclear energy provides around a fifth of US electricity demand. Globally, that figure is slightly lower, with 30 countries hosting nuclear reactors that provided around 12 percent of worldwide electricity production, as of 2011.

The letter has been embraced by the nuclear industry, which many analysts suggest has been stagnating for years over environmental and safety concerns.

As of July, around 434 reactors were operating globally, according to the Nuclear Energy Institute (NEI), a US lobby group. In addition, 71 new plants were under construction, including two here in the United States.

In their letter, the four scientists say that while they support renewable forms of electricity production, these methods appear unable to deal with the quickly ramping-up global demands for energy. They also suggest that new nuclear plant designs are cheaper and “much safer” than older reactors, while new incineration methods can “solve the waste disposal problem”.

The letter has been embraced by the nuclear industry, which many analysts suggest has been stagnating for years over environmental and safety concerns.

“The letter puts an exclamation point on a phenomenon that has been unfolding for several years, namely the steady growth in support for nuclear energy from leading environmentalists,” Marv Fertel, president of the Nuclear Energy Institute, told IPS in a statement.

“Greenhouse gas emissions would be vastly higher if nuclear energy facilities did not provide 40 percent of the electricity globally that is produced by carbon-free sources of power (63 percent in the United States) … There is ever-increasing recognition of this analysis.”

In fact, the number of environmentalists who have publicly begun advocating for nuclear power in the face of climate change remains quite low, though James Hansen will now be a notable addition.

Among environmentalists, initial reactions to the letter have been adamant, if respectful, rejection.

“[We] respect these scientists, and thank them for their years of service. Unfortunately, we will have to agree to disagree with them on this one,” Michael Brune, the executive director of the Sierra Club, a conservation and advocacy group, told IPS.

“While we agree that the climate crisis is the most urgent challenge of our time, this group fails to acknowledge that wind, solar and [energy] efficiency are the faster, cheaper and safer way to fight the climate threat.”

Brune says nuclear plants are “too expensive, too slow to build, and too risky”, while noting that Germany, one of the world’s largest economies, is currently decommissioning its nuclear plants while focusing significant funding on renewable energy sources.

The cost of wind energy has fallen by around 43 percent over the past three years, and solar is down by 80 percent.

Indeed, green groups have been increasingly trumpeting the falling costs of renewables, with wind energy falling by around 43 percent over the past three years, and solar down by 80 percent. The economics of nuclear, on the other hand, have become even more complicated in recent years, with several US plants shutting down over feasibility concerns.

And while, in their letter, Hansen and the other scientists allude to new technologies that would make the nuclear option cheaper and safer, most such methods have yet to be demonstrated.

“There certainly are proposed technologies that proponents say would address many of these concerns, but they don’t have a proven track record, and have yet to be deployed on a large scale,” Steve Clemmer, director of energy research for the Climate and Energy Program at the Union of Concerned Scientists (UCS), an advocacy group, told IPS.

“It would have been nice to know exactly what this letter is referring to, as they don’t actually back up these claims. If they’re going to convince environmental groups, they’re going to need to offer some good technical information.”

While UCS has focused for years on issues of nuclear safety and price (a recent analysis on a US plant under construction can be found here), the group doesn’t reject the prospect of nuclear energy entirely.

“Because the climate issue is so large and the need to reduce emissions is so big and urgent, we certainly don’t want to take nuclear power off the table as a potential solution to climate change,” Clemmer says.

The United States alone, for instance, will likely have to reduce its emissions by at least 80 percent by 2050.

“As such, we’re definitely supportive of things like research and development of nuclear and other technologies that can reduce carbon emissions, and we want to make sure we have as many options at our disposal,” Clemmer continues.

“But where we are today is a different story. We’re not in a position to allow for large-scale deployment of nuclear power, due to concerns over security, proliferation, safety, waste disposal. Meanwhile, solar and wind technologies have none of those risks and their costs are quickly coming down.”