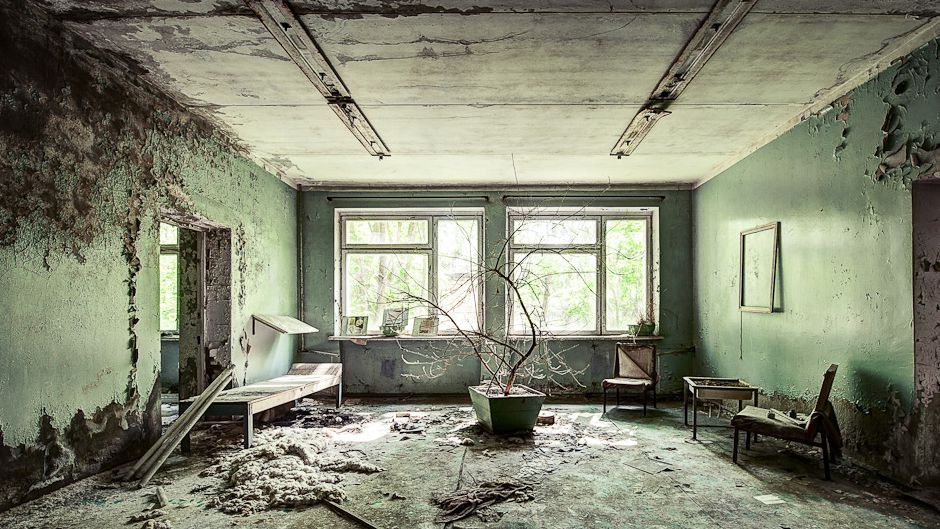 The lessons of the Fukushima nuclear accident in 2011 seem to be the same as those from Chernobyl 25 years earlier, despite the different political settings. Apparently not much had been learned.

The two worst nuclear accidents to date — Chernobyl in the former Soviet Union (USSR) and Fukushima-Daiichi in Japan — occurred as the forces of nature combined with human error to bring about a complicated cluster of human problems that displaced much of the affected populations and left millions more trapped in contaminated areas.

On 26 April 1986, an explosion at the Chernobyl nuclear power plant in the Ukraine caused a fire that lasted for ten days and radioactive debris to spread over thousands of square kilometres. At the time of the incident, about 230,000 people in 640 settlements in the European parts of the USSR were thought to be exposed to external gamma radiation and/or internal exposure through the consumption of contaminated water and locally produced or gathered food. In the following 20 years, numerous assessments revealed an increasing number of people affected in the USSR, including people evacuated from the exclusion zone, and residents who remained trapped in radioactive ‘hot spots’.

On 11 March 2011, tsunami floods damaged four of the six power units of the Fukushima-Daiichi nuclear plant in Japan resulting in contamination of as much as 1,800 km² of land with particular ‘hot spots’.

By all accounts, the authoritarian style of governance associated with the Soviet regime and the fact that the immediate area surrounding the plant was not densely populated were beneficial in the early stages of the crisis. The relative success of an immediate response, however, was hindered somewhat by the lack of information disseminated to the public as the weeks, months and years passed.

Prior to the disaster, the USSR had policies in place for measures that should be undertaken in the event of radioactive contamination, which included instructions from medical experts on when local and central government should evacuate affected populations, depending on their level of exposure. Hours after the event, preliminary radiation readings prompted the authorities to draw a 10 km radius around the plant, from which everyone was to be evacuated within a few days. One week later, as more information was uncovered as to the scale of the disaster, a government commission established to deal with the aftermath extended the exclusion zone to 30 km.

The same day as the tsunami occurred the Japanese government instructed residents living within a 2 km radius to evacuate. As with Chernobyl, over the following weeks the zone was extended outwards to 30 km.

Around Chernobyl, roadblocks were established to prevent privately owned cars from leaving without authorisation, and buses were chartered from outside the contaminated zone. This limited the spread of contamination from inside the exclusion zone and facilitated the evacuations which started the next day, beginning with some 50,000 residents of Pripyat where power plant employees lived. Local government officials and Communist party leaders were told that people would be evacuated for only three days. The official announcement was very short, with no information about the dangers of exposure to radiation. The absence of clear instructions on evacuation led to numerous problems about belongings left behind, including personal documents. Close to 5,000 people remained in Pripyat after the evacuation. Some were left there to assist with clean-up activities, while others refused to evacuate without their farm animals, tools and equipment.

In order to reduce panic, the government increased the level of the permissible annual dose of absorbed radiation in the Ukrainian capital, Kiev, avoiding mandatory evacuation of millions. However, children between 8 and 15 years old were sent to summer camps, and pregnant women and mothers with young children and infants were sent to hotels, rest houses, sanatoria and tourist facilities, dividing many families with little consideration for the lasting social effects.

In early June 1986, ‘hot spots’ were discovered outside the 30 km zone, leading to the evacuation of a further 20,000 people. By the end of 1986, some 116,000 inhabitants from 188 settlements had been evacuated, as well as 60,000 cattle and other farm animals. Thousands of apartments were made available in urban centres, and 21,000 new buildings were constructed in rural areas to house evacuees, although people were spread throughout the USSR. The upheaval induced by the break-up of the USSR five years after the disaster cannot be underestimated, both in terms of migration implications and the impact on responding to the lingering effects of the crisis.

Following Chernobyl, the System for Prediction of Environmental Emergency Dose Information Network System (SPEEDI) computer system was designed in Japan to predict the spread of radioactive particles in order to effectively assess the situation and guide evacuations. However, most radiation dose-monitoring equipment and meteorological monitors were either damaged by the tsunami or were out of service because of the loss of power. In addition, the models did not incorporate all the variables needed to accurately calculate human external exposure and inhalation so the local authorities were reluctant to rely heavily on them in their decision-making process. There were also reports that initially the authorities did not know about SPEEDI, and later on played down the data to dismiss the severity of the accident for fear of having to significantly expand the evacuation zone, and to avoid compensation payments to still more evacuees.

In Fukushima, on 25 March approximately 62,000 residents were advised to evacuate voluntarily or to stay indoors. Orders to ‘shelter in place’ or to voluntarily evacuate were unclear and long-winded, leading some people to move into areas with high levels of radiation and eventually being evacuated multiple times. According to the Nuclear Accident Independent Investigation Commission (NAIIC), the Japanese government was slow in informing the municipal governments and the public about the accident and its severity. Many people were unaware of the crisis and did not take essential items when they were evacuated. For those being evacuated the greatest advantage was their level of connectedness to outside areas such as employment or relatives and friends outside the region. Others were at a disadvantage because their only recourse was to follow government-organised evacuation and be placed in temporary housing.

Radiation is invisible, and at first no obvious factors force people away or hinder migration into these regions. Migration back to contaminated areas of the Ukraine was reported as early as the end of 1986, only eight months later. The demographic composition of the returned population consisted mostly of the elderly who had had difficulty adapting to the new places and wanted to live out their remaining years in their homeland, and those who thought of Chernobyl-related financial benefits as their only means of survival. Poverty caused by resettlement, restrictions on agriculture, lack of rehabilitation and livelihood restoration programmes, and the effects of the collapse of the USSR, led to ever more people claiming such benefits.

Although the immediate evacuation after the Chernobyl disaster was carried out swiftly and effectively, there was no clear understanding of the far-reaching consequences, and no structured resettlement plan to deal with these consequences in the medium or long term. Determining obligations and responsibilities for offering protection to those moving is not simple, especially in the context of post-Soviet emigration where it is difficult to distinguish between migrants seeking economic opportunities and those fleeing because of health risks. The disintegration of the USSR and the difficult transition process intensified the consequences of the Chernobyl accident and the complexities around responsibilities for those affected.

Some 25 years later, the Fukushima-Daiichi nuclear accident raised questions over lessons learned and lessons yet to be learned from Chernobyl in terms of preparedness and mitigation of nuclear disasters but also in terms of normative and implementation gaps in dealing with the consequences of these crises. In the context of both crises, tens of thousands were permanently displaced from the immediate vicinities; thousands made the decision to move because of health concerns, environmental degradation and collapsed infrastructure; and millions remained in contaminated areas due to an absence of resources and/or opportunities, financial constraints and special attachment to their home.

In both the Chernobyl and Fukushima cases, strong governments responded with a heavy-handed approach that proved effective, to a certain extent, in evacuating immediate areas in the short term. Interestingly, the governments of Japan and the USSR both adopted top-down governance approaches too in how they communicated to their populations in the context of humanitarian crises triggered by nuclear disasters. However, a lack of information relayed to affected populations exacerbated long-term effects of the crisis on these populations. Indeed, one of the major, and unanticipated, consequences of these disasters has been the psychological effects that have resulted from unreliable and contradictory information, along with the anxiety induced by ill-planned medium- and long-term relocation efforts, the disruption of social ties, and lingering health concerns. An estimated 1,539 stress-related deaths occurred in the context of evacuation from Fukushima, which arguably could have been prevented by more active consultation and communication by the government with affected populations.

Nuclear Disasters and Displacement by Silva Meybatyan is licensed under a Creative Commons Attribution-NonCommercial-NoDerivatives 4.0 International License.
Based on a work at Forced Migration Review.

Silva Meybatyan is Adjunct Professor of Geography and Climate Studies at the University of the District of Columbia.