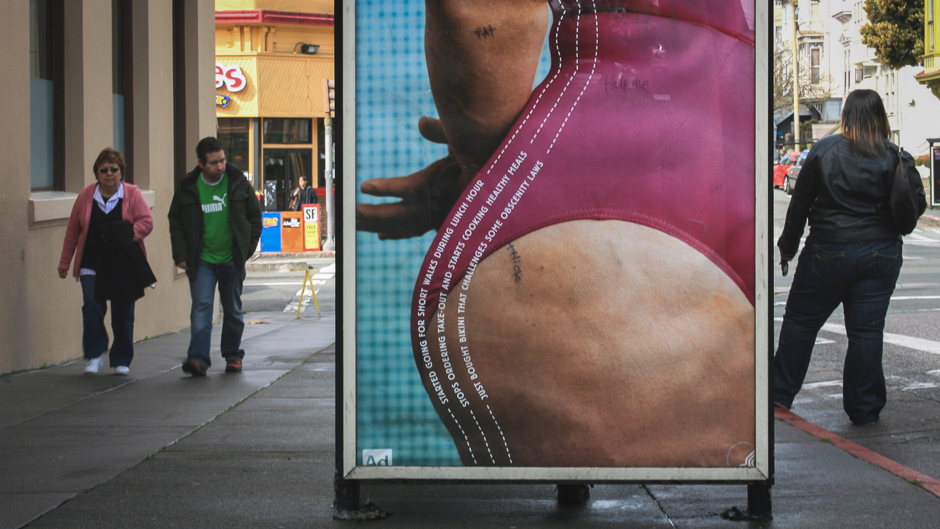 Since 1980, the number of overweight and obese people in the world has more than doubled, going from about 850 million people to over 2 billion of the 7 billion people on planet Earth.

This growing epidemic, with potential health implications for more than one in three adults worldwide, caused 3.4 million deaths in 2010 alone, according to a report published last month in the world’s foremost medical journal, The Lancet.

Excess body weight is not just a problem in high-income countries like the United States, Australia and the United Kingdom. Indeed, much of the burden is now in low- and middle-income countries, with rising rates in China and India.

Across similar timescales as the rise in obesity rates, the world has been rapidly urbanizing. In 1960, two-thirds of the total population of the world lived in rural areas. By 2008, the world passed the point where more than half of the population was living in cities. For the first time in human history, there were more ‘city-siders’ than ‘country-folk’.

The United Nations estimates that by the middle of the 21st century more than two-thirds of the world’s population will be living in cities. So, could there be a link between urbanization and this epidemic of overweight, obesity and related health problems?

That is among the questions to be addressed through the UN University’s new academic programme on connections between human health and planetary change — in particular urbanization, climate change and biodiversity loss.

Led by the UNU International Institute for Global Health (UNU-IIGH) in Kuala Lumpur, the programme is supported by a US$40 million endowment from Malaysia and other international funding.

We know that overweight and obesity arise from energy imbalance — too much food energy intake and too little energy expenditure through exercise. Many people now eat more energy-dense foods than in the past. At the same time, many people are also becoming very sedentary because of reliance on automobiles for transport, the rise of office-based work, and the use of television and computer screens for recreation.

Indeed, public health researchers have coined the term ‘obesogenic environments’ to describe the cities and towns in which we now live, learn, work and play.

For thousands of generations, our ancestors were hunter-gatherers. It was only about 10,000 years ago that humans began to take up farming as a way of life.

From an evolutionary perspective, the human body is well suited to the hunter-gatherer way of life — procuring plants and animals from the wild, by gathering and hunting — because it provides a natural diet and plenty of exercise.

The hunter-gatherer diet was very different from many of the foods for sale in today’s supermarkets, which include soft drinks, chocolates and potato crisps.

To counter this epidemic of overweight and obesity, perhaps we should strive to be ‘urban’ hunter-gatherers. What would that be like?

Urban hunter-gatherers would get plenty of exercise in daily life — walking to school, up and down stairs in buildings, to the shops, and to work. Bursts of intense physical activity — ‘hunting’ — would occur when people ran fast (e.g., running late for the bus or train) or when they cycled at speed.

An urban hunter-gatherer could gather healthy food at local shops and markets, or from a community or street garden.

While this may seem like an unusual vision for the future of our cities, it could provide valuable insights for the design of active and healthy cities.

The Lancet report concludes that no country has yet been successful in tackling the obesity epidemic. Of course, that is not a reason to stop trying.

One positive step would be for urban planners and public health workers to come together and advocate for fresh approaches to urban design and development that enable healthy ways of living.

There is an urgent need to understand and tackle the growing problem of an overweight population and the obesity epidemic in creative ways. In partnership with scholars from around the world, UNU-IIGH is striving for sustainable solutions to this grand challenge.

Dr. Anthony Capon, Director of the UNU International Institute for Global Health, is a public health physician and an authority on environmental health and health promotion with more than two decades of senior leadership and management experience in public health research, education and policy. Since 2008, he has been working with the International Council for Science to develop a global interdisciplinary science programme on health and well-being in the changing urban environment using systems approaches. He has held prestigious National Health and Medical Research Council (Australia) and World Health Organization fellowships, as well as leadership roles with the Australasian Faculty of Public Health Medicine and the International Society for Urban Health.

Science Adviser to the Prime Minister of Malaysia

Tan Sri Zakri Hamid is Science Adviser to the Prime Minister of Malaysia, founding Chair of the Intergovernmental Platform on Biodiversity and Ecosystems Services and a member of the inaugural UN Scientific Advisory Board.