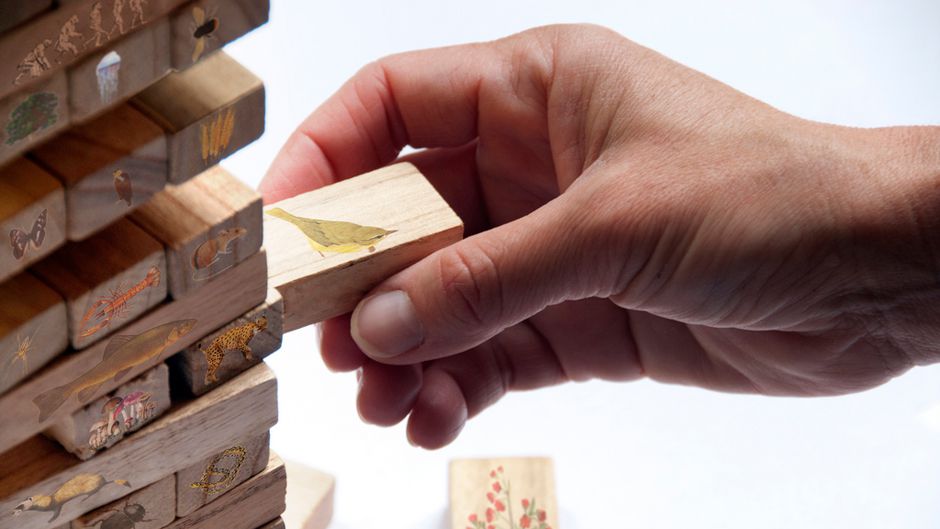 One species is added to the endangered list every week as the risk of extinction spreads to almost one-fifth of the world’s vertebrates, according to a landmark study just released.

The “Evolution Lost” report, to be published in the journal Science by more than 100 of the world’s leading zoologists and botanists, found that populations of mammal, bird, reptile, amphibian and fish species had declined by an average of 30 percent in the past 40 years.

Multiple factors have contributed to the demise, including logging, agricultural land conversion, over-exploitation, population growth, pollution and the impact of invasive alien species.

The worst die-off has occurred in south-east Asia, where hunting, dam building and the conversion of forest to palm oil plantations and paddy fields has been most dramatic. But Australia and the Andes have also suffered significant losses. 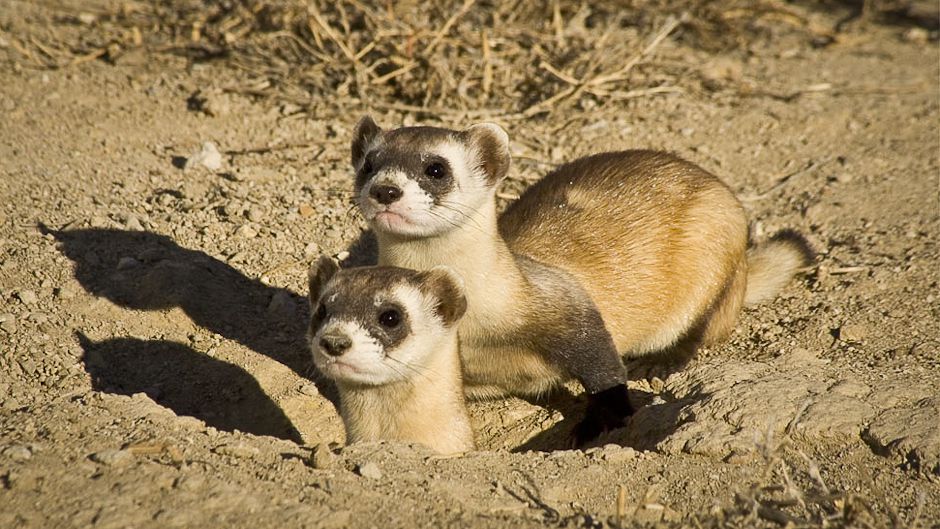 During the period 1996-2008, the Black-footed Ferret (Mustela nigripes) has been downlisted from Extinct in the Wild to Endangered. Photo: © Wendy Shattil & Bob Rozinski.

Land mammal populations are estimated to have declined by one-quarter, marine fish by one-fifth and freshwater fish by almost two-thirds, noted the study, which analyses the states of 25,000 back-boned animals on the International Union for Conservation of Nature (IUCN) “red list” of threatened species.

“This is clear evidence of why we absolutely must emerge from Nagoya with a strategic plan of action to direct our efforts for biodiversity in the coming decade,” said Julia Marton-Lefèvre, IUCN director general.

“The backbone of biodiversity is being eroded,” said veteran American ecologist and writer Professor Edward O Wilson. “One small step up the red list is one giant leap forward towards extinction. This is just a small window on the global losses currently taking place.” 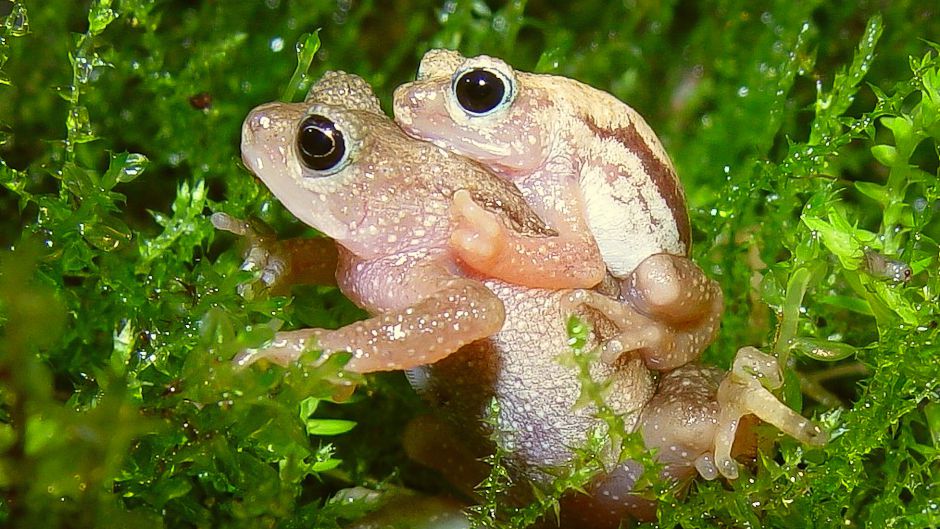 Kihansi Spray Toad (Nectophrynoides asperginis) is currently Extinct in the Wild, but is soon to be re-introduced into its natural habitat thanks to conservation efforts. Photo © Timothy Herman.

The report has been released during a crucial United Nations biodiversity conference in Nagoya that aims to draw up a new global action plan to halt the demise of plant and animal life on Earth.

While current conservation strategies have failed to reverse the decline in wildlife and ecosystems, the authors of the report say the situation would be far worse without the establishment of nature reserves, breeding programmes and protection plans.

Such measures have helped 64 species recover, including the several that were eradicated in the wild but then reintroduced, such as the California condor and black-footed ferret in the United States and Przewalski’s horse in Mongolia. 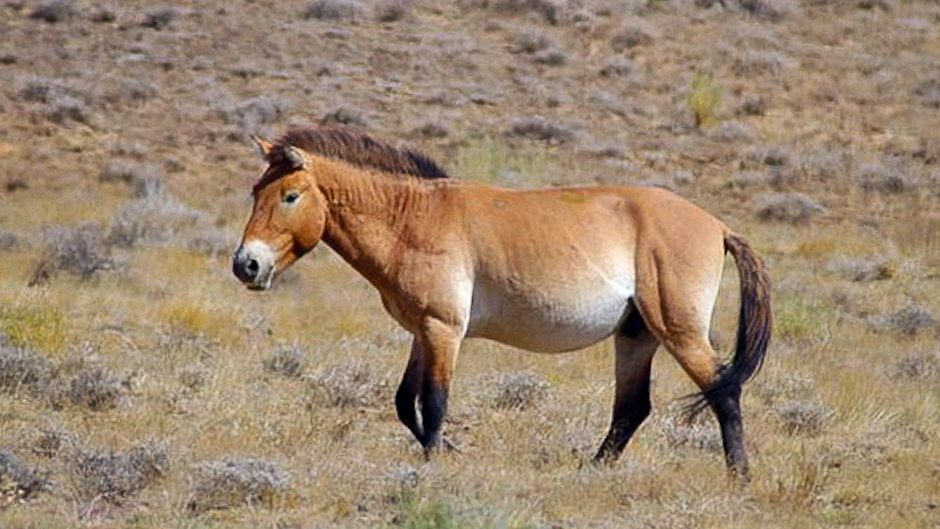 Przewalskis Horse (Equus ferus przewalskii) has been downlisted from Extinct in the Wild to Critically Endangered for the 1996-2008 period. Photo © David Blank.

The authors say the situation would be far worse without the establishment of nature reserves, breeding programmes and protection plans.

The study estimates that an extra 20% of species, such as the  black stilt, a wading bird endemic to New Zealand, would have moved higher into the threatened categories without conservation measures. The white rhino and humpback whale have also moved out of the “intensive care ward” thanks to prolonged protection measures. 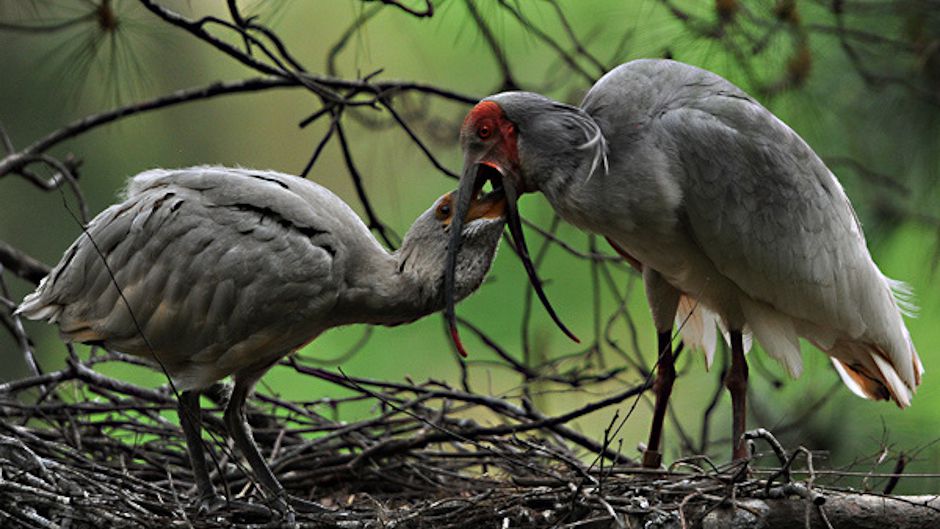 But the pressures on wildlife are outweighing the support provided by conservation efforts. None of the UN’s 2010 targets to maintain species and habitats have been achieved.

Julia Marton-Lefèvre, director general of the IUCN, called on the negotiators at Nagoya to raise their efforts to save biodiversity. “This is clear evidence of why we absolutely must emerge from Nagoya with a strategic plan of action to direct our efforts for biodiversity in the coming decade,” she said. “Conservation does work, but it needs our support and it needs it fast.”

Many species are in a perilous position. The family of life most at risk may be the oldest seed plants. Two-thirds of cycads are in a critical condition due to illegal harvesting and trade. If current trends continue, the authors say the plants will go the way of the dinosaurs.

Scientists cautioned against focusing exclusively on flagship endangered animals when the wider and closer risk was the demise of once common species, such as bees and fish, that are crucial to the food chain.

A separate study coordinated by the Royal Botanic Gardens at Kew suggested that just over one-fifth of plant species are threatened — mostly in the tropics — due to man-made habitat loss. But the extent of the risk remains unclear.

At the release of a first Asia-wide study of plants, Ma Keping, one of China’s leading botanists, said many of the region’s 100,000 plus species of higher plants were under pressure from rapid economic development, population growth, pollution and poverty. 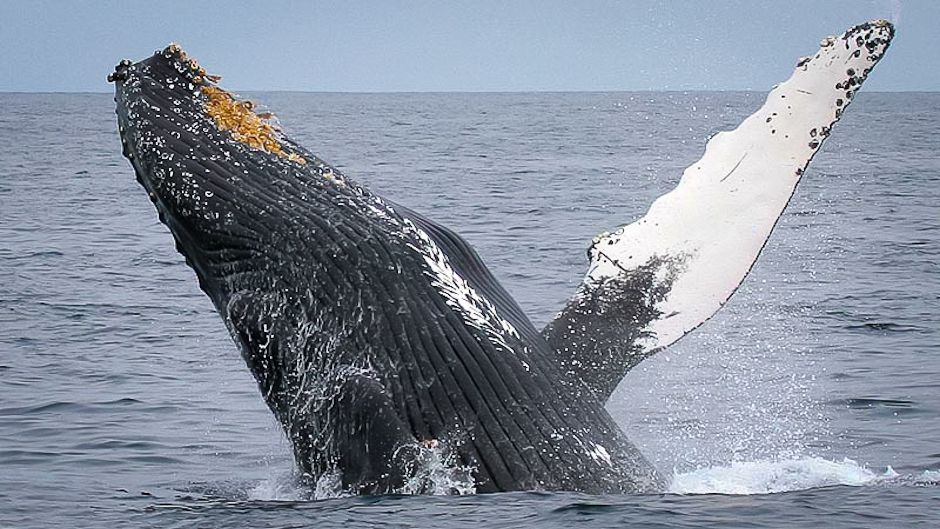 During the period 1996-2008, the Humpback Whale (Megaptera novaeangliae) has been downlisted from Vulnerable to Least Concern. Photo © Glen Tepke.

Scientists cautioned against focusing exclusively on flagship endangered animals when the wider and closer risk was the demise of once common species, such as bees and fish, that are crucial to the food chain.

“Future extinctions risks are projected to be high, but the biodiversity crisis is much more than extinctions,” said Henrique Miguel Pereira, who analysed several recent global environment assessments for Diversitas, the UN Environment Programme and other groups.

“Much of what will happen to biodiversity in 21st century is not global extinctions, but major changes in the abundance of species and the composition of communities,” Pereira said.

The co-author of his paper, Paul Leadley of University Paris-Sud, France, said the trends demanded radical change. “There is no question that business-as-usual development pathways will lead to catastrophic biodiversity loss. Even optimistic scenarios for this century consistently predict extinctions and shrinking populations of many species.”

A UN-sponsored study called “The Economics of Ecosystems and Biodiversity” calculated the cost of losing nature at $2-5 trillion per year, predominantly in poorer parts of the world.