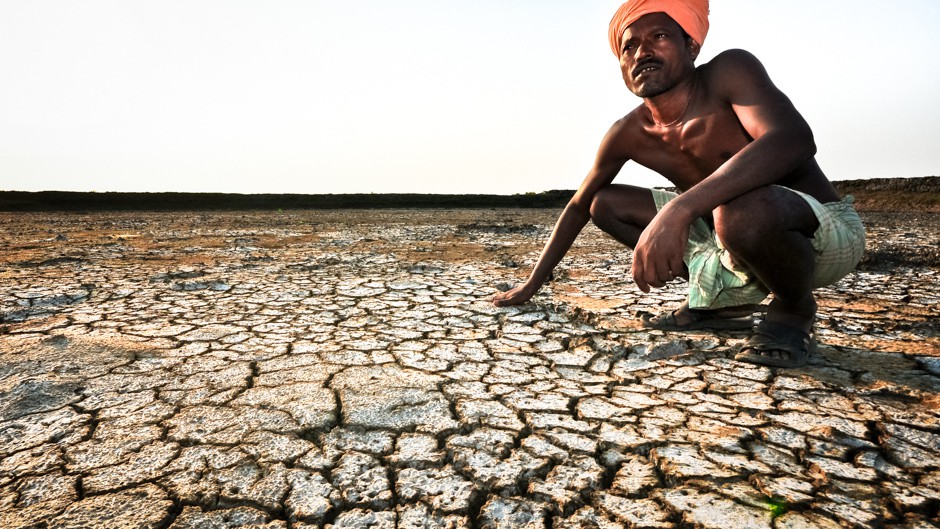 Salt is degrading one-fifth of the world’s irrigated land and causing around US$27.3 billion per year in economic losses, according to a new assessment from the United Nations University (UNU). That’s because every day for the past 20 years, an average of 2,000 hectares of farmland has been impacted by salt accumulation in arid and semi-arid regions across 75 countries. Now these lands currently cover about 62 million hectares — equal to the size of France.

Salt-induced land degradation occurs in regions where rainfall is too low to maintain regular percolation of rainwater through the soil and where irrigation is practiced without a natural or artificial drainage system. Irrigation that doesn’t include drainage management causes salts to stay behind in the root zone after the water has evaporated, affecting soil properties and reducing productivity.

What with all the other agricultural and food security challenges of today, this is a concerning trend. Which is why the UNU Institute for Water, Environment and Health (UNU-INWEH) has published a new study entitled The Economics of Salt-induced Land Degradation and Restoration authored by eight experts based in Canada, Jordan, Pakistan and Sri Lanka.

“To feed the world’s anticipated nine billion people by 2050, and with little new productive land available, it’s a case of all lands needed on deck,” says principal author Manzoor Qadir, Assistant Director of the Water and Human Development programme at UNU-INWEH. ”We can’t afford not to restore the productivity of salt-affected lands.”

Indeed, UNU-INWEH Director Zafar Adeel notes that the UN Food and Agriculture Organization projects that we need to produce 70 percent more food by 2050, including a 50 percent rise in annual cereal production to about 3 billion tonnes.

“Each week the world loses an area larger than Manhattan to salt degradation. A large portion of the affected areas in developing countries have seen investments made in irrigation and drainage but the infrastructure is not properly maintained or managed. Efforts to restore those lands to full productivity are essential as world population and food needs grow, especially in the developing world.”

Published in the UN Sustainable Development journal Natural Resources Forum, the paper details crop productivity losses at farm, regional, and global scales, the cost of doing nothing and the net economic benefit of preventing and/or reversing land degradation.

The study estimates that the inflation-adjusted cost of salt-induced land degradation in 2013 was US$441 per hectare, which puts global economic losses at US$27.3 billion per year. The estimated cost of crop losses was drawn from a review of more than 20 studies over the last 20 years in Australia, India, Pakistan, Spain, Central Asia and the United States.

The paper presents selected case studies that highlight the potential for economic and environmental benefits of ‘action’ to remediate salt-affected lands compared to taking ‘no action’.

Even in the US’s Colorado River Basin, studies show the annual economic impact of salt-induced land degradation in irrigated areas at US$750 million.

“It is important to note that the above numbers on global cost of salt-induced land degradation refer to economic losses based on crop yield losses only,” the paper says.

“These costs are expected to be even higher when other cost components such as infrastructure deterioration (including roads, railways, and buildings), losses in property values of farms with degraded land and the social cost of farm businesses are taken into consideration. In addition, there could be additional environmental costs associated with salt-affected degraded lands as these lands emit more greenhouse gases, thus contributing to global warming.”

Salt-induced land degradation may also affect the business sector negatively either directly or indirectly, targeting their inputs, outputs, or processes. The businesses in close connection with natural resources may be affected, such as those dealing with basic resources (forestry, wood, pulp, and paper), food and beverage, construction and materials, industrial goods and services (transportation and packaging), utilities (water and electricity), personal and household goods (clothing, footwear, and furniture), leisure and travel (hotels and restaurants), and real estate. Therefore, reversing salt-induced land degradation would help these sectors achieve potential economic gains by providing needed levels of materials and services.

Although there are investment costs to preventing and reversing land degradation, or to restoring degraded land into productive land, these costs are much less than the costs of allowing land degradation to continue and intensify. But investing in effective remediation of salt-affected lands should be part of a broader strategy for food security that would be defined in national action plans, the authors argue. This approach would ensure that barriers to the adoption of sustainable land management, including perverse subsidies, are identified and removed.

While reversing salt-induced land degradation would obviously take several years, the authors say that interim salinity management strategies could set the course for effective remediation while showcasing the importance of reversing land degradation and illustrating the rewards of investing in sustainable land management.

One-fifth of Global Farm Soil Degraded by Salt by Carol Smith is licensed under a Creative Commons Attribution-NonCommercial-ShareAlike 4.0 International License.