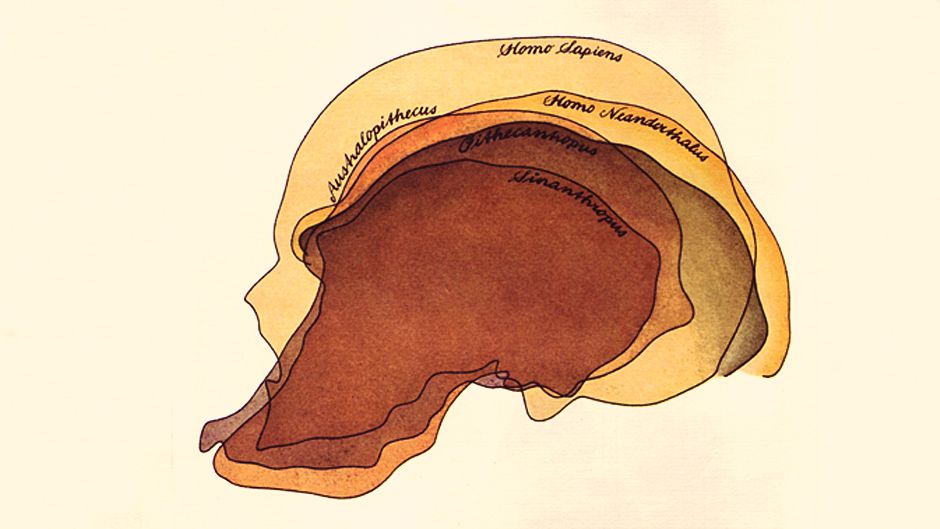 The core vision of the United Nations Our World 2.0 research community is simple and brimming with hope. If we are to successfully overcome the potentially catastrophic consequences posed by the simultaneous threats of climate, oil, food and biodiversity crises, we must upgrade and build a better, more collaborative world.

This is a vision shared by many individuals, corporations, NGOs and governments around the globe and the response so far has been an intense focus on the development of technological solutions — or ‘hardware’.

Renewable energy is one such example. In fact so great has been this pursuit of ‘hardware’ for a low-carbon, sustainable society that humanity is now in an extremely fortunate position. Should we choose to do so, we could supply, by 2050, up to 80% of the world’s energy needs with renewables.

Considering that solutions to the climate crisis are within an arm’s reach, it is hard to comprehend how we as a species have failed to date in our attempts to respond to a threat that some believe has put a question mark over the entire future of humanity. For those who reject the idea that we are ‘failing’, it is worth pointing out a few sobering facts here.

Firstly, United Nations Framework Convention on Climate Change negotiation processes over the past few years have failed to secure a post-Kyoto treaty capable of bringing about the massive cuts in emissions by 2020 required to avoid ‘dangerous’ climate change. In fact, the current aggregated reduction pledges from both industrialised and developing nations seem likely to result in a scorching 4.1 degrees increase in global temperatures by 2100.

[quote quote=”Reports from the climate science community are becoming more and more striking each year. The more we know, the worse it gets.” type=”image” image=”3450″ ]

Secondly, reports from the climate science community are becoming more and more striking each year. The more we know, the worse it gets. One recently released report from the Oslo-based Arctic Monitoring and Assessment Programme, for example, tells us that seas are set to rise over the next century by a further 0.9-1.6 metres. With such significant damage now programmed into the oceans, it will not only be small island states like Tuvalu and Nauru about which humanity must be concerned.

In light of this failure to divert from our path of ecological and potential self-destruction, surely it seems unreasonable, therefore, to keep blaming our ‘hardware’. Clive Hamilton and Dianne Dumanoski are two critics who argue that what we have incorrectly labelled as a ‘climate’ and ‘environmental’ crisis is in fact an external manifestation of an intellectual crisis at the heart of our modern civilisation.

Both of these authors assert that the root cause of our difficulties lies in our view of reality. They contend that our shared worldview — based upon principals such as atomistic or mechanical materialism, duality, anthropocentrism, separateness and reductionism — has been heavily shaped by outdated scientific insights that formed the catalyst for the Scientific Revolution approximately 300 years ago. In other words, our crisis is one of software and not hardware.

The logic behind this contention is simple. As well as serving as a guide and justifying certain courses of action, our shared view of reality and the universe also influences our beliefs and values. As a species, over thousands of years we have understandably sought better lives through economic and social development.

However, in modern times we have focused our values on material gain and economic growth to the point where we are unable to choose an alternative course of action, even when faced with the knowledge that the global economy is in the process of devouring the very physical space in which it operates.

The seeds of a new consciousness

Yet, amid this time of economic unease and ecological devastation, there are increasing signs that an alternative paradigm is emerging — one based upon principles of consciousness, spirit, oneness or non-duality, interconnectedness and holism.

Many individuals, corporations and scientific institutions around the globe are beginning to move away from the worldview that has characterised humanity’s rocky relationship with Mother Earth since the Scientific Revolution.

It is surprising to see that some leading thinkers are actually excited and able to draw meaning from our plight. Australian climate change campaigner Tim Flannery is of the view that the human species is in the process of evolving into a ‘super organism’ where the citizens of the globe will eventually abandon notions of nationality and national interest and function in an organised and collective way, as can be observed in ant communities for instance.

This is a fortunate observation as the environmental and global challenges threatening our civilisation are so great that they cannot be solved by one nation or group of people.

This vision of an emerging ‘global tribe’ is of course commonly found through online initiatives including this inspiring short film available at the Global Oneness Project.

In this transition to a global species the ecological and societal upheavals that we are currently witnessing could be a necessary part of that evolution. As Dr. Robert Atkinson from the Institute of Noetic Sciences, another proponent of this view, points out “…the crises we are facing are essential to the process. They are evolutionary drivers, accelerating our spiritual development.”

One aspect of this change relates to our identity with traditional political entities such as nation-states. More and more individuals, particularly ‘digital natives’ are moving away from notions of belonging to a particular nation or group and identifying themselves as global citizens. In fact, World Public Opinion.org has found that 34% of people aged between 18-29 now define themselves as global citizens.

In an age where 700,000 new facebook users register each day, we can assume that this process will no doubt be fuelled by a further expansion of the Internet, international trade and exchange.

Oneness of humans and the universe

The idea that all human beings are essentially one compliments the notion that we need to start viewing events and phenomena holistically. This shift of awareness away from separateness and reductionism can be observed in many scientific fields such as biology and ecology. In these disciplines, scientific analysis until now has typically focused on certain populations or parts of entire eco-systems of which the results are then fused together in order to give an explanation for the whole.

Yet, as physicist Fritjof Capra has been documenting since the early 1980s, the idea of an independent organism or independent physical entity in nature has become problematic. This is based upon the observation that the seemingly separate entities making up entire eco-systems are, in reality, highly complex, interconnected and self-organising networks of energy and matter.

This awareness has led to a paradigm shift in scientific enquiry and the long overdue acknowledgement of the Aristotelian truth that “the whole is greater than the sum of its parts.”

This systemic view leads to the conclusion that all life on Earth is interconnected, interdependent and part of a larger biosphere. In fact it is this notion that forms that the core of James Lovelock’s Gaia theory. In this alternative vision of reality, the modernist notion of a dead Earth is replaced by that of a living planetary organism. By doing so, it offers the view that we humans are also citizens of the biotic community.

As a result of this shift of awareness in contemporary science, wisdom found within like-minded worldviews of countless indigenous peoples, that envisions all life as one, takes on credibility from the view of Western science.  All life forms, including humans, become an indispensable element of a living whole, which does have a purpose — that of maintaining the life-supporting balance of the entire planet.

This philosophy reminds us that all elements on Earth, from ants to oceans, from bacteria to elephants, are sacred and that they do have value. As pointed out by Lovelock himself, “when we eliminate one of these from Earth, we may have destroyed a part of ourselves, for we also are a part of Gaia”.

Re-defining the building blocks of the universe

The belief that nature consists of nothing more than dead-matter conforming to mechanical laws has long been challenged from the perspective of leading hard scientists. 1918 Nobel Prize winning quantum physicist Max Planck (1858-1947), regarded as one of the most important physicists of the 20th century, was one of the first to articulate this paradigm shift in the hard sciences. He spoke of a “conscious and intelligent mind” that brings the particles of an atom to vibration and then holds them together, referring to this mind as the “matrix of all matter”.

This notion has been further developed in recent times by the Unified Field Theory.  According to quantum physicist John Hagelin, this theory has succeeded in identifying “a single, universal field of intelligence in Nature” from which all of the laws of the universe originate.

In this quantum challenge to the modern worldview, all matter is just the physical reflection of a universal ocean of intelligence and consciousness. It is consciousness that forms the most basic building blocks of the universe. In other words, the physical world can no longer be considered a simple lump of matter and motion as advocated by the mechanical and materialistic view of modern science.

Over the past 250 years, industrialised society has become intoxicated by the materialistic worldview of modern science and built our entire civilisation and identity on an incomplete and hazardous understanding of reality. The result of this failure to see the interconnectedness and aliveness in our world has been a relentless pursuit of economic ‘progress’ through individual and nationalistic behaviour. Worse still, we have even allowed this to define our individual and collective ‘happiness’.

‘Operating System (OS) Homo Sapien’ is in desperate need of an upgrade. As long as international climate negotiations are founded upon the interests of individual nations, they will be doomed to failure. As long as we interpret reality only through the materialistic lens of modern science, any damage done to the natural world in the aim of improving or maintaining our material existence will be justified. The economy will always take priority over the environment.

Although still in the process of inventing itself, the snippets of a new vision of reality outlined in this article could possibly form a new human intelligence to guide our collective actions and decisions throughout the 21st century.

Most importantly, this view of reality is offering us the precious chance to reconciliate the great divide between mind and matter and ‘re-enchant’ the physical world from which modern science snatched away any notion of inner life. In a world where Nature was considered as alive and possessing intrinsic value, the continued destruction of the Earth’s environment in the name of economic progress would be considered wrong. As such, this new interpretation of our terrestrial existence has much potential to justify the rescuing of the Earth’s climate and eco-systems.

It is no small event that some of the most eminent scientists on Earth are beginning to articulate a new vision of a living, interconnected planet and human species.