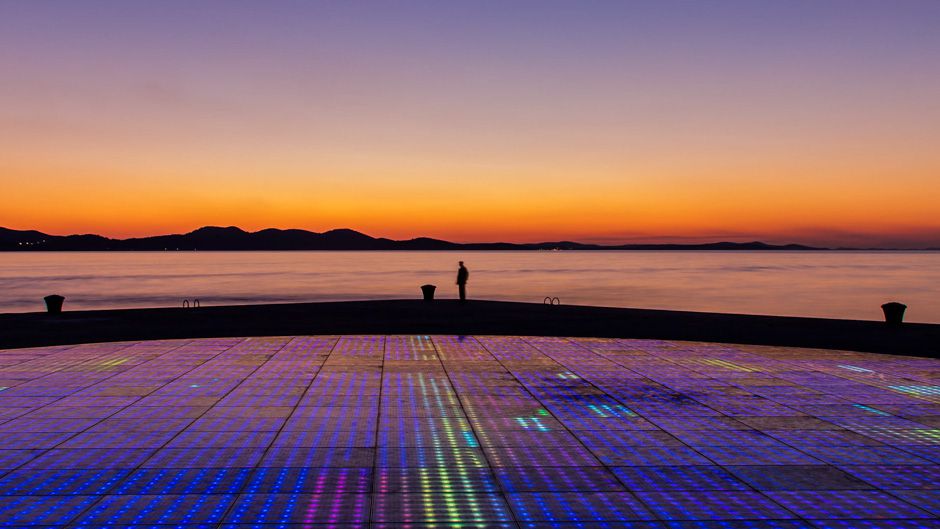 We were inspired by three ideas. The first, which has been outlined by the Intergovernmental Panel on Climate Change (IPCC), was that in order to keep the increase in global temperatures at 2°C it would be essential that the emissions of greenhouse gases peak by around 2015 and then begin to decline.

The second was the estimate made by some peak oil specialists that the production of conventional oil could peak before 2015.

The third was that 2008 marked the mid-point in achieving the 2015 UN Millennium Development Goals (MDG). Although MDG progress had been made, it was clear that environmental gains were lagging if targets were to be met. Greenhouse gas emissions continued to vastly trump growth of sustainable energy technologies and despite a healthy rise of renewable energy investment (e.g., wind, solar, geothermal) these forms of sustainable energy still only accounted for about 0.5 percent of total energy consumption.

Our thinking in launching the magazine was that we could raise awareness of these issues and start to build a community of people interested in potential solutions to these global environmental challenges. If enough people are aware, we thought, then we could contribute to the momentum towards transitioning to a low carbon, post-fossil fuel future.

We also did not want to fall into the trap of trying to explain every problem that happens across the globe as being a result of climate change or peak oil. We added the themes of food security and biodiversity, with the aim of showing how the issues and solutions interact.

We could, and perhaps should, add other topics (and may do so in the future). But many readers have said they appreciate the fact that we are focused on solid themes, while at the same time promoting thinking that recognizes the interconnections between these and other issues. There is a real need to look at things in this world more holistically. This is because sometimes the solution to one problem can be the cause of another, as we have seen with the proliferation of biofuels contributing to a rise in food prices.

The articles published in Our World look at these problems and share ideas for potential solutions. Over the past four years, it has been no simple task for our small team to maintain the momentum of the Our World webzine (with three articles per week) in English and Japanese. But we are really happy that so far we have managed to publish over 500 articles, to reach over one million people and to have had thousands of interactions with you, our readers.

The importance of community

Back in 2008, we were completely new to the whole idea of social media and building online communities. Our World was the first attempt by the United Nations University to use these new tools to reach out. Our team includes talented web designers, video producers, writers, editors and researchers, but we did not have experience with Facebook, Twitter, YouTube and whatever the next big platform will be. So we had to learn as we went along.

We can remember our first tweet, our first follower, our first Facebook post, our first video on YouTube, and the first comment we had on an article. We are still learning when it comes to the engagement with the Our World community via social media, but we are delighted that we have close to 10,000 combined followers/friends from across the world, equivalent to a small town. Perhaps more importantly, however, is that we really appreciate the 10,000 or so members of the Our World community, many we recognise now by name as we read your “tweets” and see your “likes” on Facebook.

We would of course like to grow into a big town (like Treehugger with 173,000 friends on Facebook) or even a big city (like the Guardian with 460,000 friends). To get there will probably require an expansion of content in a competitive and admittedly resource-constrained environment. This is one of the reasons why we enthusiastically joined the Guardian Environment Network, which enables us to share our content with a wider community of readers, writers and advocates on environment and sustainability issues.

From the start we have been dedicated to growing an online community rooted in open exchange. Sustainable solutions thrive when knowledge is shared freely and debate is encouraged. After four years, Our World remains committed to publishing content under a Creative Commons license whenever possible.

The production of videos for Our World by our in-house team has always been an important and vibrant part of this online magazine. It is also an area that is greatly appreciated by you. We are delighted that we have reached over 3.6 million people via YouTube.

One story in particular, Plastic to Oil Fantastic, has accounted for a majority of these views, and has been copied to other YouTube Channels. It is the only video that we have produced so far that has gone viral (YouTube considers videos with over one million views as viral). The reason is that it presents a positive, solutions-based story and a really cool invention. The video has 2,000 likes on Facebook, and the accompanying article on Our World has been re-tweeted 423 times and has had 7,500 Facebook likes.

Sometimes we wish that every article and video could receive as much attention, but perhaps that is the challenge of the web and social media, and the key is to understand the secrets of success in online communication (which we are still trying to figure out). But then again, the numbers mentioned above are an indicator of success. They may represent people who had never heard about peak oil before. They may represent engagement from people who were skeptical about climate change, or who are coming across the issue of biodiversity loss for the first time. They may represent people who are worried about one or another aspect of food security, but had not considered the links to energy, climate and biodiversity.

Most of all we want to express our appreciation to you for taking the time to follow, read, comment, like and most importantly share what is on Our World. We also want to thank our partners who share content with Our World (The Guardian, Deutsche Welle Global Ideas, NHK, the British Council, Inter Press Service) and those who syndicate our articles and spread the word across their networks.

The state of things

Overall, the four years have passed quickly. Just recently, we note that the Rio+20 summit is over. All the delegates have returned home. The UN Secretary-General, Ban Ki-moon has warned that “…if these actions are not implemented, then this will merely be a piece of paper (the outcome document).”

In the run-up to the summit, there were numerous reports and scorecards indicating that we are not doing enough to turn this world around towards a sustainable future. For instance, in 1990, we were pumping 22.7 billion tonnes of carbon dioxide into the atmosphere and by 2012 this had risen to 33 billion tonnes. Some 30% of amphibians, 21% of birds and 25% of mammal species are at risk of extinction.

In a recent lecture to the Association for the Study of Peak Oil and Gas (APSO), Robert Hirsch, energy official/industry expert turned peak oil commentator, stated that conventional oil production will begin to decline in the next 1 to 4 years, with serious economic consequences. This assertion is contradicted, however, by a recent report from Leonardo Maugeri, published by Harvard University, that suggests we are entering an oil boom driven by technological breakthroughs and new investment that could raise oil production to 110 million barrels per day by 2020. The history of the peak oil debate is littered with examples of overly-optimistic and overly-pessimistic predictions. What is clear, however, is that sooner or later these predictions will converge.

At the same time, some pretty amazing things have happened including the dramatic recent growth in investment on renewable energy and the gradual increase in the number of electric cars on the streets. Four years ago we used to joke that we only saw electric cars as prototypes at car shows. Now your next car can be electric.

Another good news story is the fantastic growth that we have seen in the Transition movement with hundreds of new communities each year embracing the energy, climate and food challenge and searching for a new economic model that is inherently local and focused on genuine well-being and sustainability.

Yet it remains crystal clear that we need to upgrade our world’s operating system to version 2.0: we need cumulative changes in the way we develop and use the things provided to us by the planet. That transition is already well underway as evidenced by the many stories that we have presented over the past four years. And over the next four years, we are going to see more dramatic changes.

But perhaps Nate Hagens describes our challenge most effectively in his talk at the same ASPO 2012 conference when he said:

“The time for advocacy is over. We have to shape the future now. And I think we have to get together with other organizations, the climate people, the sustainability people. There are tons of well-intentioned, smart people with resources working on shaping a better future. …. We need to cross pollinate with them on this situation because too many people have their own petty projects and there needs to be somehow a systemic alliance on these things.”

In some respects that was the goal of Rio+20. It sought to help us define “The Future We Want” but we are not going to get there with just one conference or just another website. The transition we need is much bigger than that.

Most importantly, we are going to see it unfold (not unravel) before our very eyes. Stick with Our World for more anniversaries to come.