Out of the Poverty Trap Through Higher Aspirations? 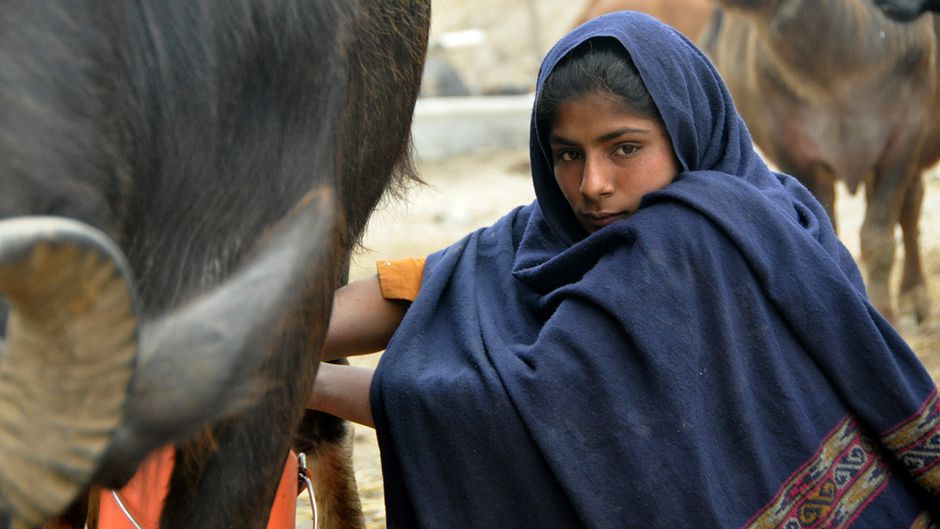 Why does a mother from a poor African village not send her daughter to school, but instead marries her off to an old man as a second or third wife? This way poverty is inherited from parent to child. Or why does a boy from a remote village in a developed country, such as a Finland, drop out from school and stay unmarried for the rest of his life in the declining countryside? How could an economist contribute to answering these questions?

The answer to the first question is of course that the poor family from a developing country most probably cannot afford to educate their child. However in the case of a young man from a Nordic country the answer is not so obvious. Poverty in itself does explain some of this behaviour, but new economic research incorporating theories from psychology implies that there are other important factors behind these decisions.

One often-cited reason the poor tend to stay poor is that they lack the specific skills and knowledge that are needed for economic success and due to inherited attributes their children are also poor. However, Anandi Mani and colleagues show that that this causality also works the other way round: poverty itself eats away intellectual resources. They study two very different sample groups — Indian farmers and customers from a shopping center in Boston — to look further into this effect.

The participants from both groups were asked to do a short IQ test, as well as a test measuring their cognitive control at the beginning of the study. In India the same farmers were given the tests just after harvest (when the farmers are relatively wealthy) and just before the new farming season (when the farmers have the least income). The results showed that the farmers performed significantly worse just before the new farming season when they lived in relative poverty. The customers at the shopping centre, on the other hand, were asked to state their income as well as to imagine a distressing money-draining situation within the same testing situation. The poor and the rich performed the same in these tests but poor people that were reminded of distressing economic situations performed significantly worse compared to the rich.

The cause for these results is easy to understand: poverty takes up our attention, and our intellectual capacity is limited in the same way as our budgets are. The required attention and worrying eats away at our intellectual resources. Similarly, it is easy to understand how poverty can distract your attention from long-term planning to day-to-day survival. If you have to struggle to feed your family every day, it is hard to find the strength to plan for your children’s education, a task that may require decades of saving. Thus the so-called poverty trap is in place: poverty affects the saving rate by creating problems which distract intellectual attention which could have been devoted to planning for the future, and the resulting low saving rate eventually causes the poor to remain poor.

The other mechanism that maintains poverty traps is known as ‘aspirations failure’. If the inhabitants of a poor village have for centuries lived according to the same traditions and the young see their peers making decisions that do not change their lives, it is understandable that their own aspirations are set at a, perhaps inappropriately, low level. Geographic isolation can also enforce this behaviour, especially when success will often mean moving away from an area and thus not being present to provide a positive role model. Of course the poor also suffer from lack of possibilities but it is entirely plausible that low levels of aspirations have a role to play. Could it be that these psychological factors are to blame for the social exclusion of Finnish youth today? Hardly any of us are perfectly equipped to make long-term decisions at twenty.

How to influence aspirations?

Bernard Tanguay and colleagues have studied this using an experimental setting in Ethiopia. People from randomly chosen villages were shown a video where inhabitants of a similar countryside village had succeeded in enhancing their standard of living by restructuring their businesses, a placebo group was shown normal Ethiopian entertainment programmes, while the rest belonged to the control group which was subject to no interventions. All participants’ aspiration-setting was surveyed both six months prior and after the intervention. As it turned out the group that had seen the inspirational video did set higher goals for themselves and it was reflected in real economic decisions regarding saving, loan-taking, and educating offspring. Time will tell if the researchers gave these villagers just forlorn hope or if the change in attitudes was also reflected in long-term improvement in welfare.

So, how to get out of the poverty trap?

At the very least, policymakers should not reinforce these traps with unnecessary bureaucracy that makes self-help more difficult; for example, have we really done everything we can to dismantle the bureaucracy traps unemployed people face in rich countries? It also seems that alleviating a distressing economic situation could enable people to make better decisions — this would be one more reason to increase the use income transfers in poor countries. However, to avoid people setting their level of aspirations too low, for now it would be wise to make at least part of the transfers conditional on spending resources on means to improve long-term well-being, such as health and educational investments.

Out of the Poverty Trap Through Higher Aspirations? by Jukka Pirttilä is licensed under a Creative Commons Attribution-NonCommercial-ShareAlike 3.0 IGO License.

Jukka Pirttilä is a Research Fellow at UNU-WIDER. He is on leave from the University of Tampere, where he is a professor of economics.

Seeking Answers About Health on Day for the Eradication of Poverty

Breaking the Poverty Trap: The Power of Cash Grants

Education is the Answer to Sustainable Development