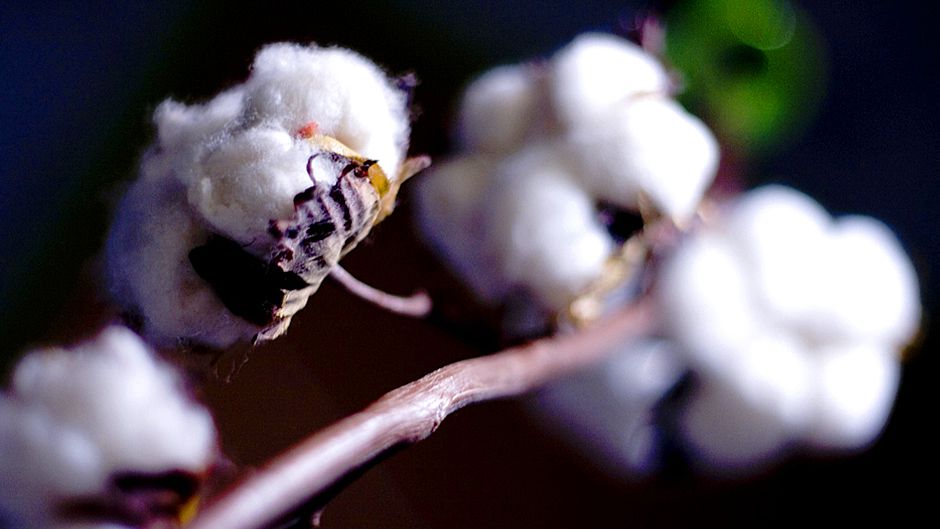 Scientists are calling for the long-term risks of GM crops to be reassessed after field studies revealed an explosion in pest numbers around farms growing modified strains of cotton.

The unexpected surge of infestations “highlights a critical need” for better ways of predicting the impact of GM crops and spotting potentially damaging knock-on effects arising from their cultivation, researchers said.

Millions of hectares of farmland in northern China have been struck by infestations of bugs following the widespread adoption of Bt cotton, an engineered variety made by the US biotech giant, Monsanto.

Outbreaks of mirid bugs, which can devastate around 200 varieties of fruit, vegetable and corn crops, have risen dramatically in the past decade, as cotton farmers have shifted from traditional cotton crops to GM varieties, scientists said.

Traditional cotton farmers have to spray their crops with insecticides to combat destructive bollworm pests, but Bt cotton produces its own insecticide, meaning farmers can save money by spraying it less.

But a 10-year study across six major cotton-growing regions of China found that by spraying their crops less, farmers allowed mirid bugs to thrive and infest their own and neighbouring farms.

The infestations are potentially catastrophic for more than 10 million small-scale farmers who cultivate 26 million hectares of vulnerable crops in the region studied.

[quote quote=”Our work highlights a critical need to do ecological assessments and monitoring at the landscape-level to better understand the impacts of GM crop adoption.” author=”Dr Kongming Wu at the Chinese Academy of Agricultural Sciences in Beijing” type=”text” ]

The findings mark the first confirmed report of mass infestations arising as an unintended consequence of farmers using less pesticide – a feature of Bt cotton that was supposed to save money and lessen the crops’ environmental impact. The research, led by Kongming Wu at the Chinese Academy of Agricultural Sciences in Beijing, is published in the US journal, Science.

“Our work highlights a critical need to do ecological assessments and monitoring at the landscape-level to better understand the impacts of GM crop adoption,” Dr Wu told the Guardian.

Environmental campaigners seized on the study as further evidence that GM crops are not the environmental saviour that manufacturers have led farmers to believe.

“This is a massive issue in terms of the environment, but also in terms of costs for the farmer. The plan with GM crops was to reduce costs and environmental impact, but neither of these things seem to be happening, because over time, nature takes its course, and that was bound to happen. The supposed benefits in yield can be cancelled out by unintended consequences like this,” said Kirtana Chandrasekaran, a food campaigner at Friends of the Earth.

[quote quote=”Reliance on GM is not sustainable. We need to get back to using local varieties of crops that are adpted to the conditions, and develop an integrated system of pest management.” author=”Kirtana Chandrasekaran, a food campaigner at Friends of the Earth.” type=”text” ]

In the past decade, farmers in India and elsewhere have noticed that herbicide-tolerant GM crops have developed resistance to pesticide sprays, again reducing the benefits of the crops, Chandrasekaran said. “Reliance on GM is not sustainable. We need to get back to using local varieties of crops that are adpted to the conditions, and develop an integrated system of pest management.”

While many countries around the world have embraced GM crops, they have never taken root in Britain, where multinational companies have faced protests and vandalism to crop trials in recent years. Britain’s large-scale field trials of herbicide-tolerant GM crops in 2003 found changes in herbicide use had an impact on weeds and insects that might also affect country wildlife.

Dr Wu’s team monitored insecticide use from 1992 to 2008 at 38 farms throughout the six northern Chinese provinces of Henan, Hebei, Jiangsu, Anhui, Shandong and Shanxi. They also kept records of mirid bug populations at the farms between 1997 and 2008.

Before switching to GM cotton, farmers used more broad-spectrum insecticides to kill bollworms and other pests. But as more farmers began growing Bt cotton, their use of sprays declined, leading to a steady rise in pests, including mirid bugs.

Over the decade-long study, cotton farms flipped from being a grave for mirid bugs to a source of the pests, where populations grew rapidly and then spilled out to feed on a variety of flowering crops in neighbouring farms.

Bt cotton is modified to produce a natural insecticide that is made by a soil bacterium called Bacillus thuringiensis. The toxin specifically targets bollworms, which can devastate cotton yields.

This article was originally published on guardian.co.uk on 13 May 2010.

Ian Sample has been a science correspondent for the Guardian since 2003. Before that, he was a journalist at New Scientist and worked at the Insitute of Physics as a journal editor. He has a PhD in biomedical materials from Queen Mary’s, University of London