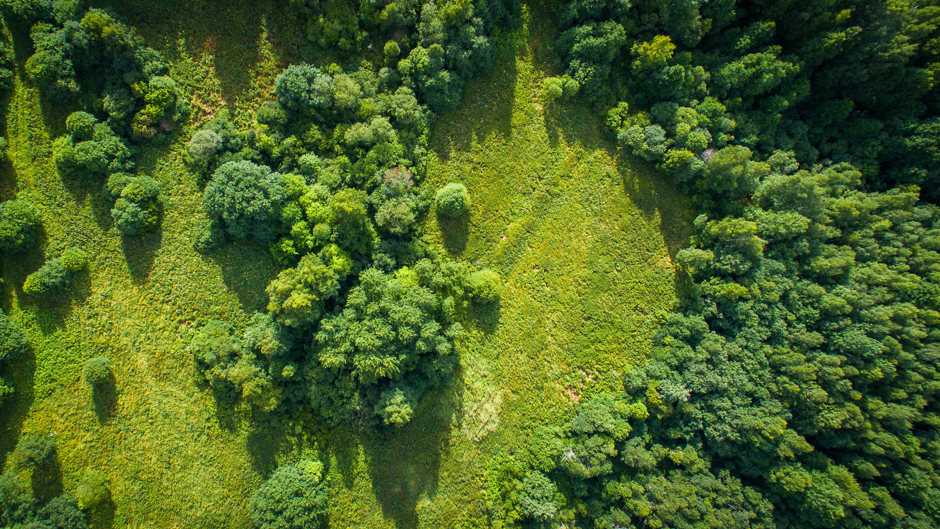 Thanks to the climate crisis, we are fast approaching the “point of no return”, according to world leaders. We are also in the midst of the sixth mass extinction. And the state of worldwide land degradation has also reached a critical level: ever-increasing demands for food production, urbanisation, and economic development have led to large and extensive land conversion. All of these issues are, of course, interconnected.

Across the world, we are seeing severe drought and water scarcity; soil erosion and contamination; soil, organic matter, and nutrient depletion; acidity and salinity; disruption of hydrological and biological cycles; and species extinctions. All of these issues place unprecedented pressure on finite land resources over the planet. An astonishing 33% of the world’s land is moderately or highly degraded and in urgent need of restoration.

Land degradation is globally recognised as a major contributor to global warming. The Intergovernmental Science-Policy Platform on Biodiversity and Ecosystem Services (IPBES) estimated in 2018 that 10% of human-induced greenhouse gas emissions are derived from deforestation alone.

Even this is probably an underestimate. Soils are disturbed during and after deforestation, and the carbon previously stored in the soil is subsequently released in the form of CO₂, further driving global warming. Soils are capable of holding three times as much carbon as the atmosphere; they are fundamental to mitigate climate change.

Given the high potential and importance of soils and woody biomass to store carbon and offer numerous ecosystem services that are vital to all life, planting trees is often advocated as the most cost-effective way to keep global warming under 2°C and an urgent priority to prevent, reduce, and reverse land degradation and to avoid conflict and migration. There is much support for this approach from national policymakers.

It’s brilliant that the tide seems to be turning, and the value of land is being recognised again. But we must be careful about how reforestation takes place, as there’s no such thing as a free lunch.

For example, lands subject to certain climatic and ecological circumstances have a very limited amount of water to support tree growth. In general, the more water available for tree growth, the larger trees grow and the more carbon they store. It’s obvious, then, that a close relationship exists between water and the carbon cycle.

This is not purely conjectural: it has already proved a problem in parts of the world that have already embarked on ambitious tree-planting projects.

In China, for example, an enormous investment has been made by central and local governments to plant trees since the late 1970s. Today, China plans to increase its forest coverage rate to 23% by 2020, to 26% by 2035, and to 42% by 2050. This is not just a state effort: private companies, Alibaba and Alipay, the e-commerce giant and global leader of mobile payment, aims to invest US$28 million into tree-planting projects.

As a result, total forest area in the Asia-Pacific region has been increased by more than 17 million hectares over 25 years, owing to afforestation – the establishment of new forests. These new forests are mostly in China due to the country’s afforestation investment strategy. In a targeted area the size of France – the Loess Plateau – the forest cover doubled from 50,000 to 100,000 km² between 2001 and 2016.

But while China becomes greener, the health of freshwater systems deteriorate. A recent study my colleagues and I conducted on China’s afforestation effort provides evidence that replacing natural grass vegetation with unmanaged artificial black locust plantations – a fast-growing non-local species – for soil conservation and carbon sequestration has significantly changed the water availability, as well as whole water cycle.

Black locust plantations – which make up the bulk of the China afforestation – are much more thirsty than natural grassland. They use 92% of annual rainfall (700mm in a wet year) for biomass growth, leaving only 8% of annual rainfall for human uses. As a result, not enough water remains to recharge groundwater or flow into rivers and lakes. We found that deep percolation (the water moving from root zone into groundwater) in years with average or lower-than-average rainfall can be expected to be close to zero.

There are persistent misconceptions about the role of tree-planting in regulating and providing water among scientists, land managers, policymakers and the public. China’s afforestation efforts should be a warning to other nations considering how to establish new forests, because global and national long‐term greening efforts in areas with land degradation, water shortage, and drought problems must not compromise the safety of water supply at local and regional levels.

Lulu Zhang is a Senior Research Associate at the Soil and Land-use Management Unit at the UNU Institute for Integrated Management of Material Fluxes and of Resources (UNU-FLORES). She holds a Dipl.-Ing. degree in Environmental Protection and Regional Planning from Technische Universität Dresden in Germany.