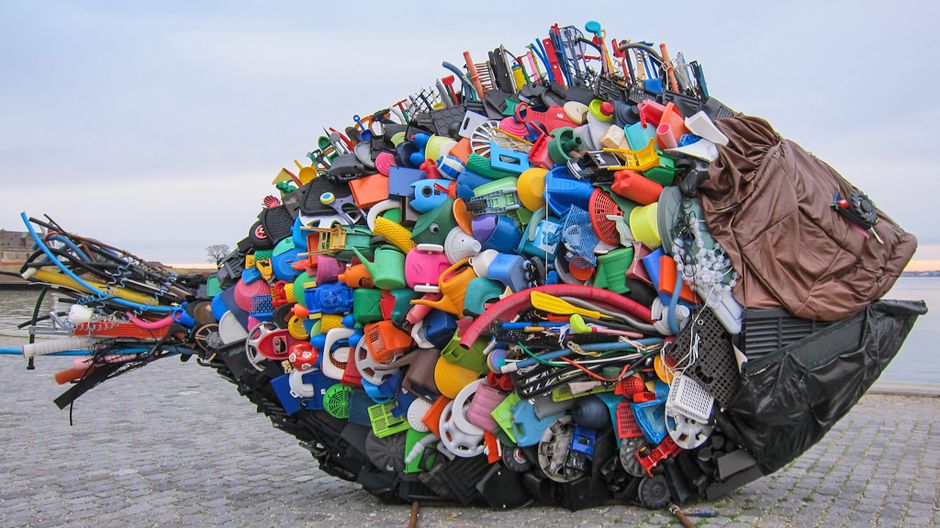 The day of ecological reckoning looms over us. I am not talking about whether the Keystone XL Pipeline gets rammed through America’s backyard. I am down the rabbit hole of environmental concern with another problematic petrochemical — plastic.

We get plastic from oil and have ingeniously transformed this hydrocarbon polymer into a multitude of plastic things, giving our lives a façade of durable-but-lightweight convenience.

Meantime there’s mounting evidence the dark side of plastic is much more than we bargained for, or can cope with.

Firstly, the wholesale recyclability of plastic is a happy ending that environmental types — such as your author — want to believe. But in the US, less than 10 percent of plastic gets recycled. And, even when it is recycled, the amount has become overwhelming. Globally there’ll be 45 million tons of plastic scrap looking to be recycled this year.

Most scrapped plastic ends up in China, bound for the Wen’an region. Once a bucolic piece of countryside, Wen’an is now a toxic cesspit, where people are paralyzed by off-the-chart blood pressure problems, after enduring horrendous work conditions in a bid to recycle — or otherwise dispose of — all the plastic.

What can’t be recycled is burnt, releasing dioxins — the worst of the worst toxins. Dioxins are carcinogenic, linked to developmental and reproductive impairment, heart disease, diabetes, and in extreme cases of exposure a nasty skin ailment — chloracne.

Next inconvenient truth — a huge amount of our plastic debris ends up in the ocean. Last month’s first scientific accounting of total ocean plastic pollution estimates the amount at a mind boggling 5.25 trillion pieces. Plastic only started becoming a household item in the 1950s, so this amount of trashed plastic happened in 60 odd years.

Almost as worrisome, these researchers found 100 times fewer micro-sized plastic particles than expected. Because that’s another pesky thing about plastic, it does NOT biodegrade, it photodegrades — meaning in sunlight plastic simply breaks into smaller and smaller pieces, which are nearly impossible to detect but have huge and brutal consequences as they enter the marine food chain.

Which brings us to one of the world’s tiniest but most significant fish species: myctophids, aka lanternfish, account for over half of the oceans’ fishy biomass and are apparently scoffing down plastic like there’s no tomorrow.

Tiny fish ingesting minuscule particles of plastic might not sound too awful. Until now, these fishes — which measure four to five centimetres and weigh two to five gram — were seen as inferior to our other little finned friends the sardines and anchovies. Myctophids were ground into fodder for industrial fish farms. However, the line from plastic-gobbling myctophids to your next meal is about to get a lot more direct.

Some in the fishing industry see huge potential for this “untouched resource” and are developing methods to convert this plentiful, but low value, fish into a high value-added product. Ungutted myctophids will be processed into surimi (the Japanese term for mechanically deboned fish mince) with uses ranging from fish products to meat substitutes and dessert dishes.

It would seem ecological folly to mess with a fish species that is the very basis of important marine food webs — swordfish, tuna, dolphins and seals eat myctophids.

Not to mention the risk taken if we ingest plastic — a possibility that is in the news more and more these days. Last fall scientists discovered there are microplastics in two-dozen German beers and European shellfish lovers ingest 11,000 pieces of plastic a year in their pursuit of gastronomic nirvana.

Apart from how unappetizing eating or drinking plastic sounds, it’s all the nasty chemicals in plastic (eg, phthalates — known endocrine disruptors — are used to soften plastic) and those that adhere to plastic so eagerly in the marine environment (POPs, DDT and flame retardants) that make it highly toxic.

But now for the good news: with this growing pile of evidence about the pervasiveness of plastic pollution, we can take action.

This is the moment to change our reliance on the not-so-disposable-after-all polymer. If we can move beyond a single-use throw-away mentality and incentivize the plastics industry to design effective end-game recyclability into their products then the size of the problem will begin to diminish.

And that is precisely what’s needed to assist the Earth’s less discerning species cope with our plastic mess.

Captain Charles Moore of Algalita Marine Research and Education in Long Beach, California, describes himself as the ocean’s “voluntary public defender” — The Lorax who speaks on behalf of the seas, if you will. He says organisms can’t cope with plastic because it’s happened too quickly, “people think stupid myctophids to eat plastic, but evolutionarily speaking they have no selection process to avoid to it.” 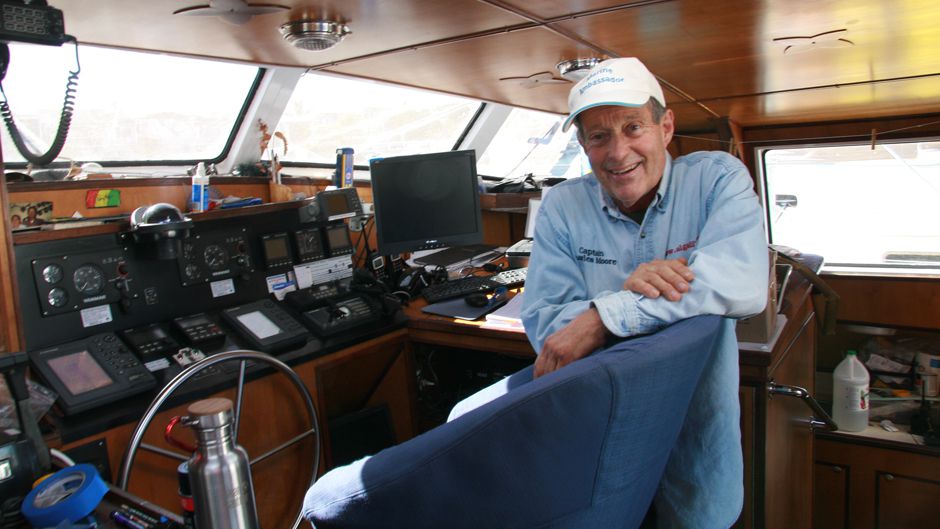 Myctophids are Captain Moore’s “Humming-Fish” but unlike the fictional Lorax he can’t send them away to an ocean without plastic — that ocean no longer exists.

Crafty little guys, myctophids, stay low in the water column during daylight thus avoiding predation, then rise to feed on zooplankton at the ocean surface during the darkest hours of night.

To aid in this diurnal vertical migration, myctophids have swim bladders that alter their buoyancy as required. But what will happen to this mechanism in a fish that has a belly full of plastic particle flotation devices?

If it hasn’t been incinerated, every piece of plastic ever produced is still with us. There is no time for any species to biologically adapt to cope with plastic, including us. We have to make an effort to culturally evolve with way less plastic.

Put another way: think long and hard about what you want to be eating and gazing upon in the years to come.