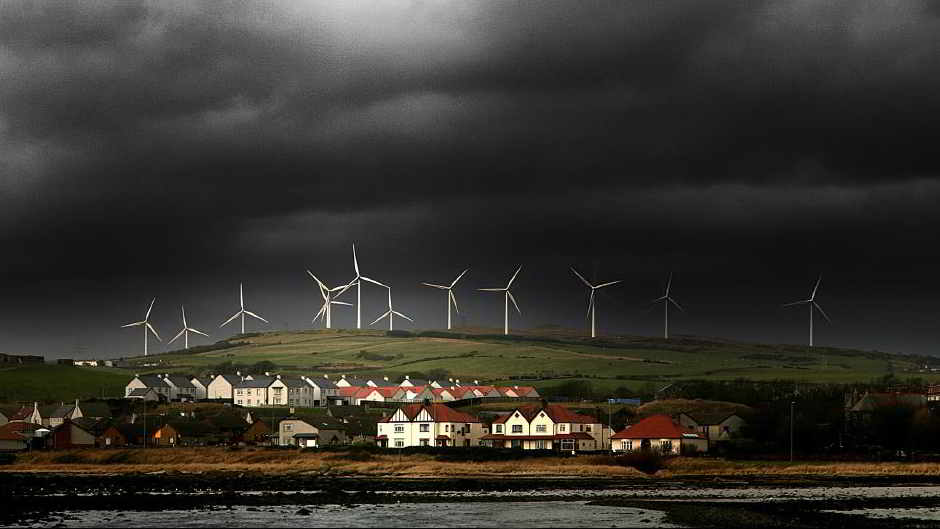 We have seen turbines on a distant hill during a trip or heard talk of wind farms, and many of us would be using this green option if only our local power utility would offer it.

Likewise, we have heard that governments around the world are increasing renewable energy production targets to battle climate change and reduce reliance on dwindling fossil fuels. However, is wind power really that hot or just a gimmick?

The answer to that question depends, as shown in our graphic below, on the country. Wind power development has historically varied from place to place, being influenced by factors like availability of fossil fuel resources in some regions or anti-nuclear sentiment in others.

But today, big changes are in the air and in many parts of the world, wind power is putting on quite a show in the race to find renewable energy sources.

In 2008, Europe saw a big jump (43 percent of new power generation capacity was in the wind sector) that pushed the continent’s wind capacity to 142 TWh (terra-watt hours), according to the European Wind Energy Association.

That’s equal to about 4.2% of the EU’s electricity demand and eliminates the emission of 108 million tonnes of CO2 per year, the equivalent of taking more than 50 million cars off Europe’s roads.

Several European countries have long taken wind power seriously. Denmark, for example, after 20 years of subsidies and tax breaks for investors, now generates 20% of its energy needs from wind. The country has even begun a project to optimize wind turbine energy for use by plug-in electric vehicles.

Germany, formerly the leading nation in terms of wind power capacity, generates almost 7% of its energy from wind power (out of a total of 14% from renewables) and tops the world in technological know-how.

Perhaps more surprising, India and China are among the countries where turbines are shooting up quickly to help feed huge energy needs. Last year, China’s total capacity doubled for the fourth year in a row.

But the biggest wind leap last year was the United States, which upped their generation by almost as many KWh as did the whole of Europe, and overtook Germany as the number one wind energy producer.

In the US, the promise of future returns on an increasingly hot investment are so enticing that old energy giants like General Electric are diving into the booming wind industry. GE and other huge corporations have been buying up smaller companies with experience in the wind energy field, aiming to becoming wind industry leaders in terms of volume, technology and innovation.

Even millionaire industry barons, such as Texas oil man T. Boone Pickens, are on board for a turbine push.

Pickens, founder and chairman of investment firm BP Capital, last summer launched a social networking site to help build momentum for his plan that calls for increasing the US’s wind capacity so as to meet 22 percent of the country’s energy demand.

And it seems the Obama administration is now providing the political (and financial) impetus with last week’s 140-page budget which stated:

“To finally spark the creation of a clean energy economy, we will make the investments in the next three years to double our Nation’s renewable energy capacity.”

This will be done via “significant increases” in research on renewables, including wind. The document further promises development of smart grid technologies to help integrate wind with traditional power sources.

Needless to say, this has environmentalists quite excited. Certainly this policy is a promising development as the world slowly moves away from its reliance upon oil.

“[Wind] is no longer just a marginal resource, but clearly in the sweet spot of electric utility planning for new generating capacity for the future,” said Randall Swisher, former executive director of the American Wind Energy Association (AWEA).

Other nations however, are still holding back when it comes to developing their wind energy industries. According to the last assessment by the Global Wind Energy Council, Japan ranks a sorry 13th in the world for total wind capacity.

Though home to a huge wind resource, the country is squandering its natural potential. Not to mention its technological aptitude gone to waste: Japanese corporate players, lacking homeland investment opportunities, are putting big money into overseas wind projects.

Experts contend that this is largely because the government favors nuclear power and is purposely witholding necessary permissions and preventing wind-friendly market re-structuring.

Another explanation comes from Iida Tetsunari, executive director of the Tokyo-based Institute for Sustainable Energy Policy. He told Greentech Media that Japan’s dominant electric companies are hindering the growth of wind power.

Japan needs to re-discover its green policy credentials and more aggressively promote renewable energy. One can only hope the winds of change circling the globe will soon reach Tokyo.

Barriers going with the wind

With the publication of the 2008 World Energy Outlook, the International Energy Agency has begun to warn of the unsustainable trajectory of our current energy path. Only last week, Nobuo Tanaka, IEA Executive Director, warned that we will need to generate 50% of world energy from renewables by 2050.

That is a huge turnaround for the IEA, which has been criticized in the past for actually delaying the necessary move to more renewables.

Some would even say that this shift does not go far enough. For instance, Wind Power in Context: A Clean Revolution in the Energy Sector explains that wind power generation has now been around long enough and is ready for its moment in the sun.

The report predicts that wind will be joined by solar, hydropower, biomass and geothermal energy on a road towards 100 percent renewable power generation — a target which will be reached “very probably within the first half of this century.”

Maybe that should be our new ambitious global target, or is that just beyond the realm of the feasible?

Plugging into Wind by Carol Smith is licensed under a Creative Commons Attribution-NonCommercial-ShareAlike 3.0 Unported License.
Based on a work at http://ourworld.unu.edu/en/plugging-into-wind/.