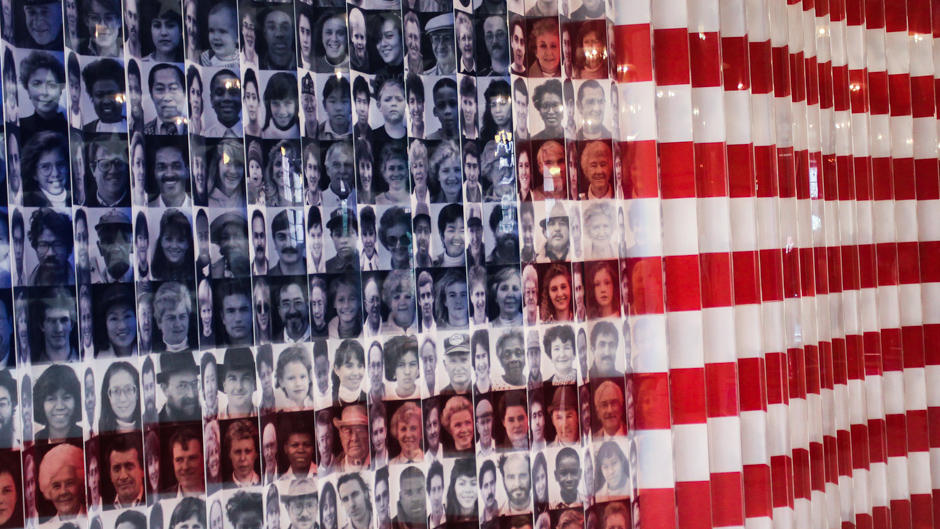 The White House recently embraced a proposal to cut legal immigration to the United States using a ‘merit’-based points system. Senior aides claim this would ensure migrants could support themselves financially, and not burden social services.

The move is an overture to some corners of the Republican base and has purportedly re-invigorated debates on national identity and American values. But does the ‘costs of immigration’ argument hold water?

Unsurprisingly, the devil is in the details.

The Trump administration may have been influenced by a report published by the conservative Center for Immigration Studies last year, which was covered by Fox News, Breitbart and USA Today. The report suggests that in 2012, immigrant-headed households cost more in federal welfare than native-born households.

A 2016 National Academy of Science report offers a more nuanced analysis. The study indicates that between 2011 and 2013, the average first generation immigrant, bundled together with their dependents, cost states $1,600 more for state and local expenditures, public goods and services than they contributed in taxes. This figure doesn’t include their positive, indirect effects on economic growth.

The second and third generations are a net positive for states, a benefit of $30.5 billion and $223.8 billion respectively over 2011-2013, outweighing the $57.4 billion total cost of the newly arrived migrants.

In other words, it is immigrant families that make the greatest contributions to U.S. tax revenue and services over time.

The National Academy of Science report furthermore provides insight into why 2012 — the year studied in the 2016 Center for Immigration Studies report — was an atypical year: “the difference between state and local total revenues and total expenditures [for immigrant individuals] was positive in 2011… In 2012, this switched to a negative difference,” largely due to a significant decline in interest, dividends and other earnings on government-held assets, due to delayed payments during the recession. In 2013, the net contribution of immigrants became positive again, as it does when the amounts over 2011-2013 are smoothed.

Consider also that the first generation contributes to paying off national debt on public goods and services they did not benefit from over their lifetime, while immigrant children convert investment in their education into higher incomes than their parents enjoyed — hence higher tax payments.

The points-based system at the center of the Trump administration’s proposal would also limit the number of people granted residency based on ‘job skills’ to roughly 140,000. Combined points-based and employer-sponsored entry systems are already used by Australia and Canada, alongside family visas.

While a points-based system does have some merits, they don’t always add up. Points are assigned based on education level, age, fluency in English and prior connections to the country such as having attended one of its educational institutions. These policy-dictated qualities aren’t necessarily matched with gaps in the labor market.

In industries such as tourism, technology and agriculture, migrants often meet a demand for labor that cannot be filled by native workers. This can be because of their specialized skills, language abilities or willingness to accept conditions that native workers might not.

Employers may view low-skilled workers of any origin as largely interchangeable. However, by accepting precarious, labor-intensive and low-paying jobs that carry the stigma of being ‘immigrant jobs’, low-skilled foreign workers tend to complement native workers rather than displace them. Low-skilled migrant workers earn less overall than native workers of the same education level, in part because they are disqualified from certain benefits.

Even if they wanted to, local workers may not be able to reclaim jobs immigrants can’t fill. Recent research suggests that when low-wage migrant labor is unavailable, in some sectors offshore options become more attractive. Without seasonal labor, some sectors’ production will become untenable. Migrant workers also ensure the upward mobility of native workers by contributing to economic growth, including through local production and consumption.

The real choice for immigration reform is not between a family-based and a points-based system. The two are not mutually exclusive. An informed debate about immigration must start from the recognition that different visa categories support each other.

Similarly, we need to broaden the debate if we want to discuss ‘costs’ and ‘benefits’ of different types of migration over a longer time horizon.

Permanent residents with their families are more socially and economically integrated than temporary workers. They are more likely to create new businesses than native-born individuals. They are consumers who also develop new markets, for example, for ‘nostalgia trade’. These are among the reasons why the prevailing conclusion of economists is that immigration has an overall positive impact on economic growth.

Parts of the U.S. immigration system could indeed be tailored to better match migrants with labor needs. There are ways to lower the costs of educating and integrating immigrants. Visa processing could be quicker to avoid backlogs for visas, which have left some applicants waiting precariously for 20 years.

Immigration has become a maelstrom of contention. Everyone claims to have the answer, and no one does. Yet in today’s political climate, it is ever more important that we disentangle rational approaches from opinions, news manipulation and reactionary rhetoric that won’t help immigrants or the U.S. workforce.

Julia Blocher was a Research Officer at the United Nations University Centre for Policy Research in New York and is an associate member of the Hugo Observatory: Environment, Migration, Politics (Department of Geography, University of Liège, Belgium). Her research seeks to inform policies that address migration and displacement, and especially the linkages to climate change.

Manuel Orozco is a senior fellow and the director of the Migration, Remittances and Development Program at the Inter-American Dialogue, a U.S.-based policy think tank. He also serves as a senior fellow at Harvard University’s Center for International Development and as a senior adviser with the International Fund for Agricultural Development. He works directly with migrant organizations and nationalities in several countries and provides advice on diaspora engagement and financial independence.