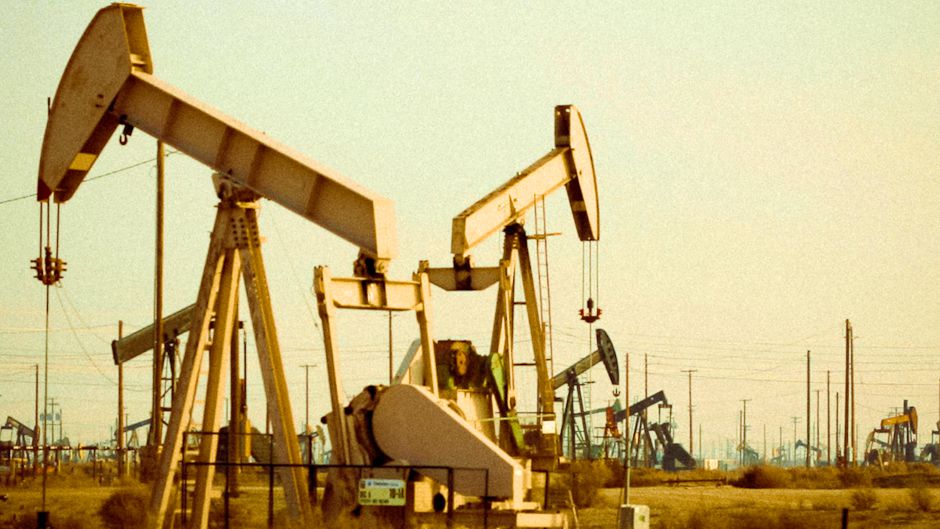 It is over a decade since the launch of the Association for the Study of Peak Oil and Gas (ASPO) — a network of scientists and others working to determine the date and impact of the peak and decline of the world’s production of oil and gas. In the interim, peak oil has gone from an “extremist fringe theory” (see upcoming Peeking at Peak Oil for more details) to an accepted fact addressed by some of the world’s most influential bodies including the International Energy Agency (IEA) and the International Monetary Fund (IMF).

Yet, in almost all countries of the world, policymakers remain silent, inactive or, perhaps worse, deliberately ignore this issue, hoping that it will just go away.

When talking about policymakers, I am referring to government bureaucrats, rather than elected politicians. For the latter, in large part, peak oil presents too great a challenge and as such is filed under “not while I am in office” category. There are many exceptions to this rule, but not enough. Career bureaucrats, on the other hand, have to put the national or local interests first. They have to consider all issues, however unpleasant the issues may be. At least that is the theory, especially in more democratic countries.

The peaking of conventional oil production ought to be a priority issue to be tackled by every national department of energy, agriculture, environment, transportation and economy (to name but a few). It should also be on the agenda of every ministry of foreign affairs as they will be required to negotiate through a new, dynamic, unchartered and complex global energy paradigm. They may be responsible for deciding whether we continue to fight over energy supplies or whether we can find a collective and peaceful response to the energy challenge, with Richard Heinberg’s Oil Depletion Protocol being the only significant proposal on the table at the moment.

Not every country is at fault. There is, for instance, the 2006 “Making Sweden an Oil Free Society” report from the Swedish government’s Commission for Oil Independence that aims to move the country away from oil by 2020. While not free from criticism, it was a serious attempt to address this pressing problem. Just across the border, the Danish government released an energy strategy in 2011 calling for a transition away from fossil fuels to green energy by 2050, perhaps not fast enough but still a good start.

There have also been some very important policies introduced at the local level. For example, the North American city of Bloomington, Indiana, established a Peak Oil Task Force in 2007 and published a ground-breaking report in 2009 entitled “Redefining Prosperity: Energy Descent and Community Resilience”. This 258-page report looks at how to ensure that municipal services continue to function, how to create resilient land use, transportation and housing, and how to cope with issues such as food, water, waste and healthcare in a post-peak oil world.

Over in Europe, Bristol city in the United Kingdom (UK) issued “Building a positive future for Bristol after Peak Oil” in October 2009. Again, this report looks at the implications of peak oil for transport, food, healthcare, public services, the economy and the energy sector. In addition to the activities of the city government, a not-for-profit company has been established to work on reducing the city’s dependence on fossil fuels under the banner of Transition Bristol (a Transition Network initiative).

In many other instances, however, the signals from policymakers are mixed, to say the least. In the UK, the Department for Energy and Climate Change called for evidence on the prospects for crude oil supply and demand over the next forty years. The findings of this study, issued in June 2009, were disappointing with one of the main conclusions being as follows:

“Given the uncertainties around the timing of peak oil and its implications for the UK, there are no obvious additional policies the UK government should pursue to minimise the likelihood of a ‘peak oil’ scenario and to be prepared to mitigate its impacts in addition to those already in place.”

What? Not a single new policy? Fortunately, this may not be the end of the story because in May 2011 the Industry Taskforce on Peak Oil and Energy Security (a coalition that includes Arup, Buro Happold, SSE, Solarcentury, Stagecoach Group and Virgin) announced that the UK government had committed to work with the private sector to develop contingency plans to protect the economy from rising oil prices.

Then there is the story of the leaked study from the Australian government that surfaced in various news reports at the beginning of 2012. The report was prepared in 2009 by the Bureau of Infrastructure, Transport and Regional Economics and concludes that there will be a decline in oil supply within a few years. It is unclear why the report remained hidden for over two years, although there is a lot of speculation online. What is clear is that this report did not translate into any new policy measures from the Australian government.

And of course there was the 2005 Hirsch Report, sponsored by the US Department of Energy and entitled “Peaking of World Oil Production: Impacts, Mitigation, and Risk Management”. There is some controversy surrounding the report and whether it was effectively swept under the carpet by the Bush administration at the time. Its recommendations certainly did not get taken into the policy arena, although lead author Robert Hirsch remains outspoken on peak oil issues and his book The Impending World Energy Mess contains some very important recommendations for mitigation actions.

The “crash programme”, presented in the Hirsh report, called for the promotion of fuel efficient transport, use of oil sands, coal liquefaction, enhanced oil recovery and gas to liquid conversion. The report’s authors suggested that this crash programme would require 20 years to complete and that waiting until peak production occurred before taking action would result in a liquid fuel deficit and severe economic difficulties during this transition period.

The evidence is now overwhelming

Back in 2005 we could perhaps forgive a policymaker who was unaware of the implications of the peaking of global oil production. Today, we can only conclude that any policymaker who doesn’t take this problem very seriously is deliberately trying to maintain a viewpoint that ignores this growing body of evidence.

To cite some examples, researchers at one of the world’s leading think tanks, Chatham House, published a report in 2008 arguing that there will be an oil supply crunch in the next five to ten years. In 2009 the UK Energy Research Centre published the “Global Oil Depletion Report” and argued that there is significant risk of a peak in production before 2020. The 2010 report from the UK Industry Taskforce on Peak Oil and Energy Security argues that peak oil will occur within the next decade, potentially by 2015.

That same year, the IEA had a “road to Damascus” conversion with the publication of the “2010 World Energy Outlook” and the public admission by chief economist Fatih Birol that peak oil could come as early as 2020. The IMF has also entered the arena this year with a working paper entitled “The Future of Oil: Geology versus Technology”.  There is an excellent review of this study on the Oil Drum but the basic conclusion from the research paper is that “the real price of oil… would have to nearly double over the coming decade to maintain an output expansion that is modest in historical terms”.

[quote quote=”The real price of oil… would have to nearly double over the coming decade to maintain an output expansion that is modest in historical terms.” author=”International Monetary Fund working paper” type=”text” ]

When the IEA and IMF begin to explore the implications of peak oil, this ought to be the clearest signal to policymakers that the time to act is upon us.

Another influential commentator on peak oil issues is Sir David King, former UK Government Chief Scientist. In 2010, through Oxford University, he published a paper arguing that the estimates of conventional oil reserves should be significantly downgraded by up to one third (i.e., we probably have only 850 billion and 900 billion barrels, as opposed to as much as 1,350 billion barrels previously thought). The issue here is that the vast majority of the world’s oil reserves have never been independently audited.

More recently, in January 2012, King teamed up with James Murray (University of Washington) to publish a paper in Nature arguing that we have passed the tipping point for oil.

Having just attended a conference on how knowledge can be taken forward into policymaking (see article), I am left pondering why this is not happening more extensively in the case of peak oil. Yes, scientists, researchers, peak oil advocates may share part of the blame for not communicating their concerns and the findings of their work effectively to both policymakers and the public.

At the same time, opportunities for interaction between peak oil advocates and the policy-making community may be limited and trust building takes a long time. However, one successful example to be emulated is the relationship between the UK government and the Industry Taskforce on Peak Oil and Energy Security mentioned above. In this case, the Taskforce has some highly visible champions in the persons of Richard Branson, Chairman of Virgin, and Jeremy Leggett, Chairman of Solarcentury.

Nevertheless, the reality is that policymakers already have well established, trusted, relationships with key think tanks and advisors. There are many such advisors who play down the peak of oil production or present it in more amenable terms such as the peaking of oil demand. So it is not going to be easy to gain traction and influence in these policy circles.

At the same time, there are all too many reasons why policymakers don’t want to address the peak oil issue. Hirsch recently wrote a brief note on why officials in the big oil companies avoid talking about peak oil. Perhaps a good example of this can be found in the words of Saudi Arabia’s Petroleum and Mineral Resources Minister Ali I. Naimi spoken at a recent conference in Australia: “It is thought there are at least five trillion barrels of petroleum potentially recoverable.” That is an astounding claim to make and is probably referring to the IEA’s 2010 estimate of the world’s oil shale resources (not conventional oil) as being equivalent to 5 trillion barrels.

Hirsch enumerated techniques/arguments used by oil executives to justify ignoring peak oil and these may also explain why policymakers do the same thing. Here are some examples that I have modified from Hirsch’s list.

All of the above somehow or other lock us into inaction. But we need a breakthrough, before we face a breakdown. We need a large number of governments pushing forward with policy measures (because others will follow) designed to ensure economic and social resilience in even the worst-case peak oil scenarios.

Bearing in mind the very pressing nature of this issue and the time that it will take to effectively implement measures, we need that breakthrough to happen very, very soon.