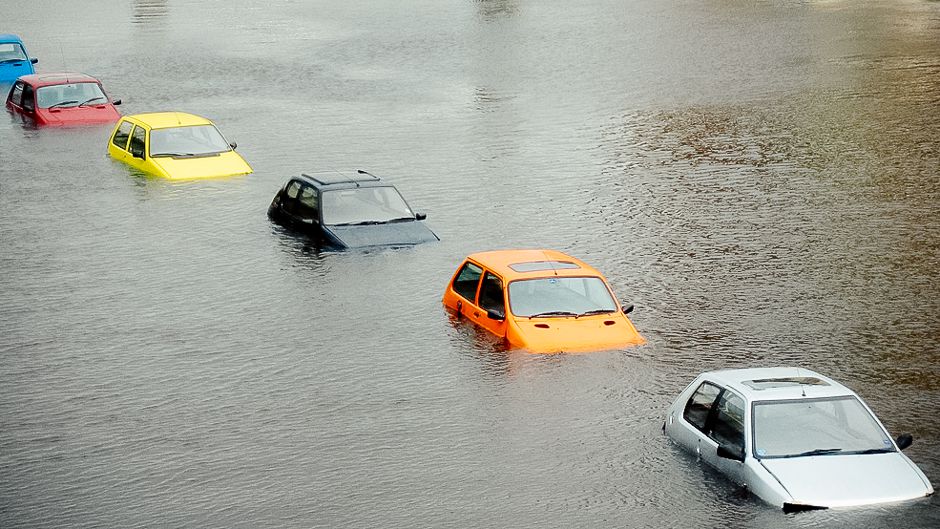 Climate change effects are already observable in many parts of the world and, according to the Intergovernmental Panel on Climate Change, a continuous rise in mean temperatures for the rest of the century is very likely unavoidable. As knowledge of the benefits of early adaptation and doubts about the future of the Kyoto protocol have grown, climate change adaptation has become an evermore prominent item on political agendas.

However, even though the need for additional policies on adaptation was already acknowledged at the time of the ratification of the UN Framework Convention on Climate Change (UNFCCC) in 1992 and is now probably one of the most fashionable issues in the international public arena, the implementation of adaptation still seems problematic. In fact, if adaptation policies are blooming all over the world, they often don’t lead to concrete measures. In this respect they resemble “empty shells”, a problem that can be observed both in the developed and developing world.

The difficulty in effectively implementing concrete policy measures was usually explained by a range of limiting factors such as ecological (natural constraints), economic (level of poverty, lack of financial resources), technological (insufficient knowledge, unavailability of adequate technology) and the weakness of state institutions.

It followed from this view that the least developed countries were supposedly ill-equipped to design successful adaptation policies autonomously. Inversely, Organisation for Economic Co-operation and Development (OECD) countries, which are generally less subject to those limitations, would be able to successfully implement these policies.

This simplistic view came to be challenged by scholars who clearly demonstrated, in the case of Norway notably, that even in highly developed countries, the state and public administrations were not automatically addressing vulnerability with specific policy responses. This indicated strongly that besides economic, ecological and technological — in other words material — limits to adaptation, there might also be societal or political obstacles to the successful implementation of adaptation policy. But which ones?

As a political scientist, I wanted to investigate whether, at the policymaking level, there could be specific hindrances to the development and implementation of adaptation measures. Therefore, I studied the case of Switzerland, a highly developed country that is also terribly sensitive to climate change due in particular to its alpine topography and the economic and cultural importance of glaciers and snow availability.

Despite its physical vulnerability to climate change, Switzerland is still in the process of elaborating a national adaptation strategy while most European countries have already done so. Furthermore, the lower chamber of the national parliament recently rejected a law article on adaptation that would have given the federal authorities the competency to coordinate the policy responses to the effects of climate change. (The bill was reintroduced by the upper chamber and the final decision is still pending at the time of this article’s publication.)

[quote quote=”Despite its physical vulnerability to climate change, Switzerland is still in the process of elaborating a national adaptation strategy while most European countries have already done so.” type=”image” image=”3747″ ]

Thus if they were some kinds of limiting forces to the implementation of adaptation policies at the policymaking level, Switzerland could have been the perfect test case to identify them.

Using computer aided text analysis, I took into account most position papers on climate policy of the government and the country’s principle political forces. This technique allowed me to assess the importance of adaptation in the discourse of decision makers and to examine with which ideas or conception of the world these decision makers were associating adaptation. My results were quite revealing (read the entire peer-reviewed article).

The first thing demonstrated is that adaptation was rarely mentioned by decision makers. Even though vulnerability assessment showed that the economy of some of the mountain areas might suffer extensively from reductions in snow cover and that nuclear and hydroelectric power will also be negatively affected by climate change, decision makers rarely perceived adaptation to be important for the Swiss economy or for the energy supply.

Furthermore, adaptation appeared to be considered as a an issue mostly for developing countries and not for a well developed country like Switzerland, which led to the rejection of the article of law on adaptation by many members of the national parliament.

Finally, the views on adaptation varied largely between left-wing and right-wing parties. The latter tended to consider adaptation as a trivial dimension of climate policy, compared to the most important theme of mitigation and its relationship to energy supply and economic growth.

With these results in mind, what lessons can be drawn from this study? Barriers to adaptation exist in both the developed and developing world, but they appear to be different. If a lack of material resources might still be the main hindrance to the development and implementation of adaptation measures in less developed countries, in developed countries where the need to act is not as obvious, the political feasibility and acceptance of adaptation policies is of greater relevance.

The introduction of adaptation measures represents a policy change, often underscored, that is not necessary politically feasible or acceptable. In fact, according to the seminal work of Paul A. Sabatier, coalitions active in decision-making will reject policies that violate their core beliefs. The political acceptance of adaptation policies — which are generally anticipatory and planned by central powers — presupposes the adhesion of both principles of precaution (anticipation of future and uncertain impacts of climate change) and state leadership on societal aspects that were left unregulated until now.

The values embedded in anticipatory and planned adaptation policies are thus more likely to be rejected by right-wing parties that usually defend liberal and “laissez-faire” approaches to environmental problems. The existence of this pattern that I demonstrate in the case of Switzerland is also quite obvious in the United States, most prominently where many Republicans are openly hostile to the idea of the state responding to climate change.

I see only two manners to counter the political barriers that I illustrated in my study. First, is to improve the accuracy of regional impact models but also the societal communication of the scientific results. Indeed, one of the most important things I have noticed during my research and the interviews I conducted with stakeholders and decision makers is that there is still a gap between raw previsions of impacts modelled and their possible translation into real life situations.

Obviously stakeholders and decision makers do not see immediate applications of research results in the potentially affected economical activities. It is true that the uncertainty of climate models can make decision-making quite awkward, but we also lack specialized bodies that would be able to both analyse research results and propose possible applications for determined sectors of activity and regions. The creation of council bodies bringing together climate change specialists and sector analysts could be a way to better communicate climate research results to both stakeholders and policymakers.

Second, adaptation policies are still very young, and are often designed through top-down and bureaucratic models. Consequently adaptation policies might still appear as a imposition of state views on private affairs and an unnecessary administrative burden to many actors in the political system, even to the vulnerable actors who are supposed to benefit from them. At this stage, it would certainly lessen the scepticism and opposition toward adaptation if these policies would focus more on inciting and convincing individuals to autonomously integrate climate impacts prevision in their everyday business.

[quote quote=”Adaptation appeared to be considered as a an issue mostly for developing countries and not for a well developed country like Switzerland.” type=”image” image=”3748″ ]

This is of course not an easy task and one that might take a long time. It could be done, of course, through awareness-raising campaigns and education programs (which are in many cases already a part of existing adaptation policies) but also through legislative changes.

A good example of what could be done would be to integrate climate impacts provisions in environmental impact assessments that are generally required of firms and individuals undertaking potentially harmful activities.

If the role of adaptation policy is to reduce vulnerability to climate change through the present modification of the behaviour of affected actors so that they integrate and anticipate future impacts of climate change, then it is far from an easy task. It requires more than technology or financial resources. It demands that we switch from a world where short term economic gains are the strongest driver of individual and collective choices, to a world were future risks — natural or economic — weigh significantly on contemporary decisions.

Johann Dupuis studied political sciences at the University of Leipzig and at the University of Lausanne where he obtained a Master of Arts in 2007. He is a Ph.D. candidate at the Swiss Graduate School of Public Administration since 2009. He is a specialist on environmental policies and worked primarily on climate change. He is currently working on the political barriers to the development and implementation of adaptation policies. In this context, he did several case studies of adaptation activities in India, Peru and Switzerland.