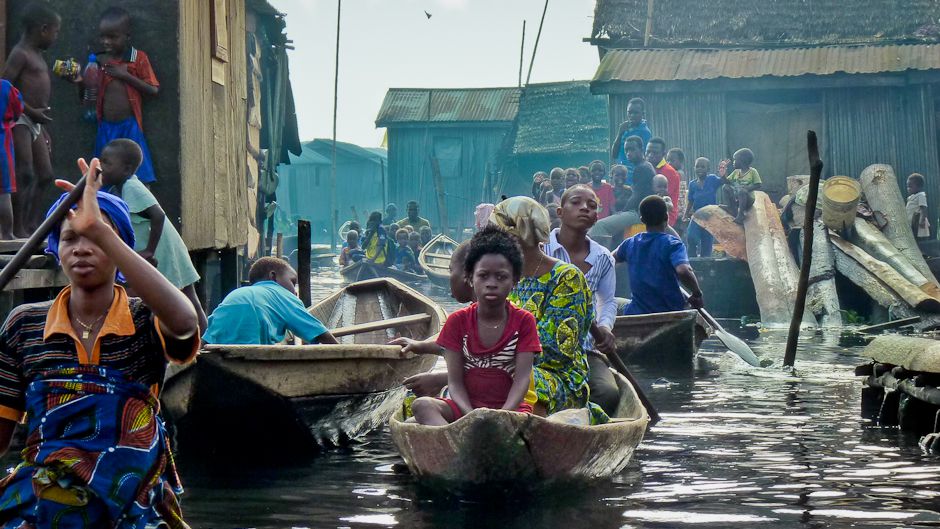 John Baliruno, of Mpigi in central Uganda, has fathered nine children. “I never intended to have such a big number,” he reflected last week. “I with my wife had no knowledge of family planning and ended up producing one child after another. Now I cannot properly feed them.”

Uganda’s population of 34.5 million is expected to treble by 2050. Baliruno, 45, fears for the country’s future. “The environment is being destroyed by the growing population,” he told the Associated Press. “Trees are being cut down in big numbers and even now we can’t get enough firewood to cook food. In the near future, we will starve.”

Africa, the world’s poorest continent, also has its highest birth rate. A woman in sub-Saharan Africa will give birth to an average of 5.2 children in her lifetime. Africa’s population of 1 billion is predicted to more than double in 40 years to 2.3 billion, accounting for about half of projected global growth over that period.

In a year that has seen famine return to the Horn of Africa, there is anxiety that a continent already feeling the pain of climate change will be unable to produce enough food, or especially water, to meet its soaring needs.

ActionAid has warned that the Democratic Republic of Congo, Burundi and South Africa are the most vulnerable countries to a future crisis. The NGO’s chief executive, Joanna Kerr, said: “How sustainable our expanding population is will depend entirely on how we tackle the interlocking crises of climate change, dwindling resources and rocketing food prices. This year’s famine in east Africa was a harrowing example of how overexploited ecosystems, erratic weather and soaring food prices, when left unchecked, have catastrophic consequences for poor people.”

Africa is growing fast because it is young. The top 10 youngest populations in the world are all from the continent, led by Niger (an estimated 48.9% below the age of 14), Uganda and Mali. Many will have big families, knowing that despite ongoing efforts to combat malnutrition and HIV, there is a strong risk many of their children will die.

Lyndon Haviland, a senior health fellow at the US-based Aspen Institute​, said: “Children have high mortality. If you believe there’s a high likelihood of losing your children, you’re going to have more in the hope that at least one or two will survive. We have to give people the belief that their children will live.”

Birth rates could be brought down, she added, with improved healthcare, access to modern contraception and, crucially, investment in girls’ education because this results in them marrying later and having fewer children.

The most tangible result of population growth in Africa is a shift from country to city. A continent that had fewer than 500,000 urban dwellers in 1950 may have 1.3 billion by 2050, it was reported last year by UN-Habitat, the Nairobi-based United Nations agency that monitors the world’s built environment.

Cairo, currently Africa’s biggest city with 11 million people, will be overtaken by Lagos with 12.4 million by 2015. The speed of growth of some cities defies belief, said the study, warning that providing food and water for an extra billion people by 2050 will be a huge headache, especially as Africa is on the frontline of global warming.

“The pattern is… oceans of poverty containing islands of wealth,” UN-Habitat said. “Conditions in African cities are now the most unequal in the world… They are already inundated with slums, and a tripling of urban populations could spell disaster unless urgent action is initiated today. This situation threatens stability and also entire nations.”

But Africa’s cities are also cradles of innovation and entrepreneurship. The continent is experiencing another type of expansion. Last week the IMF predicted the continent’s economies will post nearly 6% average economic growth in 2012, rising from just above 5% this year, a better outlook than in the west.

Haviland rejected the notion that demand will inevitably outstrip supply. “Africa can feed itself. There is plenty of food on the planet. It’s about governments and governance. There are many pockets of hope: you are seeing a new entrepreneurial class of African leaders who are looking for African solutions.”

Governance is crucial, agrees Greg Mills, director of the Brenthurst Foundation thinktank and author of the book Why Africa is Poor. “I don’t see population growth as worsening a difficult situation,” he said. “I see it as presenting an unprecedented opportunity – if governments respond in a way that they’ve failed to over the past 50 years.

“Famines have been a direct result not of overpopulation or climate change but of bad political choices. These things are man-made and manageable.”

One thing Africa does not lack is space: its cities are still mere dots in a vast landscape. Mills added: “This is a very underpopulated continent which can now be advantageous to economic growth and governance.”

The rise of African cities as crucibles of intellectual and political activism should also raise the bar for politicians. Uganda’s government has been rocked by angry protests this year. Mills said: “Young people are not going to settle for the political platitudes that were sold to the post-independence generation. They will increase pressure on governments to deliver on promises.

But in countries such as Burundi, nine out of 10 people still live in rural areas and depend on farming to survive. With roughly 10.2 million people, Burundi is the second most densely populated African state after neighbouring Rwanda.

Godelive Ndageramiwe, 40, is a mother of eight with a ninth child due soon. Her family homestead is too small to provide enough food, and three of the children have quit school for lack of money to pay the required fees.

“I regret to have made all those children,” Ndageramiwe said. “If I were to start over, I would only make two or three.” She added: “Children were a good labour force in the past when there was enough space to cultivate. Today I can’t even feed my family properly. My kids just spend days doing nothing.”

This article was published on guardian.co.uk on Saturday 22 October 2011.