Populism in Brazil: How Liberalisation and Austerity Led to the Rise of Lula and Bolsonaro 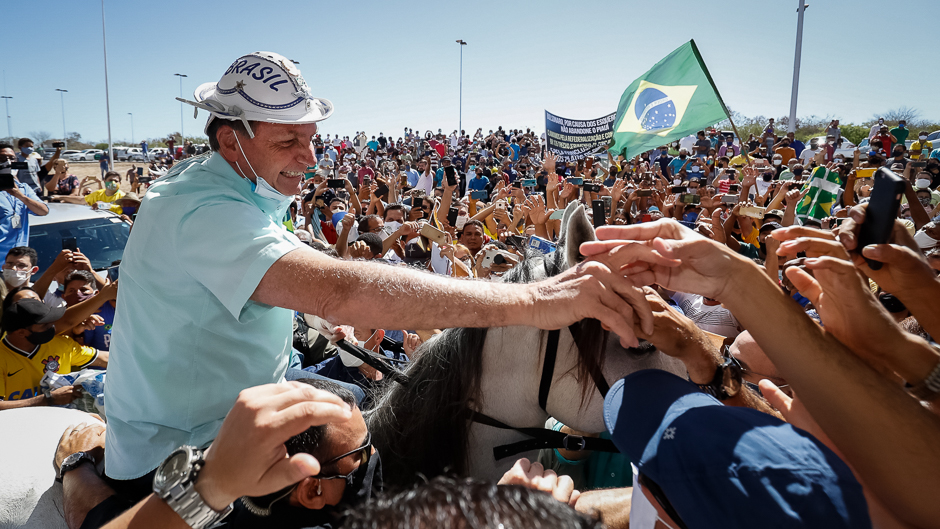 While the rise of populist politicians in Europe and the US gets a lot of attention from the media and researchers alike, the drivers of the populism taking hold in emerging and developing economies still receives relatively little scrutiny.

In a new working paper we provide new evidence tracing the rise of populism in Brazil — through both the victory of presidents Luiz Inácio Lula da Silva in 2002 and Jair Bolsonaro in 2018 — to regional economic shocks caused by a process of trade liberalisation that began in the early 1990s.

Both Lula and Bolsonaro were able to mobilise voters by amplifying divisions caused by trade shocks and subsequent periods of austerity. But the two leaders were elected on very different platforms and narratives.

In 1990, the government of Fernando Collor de Mello started to implement a large programme of trade liberalisation in an attempt to modernise the economy. Between 1990 and 1995, import tariffs were reduced from an average of 30.5% to 12.8%. This reduction was uneven across regions and sectors. For instance, while the level of tariff changes in the agriculture and mining sectors was relatively small, in sectors such as clothing and rubber, import tariffs reduced by more than 30%. This meant that local industries faced larger increases in competition from cheaper imports with adverse consequences for some local economies.

The impact of these new tariffs varied across Brazil’s microregions — groups of economically integrated municipalities — depending on the concentration of different sectors in each area. Microregions that experienced the largest tariff cuts became more vulnerable to international competition, affecting the labour market and the structure of Brazil’s economy. This shock led to long-lasting declines in formal employment and in wages relative to other regions. The map below shows, for example, that some of Brazil’s largest cities, including Belo Horizonte, São Paulo, and Rio de Janeiro were highly affected by the tariff changes. 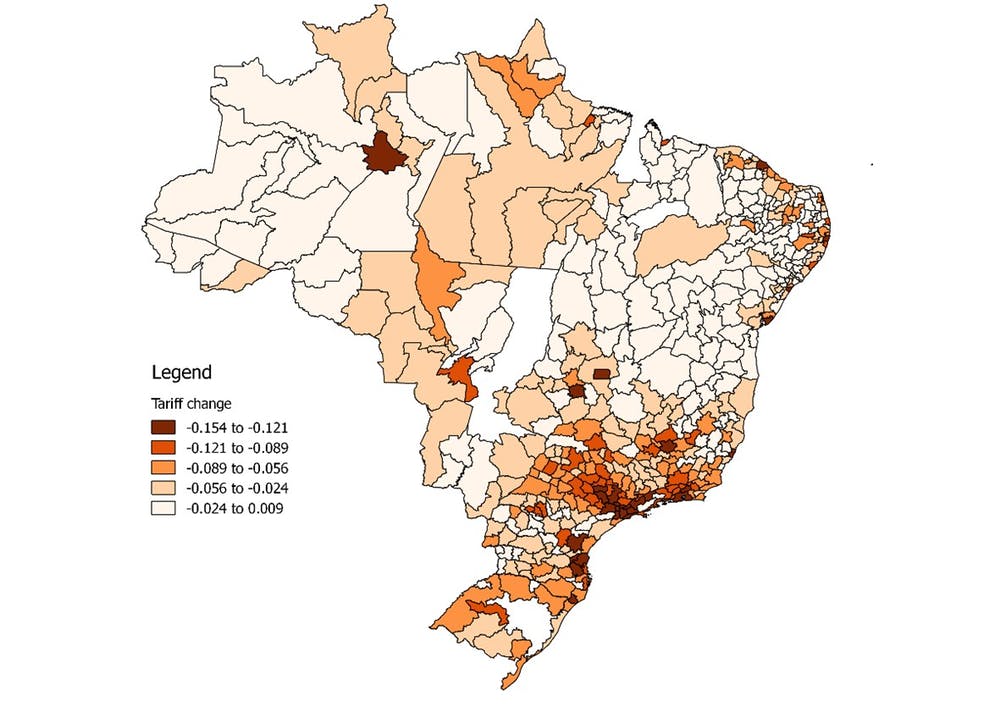 Regions with darker units faced the largest reductions in the level of tariffs. Authors’ illustration based on Kovak (2013) and Dix-Carneiro and Kovak (2017). Graphic: author provided.

As our analysis shows, these effects persisted for decades and affected the political preferences of Brazilians. We found those microregions across Brazil that experienced the largest tariff cuts in the early 1990s were more likely to vote both for Lula in 2002 and for Bolsonaro in 2018. These microregions also recorded significant numbers of swing voters from Lula to Bolsonaro. 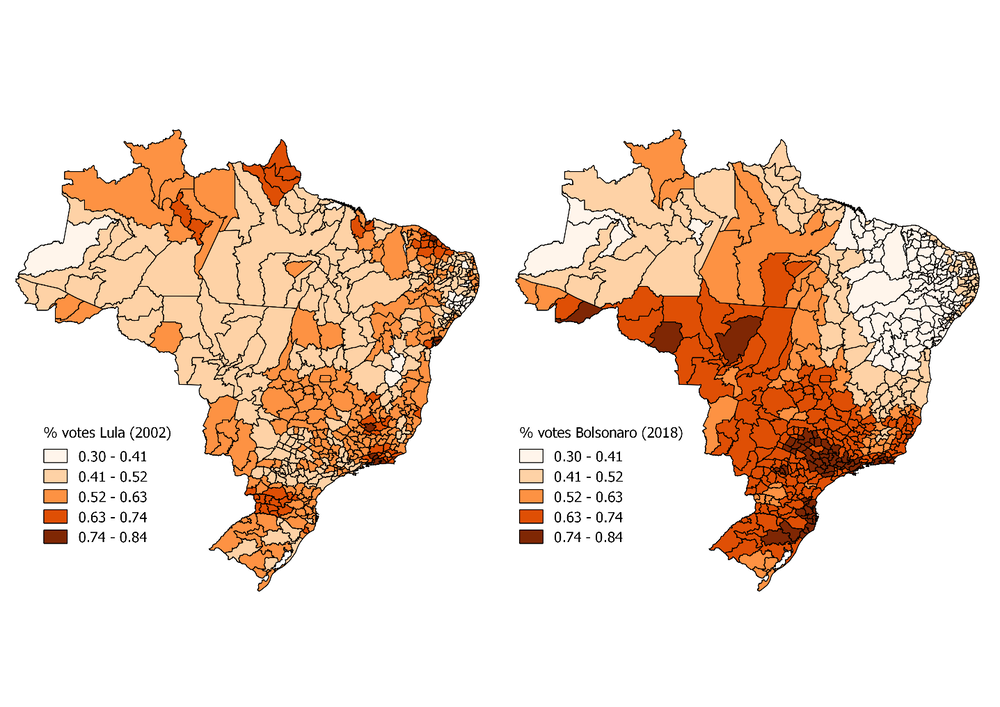 Regions with darker colours show the largest shares of votes for Lula (2002) and for Bolsonaro (2018). Authors’ calculations based on data from the Tribunal Superior Eleitoral. Graphic: author provided.

From leftwing to rightwing populism

But while these economic factors are directly linked to the rise of populism, they don’t explain its different varieties. Lula’s leftwing platform was very different from Bolsonaro’s far-right agenda. This dramatic shift in Brazilians’ preference for leftwing populism in 2002 and for rightwing populism in 2018 is explained by the different political strategies Lula and Bolsonaro used to capture large enough constituencies.

On the left, Lula took advantage of the austerity policies of his predecessors in the early 2000s, which led to dramatic rises in inequality and amplified economic cleavages in society. Lula’s variety of populism resulted in one of the largest social protection programmes in the world and large reductions in poverty and inequality. But these achievements were marred by accusations of corruption and economic mismanagement, for which Lula was convicted and imprisoned between 2018 and 2019. 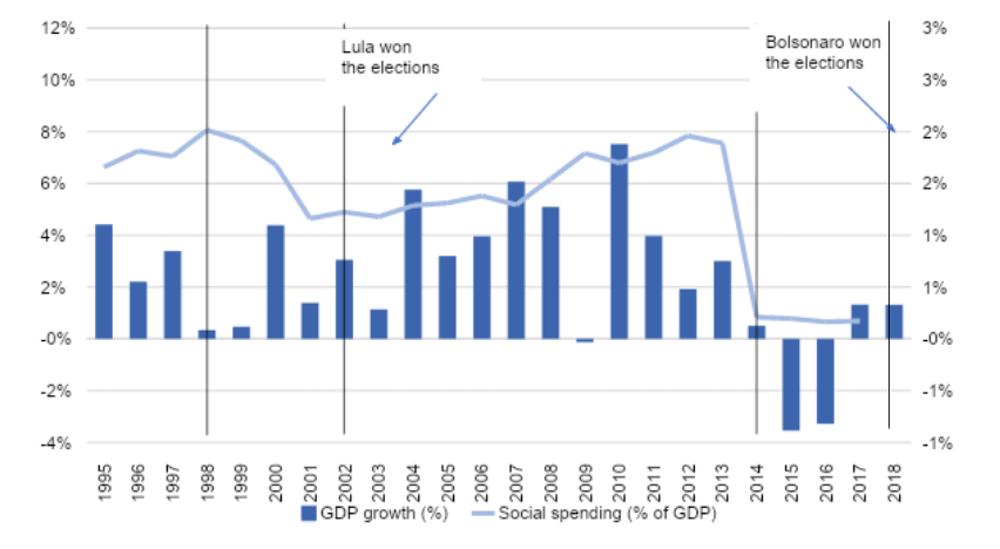 On the right, Bolsonaro took advantage of the austerity policies implemented between 2015 and 2018 by the government of Dilma Rousseff, Lula’s successor. Bolsonaro also played on voters’ feelings of insecurity by promoting a strongman image, and strengthening social and cultural divisions and anti-migration sentiment. His variety of populism has resulted in the reversal of decades of economic development and climate adaptation and one of the world’s largest death rates related to COVID-19.

Across the world, the shortcomings of populist agendas in Mexico, the US, the UK and India, among others, have been laid bare by failures to contain the spread of infections and death rates from the virus. Yet, the success of populist politicians lies on appealing to existing economic and social divisions. Given Brazil’s experience, there are now fears that the entrenchment of populism could reverse decades of development and threaten democracy itself across many other parts of the world.

Dr Bruno Martorano is Assistant Professor at the UNU Maastricht Economic and Social Research Institute on Innovation and Technology (UNU-MERIT).