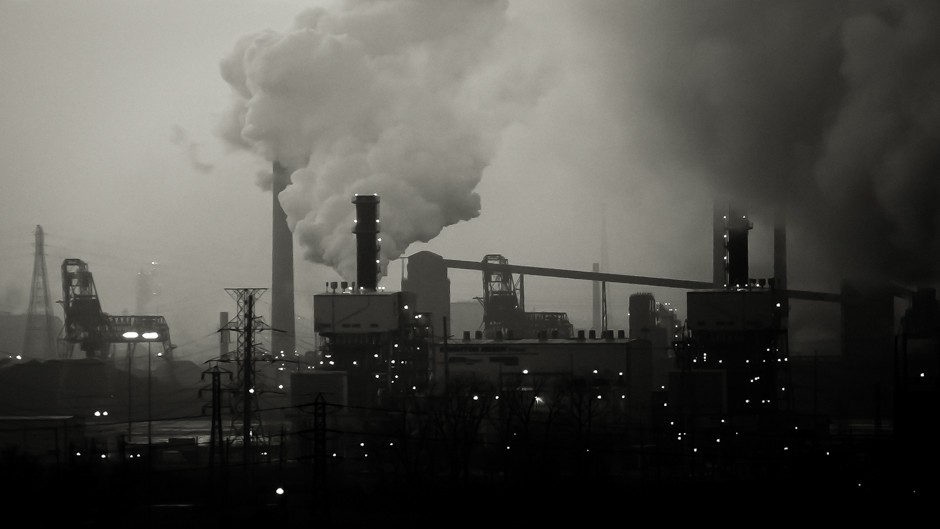 Industrial policy needs to be reassessed in light of the global financial crisis and in the context of difficult ongoing negotiations for an international agreement on reducing greenhouse gas emissions.

The rethink is necessary because this past December’s Climate Change Conference (COP15) took place against growing concern that human-induced climate change could have an overall negative impact on global development. However, rising greenhouse gas (GHG) emissions and their consequences are no longer the only areas of international concern. Around the globe there is also preoccupation with mounting commodity prices, peak oil, pollution from agriculture, and increasing water scarcity — to name but a few.

In fact, some feel the matter is exceedingly urgent, such as economist Jeff Sachs who asserts:

“The global economy is literally unsustainable now and cannot absorb further economic and population growth without serious risks of global destabilization — even collapse.”

Reassessment of industrial policy is vital, since catch-up by industrially lagging countries will increasingly run into resource constraints and climate change impacts and because without appropriate forms of industrialization in both advanced economies and developing countries, little progress will be made implementing the Copenhagen Accord or an internationally binding agreement.

An intractable remaining problem is how to achieve these changes in a way that does not limit the development of the poorest countries, and that does not result in politically unacceptable job losses in advanced economies.

Industrial policy refers to government intervention that directs the structural development of economies, from low to high productivity activities. It has played an important role not only in the Industrial Revolution in Britain in the 17th and 18th centuries and in the United States in the 19th and 20th, but also in East Asia in the 20th. It is seen as having had mixed success in Latin America, and as having failed in sub-Saharan Africa (with exception of Mauritius and South Africa).

However, by the late 1970s and 1980s, mainstream economic thinking turned extremely skeptical of industrial policy. The main reason was the problem of government failure: not being able to determine whether a particular intervention will be welfare-enhancing or not, or whether it will be susceptible to rent-seeking, capture or even corruption.

During much of the 1980s and 1990s, industrial policies in many countries were replaced by trade and financial liberalization, by the privatization of state-owned enterprises, and by efforts to minimize government intervention. The goal was to use these new measures as a means to improve national economic ‘competitiveness’, under the banner of the Washington Consensus.

This is perhaps nowhere more apparent than in the US. Despite its long history of fostering industry in a developmental state (see William Lazonick’s article in the April 2009 edition of WIDER Angle), US industrial policy had experienced strong ideological resistance, especially since the Reagan administration in the 1980s.

Indeed, it is clear that the deregulation and laissez-faire approach of the past decades has in fact been a de facto form of industrial policy that had shifted jobs and profits into the financial sector and out of the manufacturing sector.

This has been made evident by the September 2008 financial crisis, following which the US has resorted to various measures commonly associated with industrial policy to rectify the situation, such as direct subsidies (bank and automobile manufacturing firms being bailed out) and protectionism (e.g., the imposition on tariffs on tire imports and also the ‘buy American’ clause in the Recovery Act).

But there is another reason industrial policy should be brought forward. That is the climate challenge. The nature of climate change and the responses required contain all the elements of market coordination failure, and the dangers of government failure that continue to be central to the debate on industrial policy.

Shift to a low-carbon economy

Moving to a low-carbon, low environmental impact economy is going to require selective government intervention. It has to be selective, as neutrality towards all products and processes cannot be maintained. It has got to be driven by governments as coordination, subsidization, protection, information and large-scale investments are at the core of the responses towards limiting human impact on climate climate systems.

The need to make the right choices will become increasingly apparent as the world’s population passes the 9 billion mark by 2050. A growing population with greater purchasing power will demand new and more environmentally benign products but will also put heavy pressure on the availability of natural resources to produce them.

The recent financial crisis was preceded by severe difficulties in the world supply of food and acute volatility and rises in the price of oil (for a good overview of the ‘Triple crises’ see the recent WIDER working paper.

If there are no concerted international and domestic efforts for manufacturing to become more resource efficient, larger population growth, mainly in the developing world, will only lead to further reductions in arable land, deforestation, overfishing, land pollution and water shortages.

It is encouraging that international development agencies, donors, academic and leading advanced economies, have started to actively debate the issue of what industrial policies should look like in the future and what configuration of institutional and political settings are needed to ensure better policies.

For instance, in the last quarter of 2009, the World Bank, United Nations University, UNIDO and the German Development Institute hosted workshops on industrial policies. Also, the European Trade Union Confederation adopted a resolution in October 2009 calling for the launch of the “Third European industrial revolution based on green, sustainable and decent jobs”.

During the 2008 presidential campaign, US President Barack Obama proposed an industrial plan to create around 5 million ‘green collar’ jobs, while the media today is more actively debating the need for a US industrial policy, particularly one geared towards ‘green manufacturing’.

The next question that arises is what the content of such policies should be, as well as how they will be implemented an managed. Successful industrial policies need both the proper content — i.e., the policies that address the appropriate binding constraints on industrial change — as well as implementation.

Both depend on the particular conditions of individual countries as it is clear that ‘one size fits all’ policies do not work. They also depend upon appropriate institutional settings to ensure that governments have the relevant information and the capability, and that political interference is limited and incentives properly aligned.

Many countries lack an adequate institutional setting to deliver industrial policy. Moreover, the particular challenges that environmental and resource sustainability raise for industrialization would require an unprecedented degree of global coordination.

These factors could understandably jeopardize any attempt at reaching goals that may be agreed upon in a global climate change accord — indeed the very difficulties implied here may contribute to the reluctance of many countries to agree to binding goals in the first place.

Hence, advancing our understanding of the process of industrial policy formation and its success and failure within the current global context remain one of the most important challenges facing researchers and policy makers.

Ludovico Alcorta is Director, Research and Statistics Branch of the United Nations Industrial Development Programme (UNIDO). He has been a participant in WIDERs project on Building Entrepreneurial Capacity and has been a co-organiser of the joint WIDER-MERIT-UNIDO International workshop on Pathways to Industrialization in the 21st Century: New Challenges and Emerging Paradigms.

Wim Naudé is a Professorial Fellow at UNU-MERIT and the Maastricht Graduate School of Governance, University of Maastricht. He is also a Professor in Development Economics and Entrepreneurship, and Director of Research at the Maastricht School of Management. A graduate in development economics from the University of Warwick (UK) and North-West University (Potchefstroom, South Africa) his recent research focuses on spatial economic inequalities, entrepreneurship and African economic development. Previously, he has been Director of the Work Well Research Unit at North-West University, South Africa, and a Council Member of Statistics South Africa. He has also been lecturer and research officer at the Centre for the Study of African Economies, University of Oxford, has taught economics at Addis Ababa University, and has worked as a policy researcher in a number of African countries.