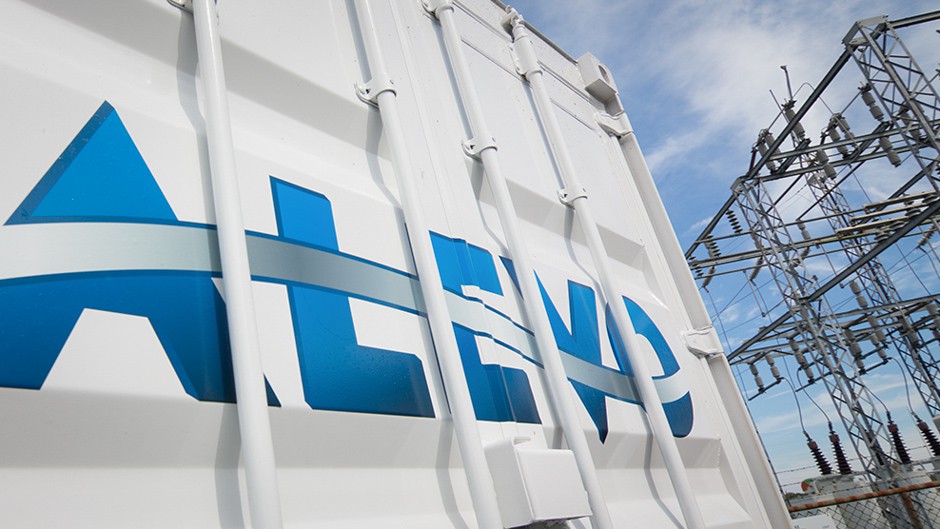 Could a long-vacant cigarette factory in North Carolina build the rechargeable battery that will unlock the future of the clean energy economy?

The Swiss-based Alevo Group launched the new battery technology on Tuesday. After spending US$68.5 million (£42.5 million) for the factory, the group said it would spend up to $1 billion to develop a system that would get rid of waste on the grid and expand the use of wind and solar power.

The project, a joint venture with state-owned China-ZK International Energy Investment Co, aims to ship its first GridBank, its patented battery array, to Guangdong Province this year, going into production on a commercial scale in mid-2015.

The container-sized arrays store 2MW and would be installed on-site at power plants.

Jostein Eikeland, Alevo’s chief executive, said in an interview that the company had an agreement with the Turkish state power authority, and was in discussions with US power companies.

“It’s a gamechanger,” he said.

“If we can take some of the massive energy that is wasted today by mismanagement of the grid and inject it where it is needed, everybody wins,” said Eikeland.

Eikeland said the company would create 2,500 jobs at the factory in Concord over the next three years.

The company would not go into specifics on its technology, or discuss the price of the battery arrays.

Government labs, universities and power companies have spent years trying to develop a technology that could store power cheaply and safely when there is an over-supply, and then release it back on to the grid at times of peak demand.

On sunny days, solar power floods the grid — and some goes to waste because it cannot be stored.

Earlier batteries were too expensive, and cumbersome. Batteries eventually wear out, and take too long to recharge. There are also fire risks because of batteries overheating.

“If you end up with excess solar being produced when the grid doesn’t need it, or excess wind being produced at night when that power is not needed, then they can go right in and charge these batteries so that these batteries can be a source of power for the grid when needed,” said Carol Werner, director of the Environmental and Energy Study Institute. “Storage is really seen as a gamechanger in terms of looking at putting ever greater low-carbon base sources on the grid.”

Alevo said its engineers spent 10 years developing a version of the lithium ion batteries found in most consumer electronics.

It said its lithium ferrophosphate and graphite batteries would help guarantee an even flow of electricity over the grid, and smooth deployment of wind and solar power.

The battery arrays can run 24/7 and be recharged within 30 minutes, with a lifespan of 40,000 charges. There is a lower fire risk than lithium ion batteries.

The company ran thousands of scenarios simulating the batteries’ response on the electric grid that powers 15 US states and Canadian provinces.

In a presentation to the Environmental Protection Agency, Alevo said installation of its energy storage system would reduce waste at a typical coal plant by up to 11%, saving electricity companies money, and cut greenhouse gas emissions by as much as 7%.

Now those claims will be put to the test as Alevo tries to reproduce those results under real-life conditions in North Carolina, and at a reasonable cost.

“If we have a low-cost battery that could store energy in a small footprint that would be a huge breakthrough,” said Haresh Kamath, programme manager for energy storage at the Electric Power Research Institute.

“We don’t know how successful it will be, but it certainly seems to be a contender along with the hundreds of companies out there that are trying to address this problem right now.”