Profiteers of Climate Change in the Arctic 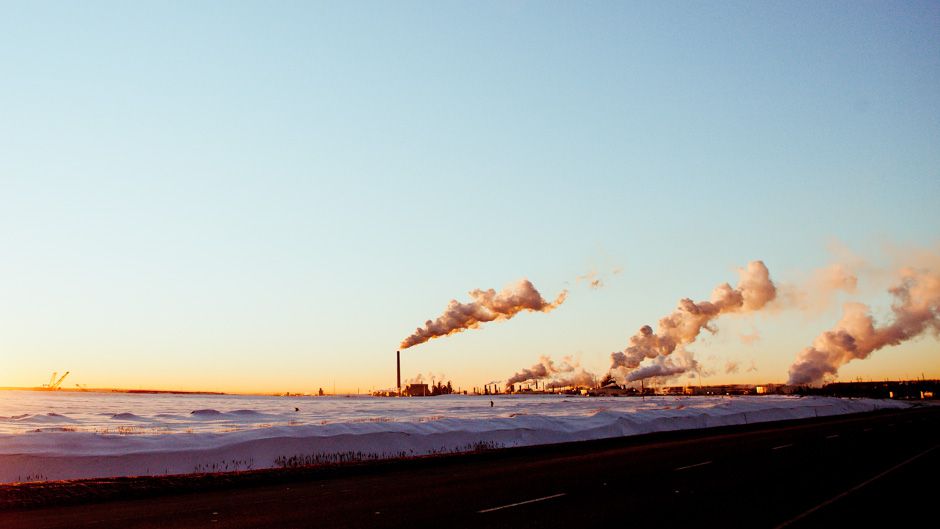 Four million people inhabit the Arctic, spread over an area of 21 million square kilometres — about 500 times the size of Switzerland. The region’s isolated location and tough climate meant that for a long time it was a blind spot on the map, both politically and economically, known at best for its polar bears and the infamous Soviet penal colonies.

But this situation has changed drastically in recent years on account of climate change. In its 2004 “Arctic Climate Impact Assessment”, the Arctic Council found for the first time that the Arctic sea ice was melting dramatically. This trend has continued into the present, with researchers measuring the second-lowest level of ice cover since 1979 in September 2011.

Climate activists and scientists warn that less ice leads to less reflection of the sun’s rays, which heats up the atmosphere even more. In turn, melting land ice accelerates the rise in sea levels. Yet this is a vicious circle that gives rise not only to fears, but also to hope. The United States Geological Survey estimates that 13 percent of all petroleum which can be extracted using conventional means and 30 percent of all natural gas is located in the Arctic, with 84 percent thereof in the sea, i.e., offshore. The increasing pace at which the ice has been melting in recent years will make it possible to access some large oil and gas fields for the first time. At the same time, several states neighbouring the Arctic are now more willing to extract fossil fuels, even under difficult conditions in some cases.

Seventy percent of the Arctic’s natural gas reserves are thought to be on Russian territory. It’s no wonder then that Russia is particularly active in the Arctic at the moment. Last year a deal was announced between Rosneft, Russia’s largest state petroleum company, and ExxonMobil to extract petroleum and gas in the Arctic. Billions are to be invested in these projects over the coming years. Jonas Grätz is convinced: “Russia is one of the major winners from the situation in the Arctic.” Grätz is a scientist at the Center for Security Studies (CSS) at ETH Zurich and has just published an analysis of the conflict potential in the region.

Grätz explains that Russia is dependent on new fossil fuel resources for further economic growth. Extreme weather conditions and ice drift in the Arctic means that extraction there is still risky and expensive. But while other countries neighbouring the Arctic have alternatives in temperate latitudes (Canada extracts oil sands at home while the US extracts shale gas), Russia doesn’t really have that option.

But Grätz also attributes Russia’s newly awakened interest in the Arctic to a second, promising prospect. As the ice melts more and more, trade routes are opening up which in the past, due to the pack ice, were only navigable for short periods or only using icebreakers. In particular these include the Northern Sea Route, which shortens the trade route from Europe to Asia by around a third. The possibilities that this opens up for the future were demonstrated in September 2011 by the 280 metre long Russian supertanker, the “Vladimir Tikhonov”. Carrying 120 tonnes of gas condensate, it headed to its destination port in Thailand directly through the Bering Strait instead of using the traditional route via the Suez Canal.

Grätz is not convinced that the Northern Sea Route could be a viable alternative to the established “motorways” used by the shipping industry in the short term. Insurance for the freighters is still too expensive for this to be the case, and there is no infrastructure for stopovers and loading. Additionally, a license is needed for all shipping journeys off the Russian coast, leading to delays. In the longer term, however, the traditional straits such as the Strait of Malacca off the Sumatran coast and the Suez Canal could become less significant for international trade, according to Grätz’s analysis.

In the meantime, Russia’s main focus in the Arctic is on expanding its own trading capacities and military presence there. Two thirds of the Russian Navy is stationed in the region. Moscow is investing in its fleet, expanding its coastal infrastructure and planning a new oil refinery. At the same time new border patrols are being set up and additional troops are being dispatched to the coast. Grätz sees this first and foremost as an effort to mark Russia’s presence in the region and to stake its territorial claims. “Moscow views the Arctic not just in terms of energy policy, but also from a geopolitical perspective,” he explains.

This view has met with resistance from the US, China and the EU, all of which have repeatedly insisted that the Northern Sea Route off the coast of Russia is an international waterway that has to be open to all states without any special permits. Russia takes quite a different stance, considering the Northern Sea Route to be part of its internal waters. Grätz believes that, although the country never defined itself through this region historically, the economic and security policy activity in the Arctic has become a project that is forging an identity among the Russian elite. A highly symbolic act took place in 2007, when a Russian mini submarine demonstratively planted the national flag on the North Pole seabed.

A small island with a big impact

But it’s not just Russia that is battling for its territorial claims. Norway also has a strong interest in the region. “Norway is reliant on new gas and oil for its export market in order to continue to grow,” says Grätz. He reminds us that Norway is the world’s second-largest exporter of petroleum. Particularly the Norwegian archipelago of Spitsbergen is highly contested. Under the Svaldbard Treaty of 1920, all 40 of the signatory states — which include Switzerland — were granted the right to carry out research on the archipelago and extract resources there.

However, opinions differ as to whether this right also extends to the surrounding seabed. Norway takes the view that the Treaty does not apply to that area and has attempted on several occasions to convince other Treaty partners of this — so far unsuccessfully. During the course of his research, Grätz himself was amazed at how consistently even NATO alliance partners dismissed Norway’s claims. It seems that sovereign interests outweigh the desire to have a trustworthy partner in charge of extracting natural gas in the region.

Even countries that signed the Svaldbard Treaty, such as China, India and South Korea, have set up research stations in the region in recent years in the hope that they will have more control in the Arctic. “It’s almost as if each country wants to plant their flag as long as the territorial claims have not yet been fully clarified,” says Grätz.

This article appears with the courtesy of ETH Life Magazine, a publication of the Swiss Federal Institute of Technology Zurich (Eidgenössische Technische Hochschule Zürich — ETH Zurich).