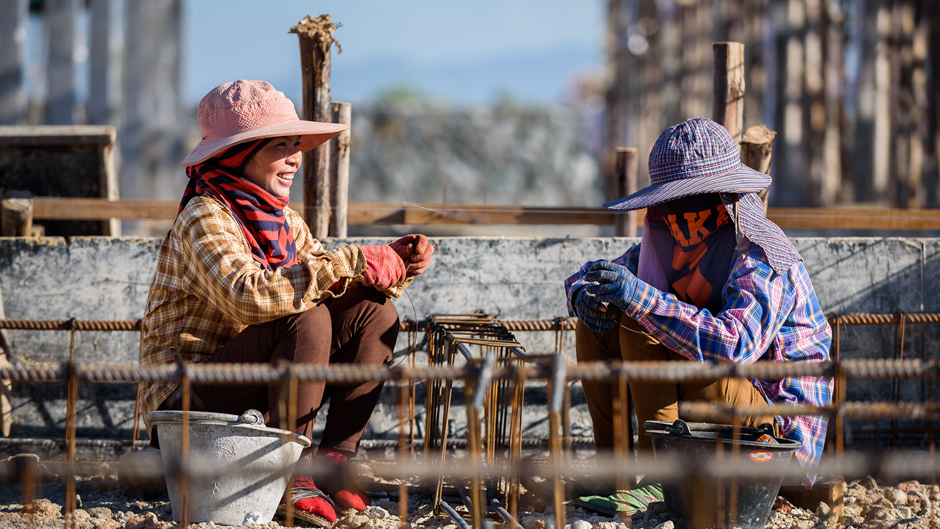 Migrant workers, and their economic contribution to the development of both the country of origin and the host country, have caught the eye of governments and policymakers worldwide.

But the hardships faced by women migrants, who disproportionately bear the brunt of discrimination at work, are often swept under the rug.

This is why, experts from UN Women and the United Nations University (UNU) in New York came together this week to discuss and raise awareness about migrant women workers’ rights.

In 2015, female migrant workers, who number 117 million, contributed about half of the world’s total remittance flow.

As labour markets shuffle in the new world order, two distinct patterns have emerged. Women have increasingly moved to hospitality and nursing industries, or the “domestic” economy, as well as areas previously dominated by men, such as agriculture. Demand has continued to rise in developed countries, but women’s contributions have been severely under-appreciated.

By contributing to the gaps of the labour economy, women have lifted the working age population, and contributed to technological and human capital. By virtue of their soft skills, they have closed the gaps of a receding tax base, undermined by an aging population, and have come to the assistance of the elderly in the chaos of cutbacks in the health sector.

In the Philippines, for instance, which is the world’s third highest remittance receiving country, women migrant workers have been the sole breadwinners for their family. Typically, women largely migrate to Europe and North America.

Still, with the change in the world order and the growth of newer economies, this flow is likely to change. Experts predict that the flow from the Global North to the Global South will shift, as migrants move into the fast growing economies of Asia, like China and India.

“Migration is going to continue because a single country will not have all the resources in and of itself. Even if technology advances, we are not going to put our children in the hands of a robot,” Dr. Francisco Cos Montiel, a senior research officer at UNU, told IPS.

Inkeri Von Hase, an expert on gender and migration issues, told IPS that “we have to prioritise women’s empowerment so they are able to realise their full potential”. The New York Declaration for Refugees and Migrants, which was adopted in 2016 with this very aim to protect and empower migrant workers, has largely failed to take into account specific rights for women’s protection.

Still, all this is not to say that all women migrant workers are necessarily victims of sexual assault and discrimination at work. Many have found a renewed sense of agency and purpose, for instance, the women who have fled violence in Guatemala and El Salvador. To ensure they can continue to tread this path, however, it becomes crucial to adopt newer policies today.

It is also significant that many migrants have become de-skilled in the process of migration, and have settled for the first jobs they found, in a bid to earn money to send home.

The new recommendations by experts in the Global Compact for Safe, Orderly, and Regular Migration report could be crucial to ensure the autonomy and independence of women migrant workers across the world.

This article was originally published on Inter Press Service. Read the original article.