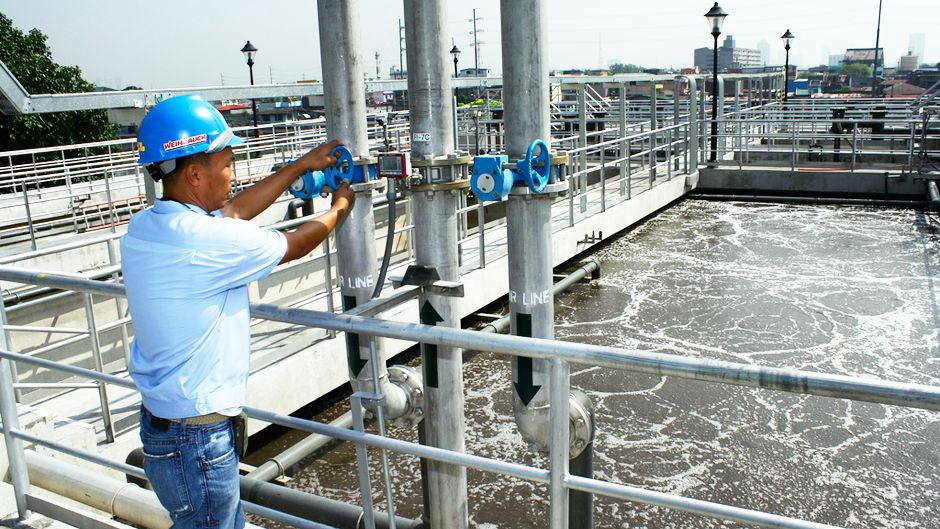 The trend of privatisation and commercialisation of water services, which set in in the 1980s and continued throughout the 1990s, has come to a halt due to the process’ own failures, and has given rise to a return of those services into efficient public management, according to a new book.

Released on Mar. 11, “Remunicipalisation: Putting water back in public hands” was authored by several activists at the Amsterdam-based Transnational Institute (TNI) and the watchdog Corporate Europe Observatory (CEO) in cooperation with several non-governmental organisations.

However, in an interview with IPS, the authors of the book warned that the European Union’s management of the present sovereign debt crisis in several member states is putting pressure upon certain governments to again privatise their water services.

“The world economic crisis that broke out in 2007 has somehow changed the picture of remunicipalisation, because of the financial sector bail-out, which has triggered the sovereign debt crisis in Europe,” Martin Pigeon, expert for public services at CEO, told IPS.

“Now EU institutions, which seem unable, or unwilling, to understand the specificities of the water sector, are pushing very strongly the governments in Greece, Portugal, Spain, and Italy to re-privatise their municipal water systems,” Pigeon added.

This policy is a clone of the outdated and delegitimised structural adjustment policies of the 1980s and 1990s, he said.

For this and other reasons, Pigeon said that the remunicipalisation trend still needs “committed and vigilant citizens” participating in the process to master the multiple challenges the public water management sector is facing now.

The book reviews the experiences of four cities and one country around the world, which, during the past decade, have managed to recuperate water services from commercialisation and privatisation.

In the book, one of the authors, David A. McDonald, says that, while the reasons for remunicipalisation are quite diverse, they “stem in no small part from the failures of water privatisation”.

McDonald remarks that “even the World Bank (one of the main supporters of privatisation in the first place) has called for a ‘rethink’ of privatisation policies, having recognised the regulatory problems associated with multinational water providers, and having seen the effects of a profit-driven service delivery model on workers, low-income households and the environment.”

[quote quote=”Even the World Bank (one of the main supporters of privatisation in the first place) has called for a ‘rethink’ of privatisation policies.” author=”Author David A. McDonald” type=”text” ]

McDonald said that as a result of the realisation of the failures of privatisation, “there has been less direct privatisation of water services since the 1980s and 1990s.”

But the commercialisation of water continues, he warned, “largely through the use of public-private partnerships (PPPs). In effect, the World Bank and many United Nations agencies still advocate for private sector participation in water services and continue to invest in think tanks, conferences and publications that promote and finance private involvement in water services around the world.”

Pigeon said the idea of the book was to study a handful of recent remunicipalisation cases to determine to what extent the process really improved the services in terms of accountability, transparency, performance, social focus, and integration of broader ecological dimensions.

Since remunicipalisation was happening globally, the activists at TNI and CEO wanted to study at least one case per continent, to get a grasp of the diversity of contexts and see whether any common pattern was emerging.

Pigeon said that each case illustrated different aspects of the reasons and effects of remunicipalisation. “Paris shows how a well-prepared remunicipalisation can deliver spectacular achievements, as well as (highlight) the specific technical points that must be paid attention to in the process,” Pigeon pointed out. On the other hand, “Dar es Salaam illustrates the painful realities of international ‘development’ institutions being in control of a crucial local policy, and to what extent the prevailing technical paradigm of centralised networks is not necessarily adaptable everywhere.”

Furthermore, “Malaysia is a fascinating example (of) an attempt at building from scratch a sort of perfect technocratic model, insulated from politics and run by the magic of arms-length relationships, an attempt that we think is not only illusory but dangerous for the country,” Pigeon added.

The case of Buenos Aires illustrates just how long lasting the legacies of corporate control can be, as well as the extent of legal protection given to international companies by the system of bilateral or multilateral investment treaties.

The privatisation of water services in the Argentinian capital shows that the PPPs promoted by international financial institutions such as the World Bank, and a handful of private water management multinationals, as the ideal dual management for water services, actually constitute a dangerous legal trap for governments and societies.

Argentina, which terminated its contract with the French company Suez in 2006, is potentially facing a fine that could amount to hundreds of million dollars from the International Centre for the Settlement of Investment Disputes, Pigeon recalled. This fine would be a penalty imposed upon the Argentinian government, precisely for having terminated the concession contract before its legal expiration with Suez for Buenos Aires’ water systems, even though the company’s performance had been very poor.

Pigeon said that such problems can also be found in the wealthiest countries.

“In Brussels, Belgium, it took a major scandal — when yet another French company, Veolia, closed a sewage plant for a week, sending raw sewage directly into the river — and two years of investigations by a college of independent experts to realise that the contract contained problematic but well-hidden loopholes and that the company had built a plant smaller than what was expected,” he said.

“A striking finding during the research was the continued ideological domination of the private sector, leading the public managers of many of these remunicipalised systems to see themselves as business managers and endorse the private sector’s definition of performance, based on full cost recovery and microeconomic efficiency,” he said.

For these reasons, Pigeon urged civil society groups to continue participating in the debates on water services.

“It took committed, vigilant citizens to create controversy around water privatisation, make it a political problem and eventually pave the way for change to occur,” Pigeon said. “Now there are fundamental challenges to be taken up in the water sector and, if public ownership is a necessary prerequisite to progressive water management, it cannot be the end of the story.”