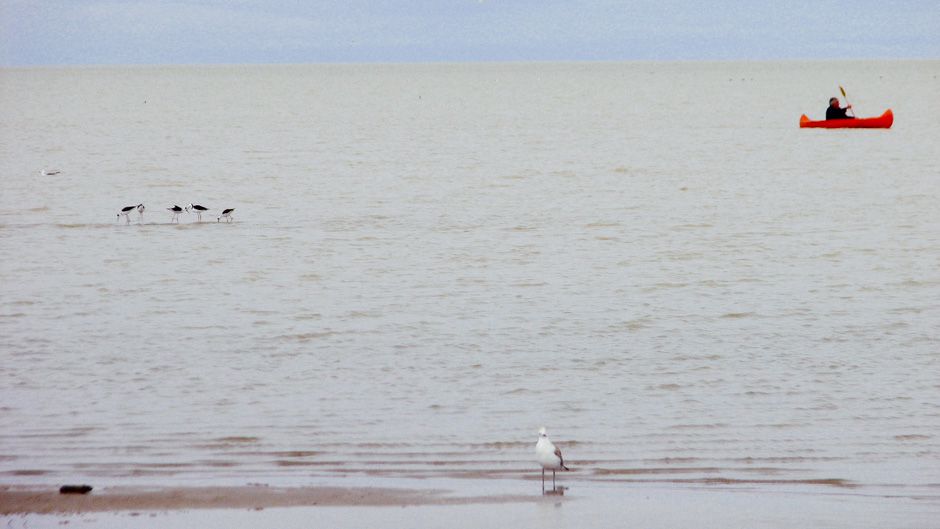 When Donald Campbell broke the land speed record on 17 July 1964, travelling 649 kilometres per hour across a parched desert landscape, he likely climbed out of the specially designed Bluebird-Proteus CN7 car, stepped out onto the salty ground, and took a deep breath of the dry desert air.

There were probably many things on his mind at that moment, but one thing almost certainly wasn’t: wetlands. It would have probably surprised him to know that he was standing in one at that very moment. As a dry salt flat, could the place where the land speed record was broken someday be included on the List of Wetlands of International Importance? It seems impossible, yet Australia’s Lake Eyre Basin seems to break records and rules…

Today, there are 160 signatories to the Ramsar Convention and, as it celebrated its 40th anniversary last year, it is clear that it has found lasting resonance in the global community. A total of over 2,000 Ramsar sites now exist around the world and cover over 1.9 million square kilometres.

At the core of the convention is its mission of promoting conservation and wise use of wetlands “as a contribution towards achieving sustainable development throughout the world”. The heavy focus on the establishment of sites has also been crucial, with each new signatory being required to designate at least one wetland for inclusion on the Ramsar List at the time of its accession.

Few things remain unchanged after 41 years though, and the Ramsar Convention is no exception. The text of the Convention includes a strong focus on waterfowl and their habitats, leading some people to believe that the Convention is mostly about birds. Over the years, however, the Convention has evolved and the scope of its activities has broadened.

A crucial development started in the mid-1990s at the Sixth Conference of the Parties (COP) to the Ramsar Convention held in Brisbane, Australia, as focus shifted away from simple wetland management for waterfowl.

At COP 7 in San Jose, Costa Rica, increasing focus was placed on issues such as integrated river basin management and improving environmental quality in waters. By COP 8, held in Spain in 2002, a suite of new issues emerged under the umbrella of Ramsar, namely water allocation, climate change and wetlands, integrated coastal zone management, and the cultural value of wetlands.

From “wetlands for birds” to “water for people”

This expansion in the range of issues being considered by the parties to the Ramsar Convention is perhaps evidence of a deeper understanding that humankind and communities are inextricably linked with the health of the wetlands that surround them. The ecosystem services provided by wetlands have shaped human civilisation from its earliest stages.

Water is one of the most critical environmental issue in the world today, and, if anything, it will only grow in importance as the global population expands and the forecast effects of climate change generate increasingly unpredictable and severe weather patterns.

Indeed, the increased societal demands on wetlands — as a source of drinking water, food, transportation, hydropower, etc. — means that even if the parties to the Ramsar Convention wanted to limit its focus exclusively to waterfowl habitats, there would be no feasible way to ignore the communities surrounding these ecosystems and their basic needs. It therefore seems both reasonable and useful that the Ramsar Convention has broadened its scope to consider these issues in a more holistic sense.

Likewise, the types of new sites being included on the Ramsar List has also expanded. At one time, most new sites were of critical importance to migratory birds; examples include the Coburg Peninsula in Australia, Dewey Soper Migratory Bird Sanctuary in Canada’s Northwest Territories, De Hoop Vlei in South Africa, Azraq Oasis in Jordan, and the Deltas of Rud-e-Gaz & Rud-e-Hara in Iran.

Today, however, it is more usual for new sites to be designated based on a broader set of criteria, although the convention has been regrettably slow in including wetlands for their cultural significance such as Complejo lagunar de La Albuera in Spain or Moulting Lagoon in Tasmania, Australia. This spreading of the umbrella seems to reflect a recognition that the “wise use” of wetlands is at the very heart of water issues and human security.

A flood of good intentions

Ramsar’s expanded mandate, however, has not been without its critics within convention discussions. There does not seem to be any disagreement over the importance of the issues it’s tackling, but rather whether Ramsar should be looking at these issues in the first place. Its long history, extensive catalogue of sites and 160 signatory parties are, however, all strong arguments in its favour.

But the disagreement is symptomatic of a sobering paradox in the global community today. The international landscape has seen an ever-growing number of organisations, especially conventions, working towards similar goals, but the increased fragmentation and redundancy has often hampered coordination, leading to an institutional system that is ultimately less resilient. Taking a familiar idiom, perhaps this is a case in which “too many cooks are spoiling the broth”.

In the face of these challenges, however, it is heartening to remember that the Ramsar Convention was originally borne from the concerted efforts of a group of NGOs. In attempting to effectively coordinate global action among diverse organisations, the Convention can draw from the cooperative spirit on which it was founded. Looking forward though, it is crucial that such issues be a central focus of major conferences like this month’s UN Conference on Sustainable Development (Rio+20).

The trials and tribulations of a good definition

Let us return again to 1964, Donald Campbell, and his setting of the land speed record driving across the parched lakebed of Australia’s Lake Eyre. Lake Eyre is the lowest point in Australia and the focal point of the endorheic Lake Eyre Basin. As an endorheic system, the lake expands seasonally thanks to river flows from the northeast of the basin and periods of intense rainfall, which are particularly severe during La Niña years. It then subsequently dries due to evaporation. However, even in the dry season some water remains, normally collecting in a number of smaller internal sub-lakes. 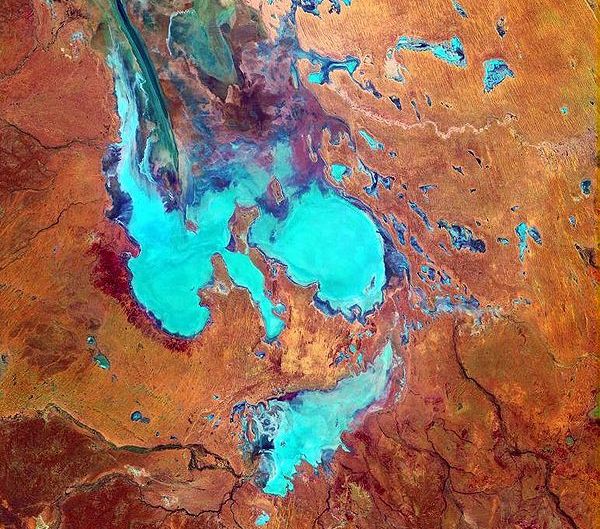 When Lake Eyre begins to fill, a true spectacle takes place. The swollen rivers filling the lake bring alive fish and brine shrimp (that produce dormant eggs that can lie inert for long periods), and as their populations explode, large numbers of water birds are drawn from both sides of the Australian continent to feed and breed. The collection of different bird populations at a single location provides a critical opportunity for genetic mixing of populations usually isolated from one another. Within just a few months to one year, however, the lake has generally been transformed back into a parched landscape.

So is this a wetland? The question would probably have drawn a laugh from Donald Campbell, but how about those who have had the good luck to visit on one of the rare occasions when the lake fills and the birds arrive? It may be somewhat simpler to define a wetland’s length, width and depth, but how about its temporal qualities?  In an international landscape often ruled by the mantra: “you can’t manage what you can’t measure”, some can argue a wetland cannot be effectively managed if it is dry for the majority of the time and if its next wetness time is largely unpredictable?

Regardless, the fact remains that it is an important area (whether wetland or not). Besides its ecological value, it is of immense cultural value to local Aboriginal people. And, in fact in 1987 the upstream river system, Cooper Creek, and particularly the part of its floodplain known as Coongie Lakes, were listed as a Wetland of International Importance — so maybe it is time for the whole system to be so listed!

As Ramsar enters into its next 40 years, it faces unprecedented challenges, not least of which will be to know the time and place for clear definitions, and when it’s time to strap on some boots, leave the office, stop talking and put the Convention’s words into action.

Ramsar Convention at 41: New Dimensions by Peter Bridgewater and Robert Blasiak is licensed under a Creative Commons Attribution-NonCommercial-ShareAlike 3.0 Unported License.

Dr. Peter Bridgewater is a visiting professor at the UNU Institute of Advanced Studies. He currently holds the post of Chair, UK Joint Nature Conservation Committee, and was formerly Secretary General of the Convention on Wetlands, Director of UNESCO’s Division of Ecological Sciences and CEO of the Australian Nature Conservation Agency.