Readers’ Choice: Best Stories of 2012 and What to Expect This Year 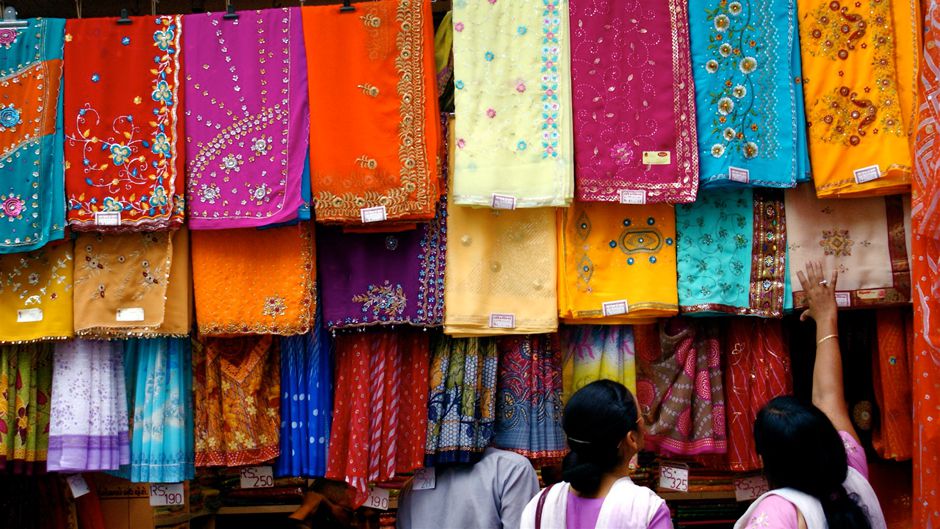 The start of a new year often finds us in a reflective mood. Looking ahead to our goals for the new year is balanced with looking back at previous goals, progress and lessons learned. The issues that Our World has focused on since its inception four and a half years ago continue to gather momentum. As does the United Nations University in general, the Our World team strives to have a true human impact. In our effort to achieve this, we are continually seeking ways to understand what is important to you, our readers, and whether we are meeting your needs, interests and expectations.

In this post, we hope to offer you a little insight into that process, as we look back on the stories we have featured in 2012 and look ahead to 2013 with excitement. We also hope you will dive in and continue to share your thoughts in the comment section, on Facebook or Twitter.

In 2012, Our World significantly expanded its social media following by 40 percent on both of its primary outlets (Our Facebook page currently has 5,094 likes and our Twitter feed has 5,926 followers) and we are committed to continuing this interaction with our readership and their personal social networks.

But if we look solely at the number of reader visits to each article, rather than social media interaction (comments, likes on Facebook or retweets on Twitter) we can identify the top ten articles published in 2012. We have excluded articles published prior to 2012, even though many remain very popular and maintain similar levels of readership as the newer top articles. We will also compare results from the English and Japanese readership.

The most pleasant surprise is that an article by Jonathan Latham (Executive Director of the Bioscience Resource Project) on how farmers are advancing agriculture for themselves, published on 24 December, was able to jump straight into the top ten. It is a story of the success of small farmers in places like India, Ethiopia, Mali and Nepal who have been using the System of Rice Intensification to dramatically increase their yields. These productivity gains have been achieved simply by changing the ways that farmers manage their plants, soil, water and nutrients.

Two other popular articles in our readers’ top ten were written by Robert Blasiak, from the UNU Institute of Advanced Studies. His compelling interview with Allan Savory — originator of the “holistic management” framework, a systems thinking approach to resource management that improves biodiversity and production, while enhancing sustainability and quality of life for those who use it — revealed how it may be possible to reverse desertification and restore grasslands in Africa with an approach that uses livestock to mimic nature’s herbivore herds.

Robert’s second article discussed the sustainable development challenges brought by urbanisation and explored a new movement of people from cities to the countryside and how it may boost human, biodiversity and resource resilience. The editorial team would like to thank Robert for his contributions to Our World and it seems that our readership really appreciates his writings.

The most-read list also features two other articles by UNU-IAS researchers. Both of these are from a project that is part of the Traditional Knowledge Initiative looking at the relationship between traditional knowledge and climate science. The first article is by Kirsty Galloway McLean and explores the interactions between land use, climate change and indigenous people. She reveals that “as climate change increasingly impacts indigenous landscapes, communities are responding and adapting in unique ways”.

The second article is by Gleb Raygorodetsky and asks: “Can REDD ever become green?” For those unfamiliar with REDD, its initiatives aim to use market and financial incentives to reduce greenhouse gas emissions by assigning forests a monetary value based on their capacity to absorb and store atmospheric carbon. Many of these REDD initiatives have been criticized in the past, particularly for how they involve local communities. This article, and the accompanying video produced by Citt Williams of UNU, was picked up by National Geographic.

Next in line we had a very interesting article on the role of universities in co-creating urban sustainability from two former UNU colleagues. Gregory Trencher is a former UNU intern who is now enrolled in a PhD programme at the University of Tokyo. His co-author, Masaru Yarime is an Associate Professor at the University of Tokyo, and a former UNU PhD fellow. It is great that they are still contributing to the work of UNU.

Another PhD student, Joy Merwin Monteiro from the Indian Institute of Science, wrote the article “Expanding our moral universe”. This was the winning submission to a writing contest organized by the UNU International Human Dimensions Programme, so it is easy to understand why it finds itself in the top ten Our World articles for 2012.

One of our closest partners in recent years is the Global Ideas team at Deutsche Welle. We share a similar vision about the need to present positive solutions to pressing global problems. As such, we are delighted that one story we syndicated from Global Ideas — “Discovering the wonders of the coconut”, which uncovers the plant’s wide array of uses from fuel and construction to medicine — made it into our top ten.

And finally, we are also delighted that two articles from the editorial team were also included. These are “The Future of Food in Japan” and “Sustainable Energy for All”. So we would like to thank our international readers for visiting and following Our World.

How does the Japanese readership compare?

As the only UN organization with headquarters in Japan, the UN University seeks to make a contribution to its supportive and gracious hosts. We are delighted that Our World has a strong following in the Japanese community and we are committed to ensuring that we translate all of our content into Japanese (every article and every video). In 2012, around 41 percent of the visits to Our World came from within Japan.

Interestingly the Japanese and English top ten lists share many of the same articles but there are also a few surprises. So let us start with the similarities. Here are the articles that appear on both:

The remaining six are very diverse. From UNU there are two articles. Brendan Barrett wrote an article that responds to George Monbiot’s dire predictions in the Guardian about how we will fry the planet if we extract all the remaining petroleum reserves. The second article, written by Shinichiro Kakuma and Masahito Kamimura, describes the traditional satoumi conservation practices in the Okinawan coral reef system, as part of a UNU-IAS research project.

Then we have a selection of articles from various contributors, which includes Ellen Cantarow’s “How rural America got fracked”, Lester Brown’s “The world is closer to a food crisis than most people realize”, and Fiona Harvey’s “Global fight for natural resources has only just begun”.

These latter three are all pretty grim reading and may reflect the Japanese mood in 2012 following the triple disasters the previous year. In fact this may also explain why the fascinating article by Yoshinori Ishii is also in the top ten since it deals with “Japan’s post 3-11 Plan B”.

So, there you have it. In 2012, Japan was still struggling to rebuild following a devastating 2011 and our Japanese readers were also very much concerned about the state of the world — food crisis, resource depletion, energy and so on.

Some of the big events that will be happening this year include the roll-out of the IPCC Fifth Assessment Report in September that will bring the science of climate change up to date. The next round of climate negotiations will take place in Warsaw from 11-22 November.

On the topic of food security, the G8 will be dealing with this theme at a meeting in the UK on 13-14 June and there will be a special event on food security at the UN General Assembly in September.

On the energy front, we are also anticipating the launch of the Decade of Sustainable Energy for All from 2013 onwards.

Let us not forget Earth Day on 22 April and the International Day of Biodiversity on 22 May, which this year focuses on water and biodiversity.

Those are just some of the highlights for this year. However, we have been giving a lot of thought to how we might improve Our World. So far, to date, we have only focused on four themes — climate change, peak oil, food security and biodiversity. The aim was to show the complex interactions between these problems and their possible solutions.

Going forward, we would like to expand the themes of this web magazine and bring them in line with the thematic coverage of the UN University’s research, namely:

Adopting these broader themes will provide an excellent opportunity to access more of the work of UNU and to share stories in exciting new areas.  We will, of  course, continue to write on the core Our World themes and will maintain our radical and forward-looking perspective because we believe that business as usual is not an option.

The important role of Our World, however, is the fact that it functions as an open platform and accepts contributions. We share our articles with partners across the globe and we re-publish their articles (Creative Commons licensing makes much of this possible). We want to keep doing this and to increase the number of partner organisations we collaborate with, particularly those involved in scientific research; with other UN agencies; and with key media partners.

We believe that this is a winning combination. Our goal, in line with the UNU Charter, is to “increase dynamic interaction in the worldwide community of learning and research” with a focus on “pressing global problems of human survival, development and welfare”.

We truly hope that you, the readers and contributors, will remain part of that “dynamic interaction”.

Readers’ Choice: Best Stories of 2012 and What to Expect This Year by Brendan Barrett, Carol Smith, is licensed under a Creative Commons Attribution-NonCommercial-ShareAlike 3.0 Unported License.

Don’t Say We Didn’t Tell You: Our World 2.0 Predictions