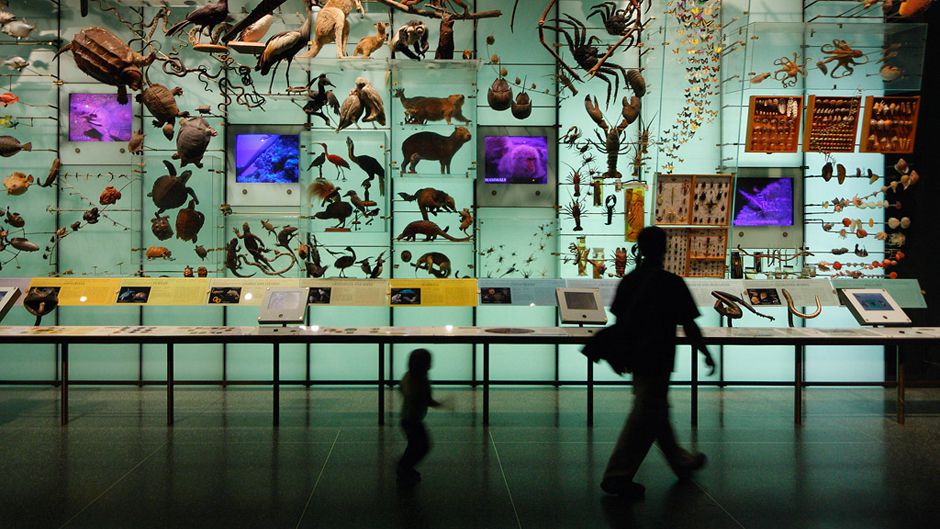 “If nature is really important to human well-being, people wouldn’t be moving into cities in droves, they’d be living in cabins in the woods,” said the economics professor in 1998.

Hopefully that guy has been fired.

The above statement contains two heavily criticised tenets of neo-classical economics: firstly, that people know what they want and they always do what is best for them; and second, that nature can simply be traded-off for money.

We now know that functioning ecosystems and human well-being (HWB) form a critical and inseparable linkage. One of the major tasks of the new Intergovernmental Panel on Biodiversity and Ecosystem Services (IPBES) is to assess how biodiversity and ecosystem services (BES) contribute material and energy inputs for human societies. IPBES is an authoritative independent science panel convened by the United Nations Environment Programme to give science-based advice on BES and its implications for societies.

[quote quote=”We need to think of biodiversity in terms of how species interact together, to capture water, light, nutrients, and how in doing this they provide services to society.” author=”Dr. Harold Mooney, Stanford” type=”text” ]

But assessing biodiversity is more than counting the number and distribution of species in a particular area. Other than what actual variables will be measured (absolute stock or rate of change), a comprehensive framework has to take account of geographic scale (local to global), standardize methods of measuring biodiversity loss or gain, consider different knowledge systems (e.g., traditional) and a variety of other elements that increase understanding of what an assessment will do.

Complicating matters further, the panel of course needs to demonstrate how changes in biodiversity affect ecosystem services (the benefits of nature to households, communities and economies, such as the regulation of the natural water cycle and the provision of food and raw materials), in order to raise the profile of this issue amongst governments and citizens worldwide.

In July 2011, IPBES met here at the United Nations University in Tokyo to tackle the complex issue of ecosystem assessment. The workshop produced 14 considerations for the plenary, the decision making group of IPBES, on how updates on status and trends in BES will be reported for the worldwide policymaking community. The workshop also presented attendees a face-to-face opportunity to find out about the true value of ecosystem services from some of the leading experts in ecosystem science.

“We need to think of biodiversity in terms of how species interact together, to capture water, light, nutrients, and how in doing this they provide services to society,” says Dr. Harold Mooney, Stanford biology professor, explorer, and drafting co-chair of the IPBES workshop report.

“Essentially these communities of organisms are our life support system.”

A question of values

Mooney admits that pleas like this don’t actually effect change in the structure of human society and how it functions. Despite the advances in knowledge about our footprint on the planet — for example we have a good idea of countries’ individual bio-capacity and how much of it is actually being used by the population thanks to ecological footprint analysis — the emphasis on development and growth is more salient to our everyday lifestyles.  This may be because the negative feedbacks of a bio-capacity deficit are dampened by technology and innovation that essentially buys us time before the deficit catches up. It’s like raising the debt ceiling, so to speak. Then there are our busy lives.

“By framing biodiversity in terms of ecosystem services, the benefits to society become apparent and it [biodiversity] resonates more directly with the public and policymakers,” Mooney explains.

In other words, awareness of the concept of ecosystem services, especially provisioning services like food and energy, could allow us to better value what we are losing, amplifying the negative feedbacks from environmental degradation, and thus prompting us to react and reverse our destructive behaviour. If humanity chooses to, we can innovate for sustainability instead of for short-term growth.

[quote quote=”If humanity chooses to, we can innovate for sustainability instead of for short-term growth.” type=”text” ]

The question of value is not only about pricing, says drafting co-chair, policymaker, and economist Prof. Anantha Duraiappah.

“We are talking about social values also, and economists can contribute. One way of course is to get the monetary value of a particular ecosystem service. Other ways are to bring in non-monetary valuation in collaboration with behavioural economists, psychologists and anthropologists in a transdisciplinary way, and the sometimes ignored distributional aspect of ecosystem services — how benefits are distributed across different groups of people.”

Although sometimes not thought of as being within the realm of economics, this aspect (of social and income inequality) is a massive underlying driver of environmental change related to the spread of poverty and marginalization, overconsumption and natural resource exploitation. Rather than advocate radical change in the system, one way could be to use the beneficial aspects of globalisation and trade to supply ecosystem services where they are needed, and reward the originating country with rights and benefits, such as under the Nagoya Protocol on Access and Benefit Sharing.

“Each country has a responsibility for whatever damage its biological material does elsewhere — such as disease transmission, or invasive species — but little attention is actually paid to that,” says Mooney while discussing the effects of globalization.

“I think there is an opportunity to trade services but also be clear about what the consequences are. We’ve learned a lot about life-cycle analysis of products in the last few years, and I think we need that for ecosystem services too.”

The poor are rich

The notion of how benefits are distributed among people also raises the spectre of the costs associated with both assessments and the resulting work going into biodiversity conservation. Biodiversity and ecosystem assessments, like many other worthy environmental policy endeavours, must be looked at through the perspective of developing regions, many of which are rich in biodiversity. A critical question here is whether robust IPBES assessments can be conducted in these regions, given that the regions may be limited in their capacity to carry out the assessments. Should the least developed countries be directing the already stretched resources they have to biodiversity and ecosystem preservation?

Prof. Albert van Jaarsveld, President and CEO of the National Research Foundation in South Africa and a workshop co-chair, notes the two-step nature of this challenge.

“We have to work with people from developing countries to come up with a perspective on what is going on around the globe, and hopefully this can give them a window into what is happening in their own particular area. Then, of course, they have to do something about it.”

Therein lies the challenge, and IPBES is taking into serious consideration the issue of assessment capacity.

Certainly not everyone is happy that issues of habitat and species loss are being framed only with regard to the services we can make use of. Such an approach does not consider the intrinsic value of those life forms not directly used by us, and could take away focus from the causes of biodiversity loss well summarized by Braimoh et al. recently here on Our World 2.0.

The institutional failures and agriculture and population drivers that put pressure on nature should ultimately be addressed by policymakers. Still, IPBES scientists seem well aware that they need to be ‘policy relevant’ rather than overly ‘policy prescriptive’ to emphasize their supportive role. Even though the distinction between the two players (scientist and policymaker) is clear, science targeted towards policy goals will be the key to ensuring that societies realise the true value of ecosystem services, sooner rather than later.

“It will always remain the role and responsibility of political office-bearers to make policy. What we can do, from the scientific point of view, is to present to policymakers consequences of decisions that can be made in the future,” van Jaarsveld explains. “It’s up to them to make the best call.”

Osamu Saito is an Academic Programme Officer in the Global Change and Sustainability section at the UNU Institute for Sustainability and Peace, and Managing Editor of Sustainability Science. He has organized several research projects relating to building a resource circulating society in Asia, sustainability assessment and indicator systems, environmental risk management, and ontology-based knowledge conceptualization for sustainability science. Recognizing the growing importance of Asia’s environmental impacts on the global environment, economics, and human society, his recent work focuses on developing sustainability assessment methods (multicriteria analysis) and developing future scenarios with policy measures to create and maintain sound interlinkage between ecosystem services, biomass use, and human wellbeing in Asia.

David Woiwode is a Master’s degree candidate in international relations with a focus on international economics at the School of International Relations & Pacific Studies of the University of California, San Diego, including coursework in Environmental and Regulatory Economics, Cost-Benefit Analysis, and Program Design and Evaluation. He worked as an intern with UNU-ISP from July until September 2011, where he contributed to the IPBES informal workshop on assessment.