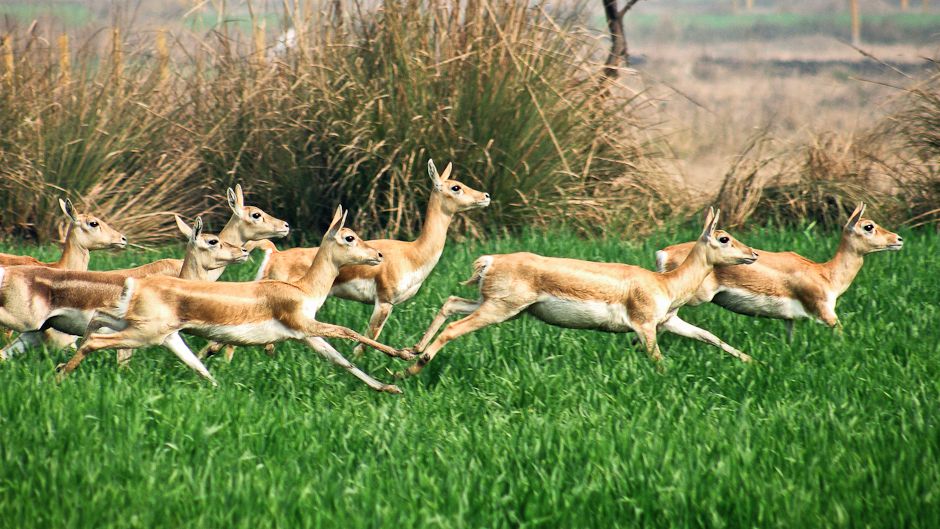 I found myself deep in one of India’s remote tribal areas, standing on a hilltop shaking hands with one of the country’s leading green architects. A half-finished community assembly hall constructed out of hand-shaped red mud bricks stood in the background as more and more members of the tribal community arrived to see what was happening.

It seemed a world away from Hyderabad, where just a day earlier I had been shivering in the air-conditioned meeting rooms of the conference centre, where the  11th Meeting of the Conference of the Parties to the Convention on Biological Diversity (CBD COP11) was being held.

But the thousands of delegates gathering for CBD COP11 and the handful of people working on that distant hilltop were both important pieces in a critically important puzzle that was being assembled on the basis of optimism and shared commitment to improving people’s lives while preserving the planet for future generations.

At the opening plenary in Hyderabad on 8 October, as we watched representatives of the Government of Japan pass the gavel and COP Presidency to Smt. Jayanthi Natarajan (India’s Minister of Environment and Forests), it was no secret that expectations would be high following the successes of COP10 and the previous two years. After all, key legacies of COP10 under the Japanese presidency included the adoption of both the Strategic Plan for Biodiversity 2011-2020 (consisting of five strategic goals, including twenty Aichi Biodiversity Targets) and the Nagoya Protocol on Access and Benefit Sharing.

Many things must have been on the minds of the approximately 6,000 delegates attending COP11 — not least of all, the painful failure to meet the 2010 biodiversity target of attaining “a significant reduction of the current rate of biodiversity loss at the global, regional and national level as a contribution to poverty alleviation and to the benefit of all life on Earth”.

Would there be evidence that the Parties had rallied around the documents adopted at COP10? Or would the 2012 Hyderabad meeting mark the next step towards a similarly painful announcement in 2020?

At the opening session, CBD Executive Secretary Braulio Ferreira de Souza Dias immediately set the tone by urging mobilization of resources and energy towards achieving the Aichi Targets. Indeed, there seemed to be evidence everywhere in Hyderabad that the Strategic Plan had not only been embraced, but that serious progress was already being made towards reaching the individual targets.

Throughout the conference, there was a plethora of side events and sessions focused on financing and achieving these targets. The International Partnership for the Satoyama Initiative, which has often been covered in Our World 2.0, even seized the opportunity to promote synergies by organizing its Third Global Conference back-to-back with COP11 under the theme “Contribution to Achieving the Aichi Biodiversity Targets”.

Meeting targets one step at a time

One of the encouraging success stories comes from efforts towards achieving Aichi Biodiversity Target 11, according to which, “10 percent of coastal and marine areas […] are conserved through effectively and equitably managed, ecologically representative and well connected systems of protected areas”. Over the past decade, the total size of marine protected areas (MPAs) around the world has increased ten-fold. According to current estimates, 8.3 million square kilometers, or roughly 2.3 percent, of coastal and marine areas are now under protection.

It is common to read about coming crises and pending catastrophes, but perhaps one of the healthiest first steps is to accept that no matter how many challenges may await us in the future, there are plenty of ones to deal with right now.

While the 10 percent target may still seem a long ways off, momentum has been building, with the past year seeing MPAs designated in the Pacific by the Cook Islands and New Caledonia of 1.1 million square km and 1.4 million square km, respectively. It is the sort of success story that is precisely in line with a local saying that “if you want to go fast, you go alone; if you want to go far, you go together”. It was a line appropriately quoted by Mr. David Sheppard, Director-General of the Secretariat of the Pacific Regional Environment Programme at a COP11 evening event at which he signed a Memorandum of Understanding with the CBD identifying key priority areas for the Pacific region centered around the Strategic Plan.

In a triumph of melancholy, musician Leonard Cohen once declared: “I think of a pessimist as someone who is waiting for it to rain. And I feel completely soaked to the skin.”

These words resonated with me the first time I read them, and over time, I have become convinced that there is a hidden piece of optimism and practicality here. It is common to read about coming crises and pending catastrophes, but perhaps one of the healthiest first steps is to accept that no matter how many challenges may await us in the future, there are plenty of ones to deal with right now — the storm is already here.

Indeed, action cannot wait. Speaking at the IUCN World Conservation Congress in September 2012, UN Environment Programme Director General Achim Steiner emphasized that if there is no follow-up action to these major international meetings, we can keep having COPs, Rio+30, Rio+40, and we’ll just be “record[ing] the demise of the planet”. No matter how carefully the words are phrased in the various international decisions and commitments, without action they are just words. 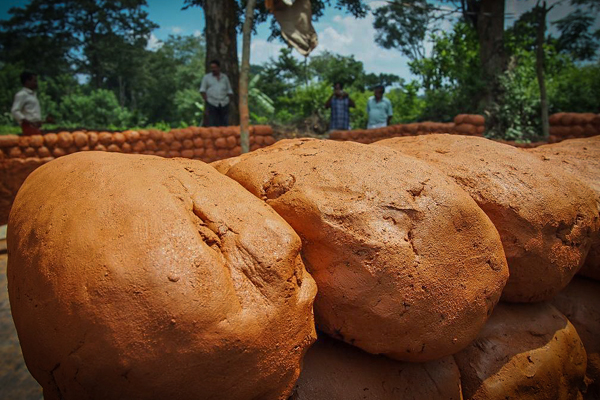 It was with all these things in mind that I was deeply impressed by the commitment and engagement of participants at a whole range of events during the first week of CBD COP11. It was also the reason that as the weekend approached, it was such a relief to leave the venue and head to the airport with colleagues on our way to visit a site where people are physically working to translate many of these ideas into action. The two-hour flight to Calicut and the subsequent hours driving to Wayanad, deep in the Western Ghats quickly opened up a different world.

The next morning we arrived in a tribal community benefiting from the support of the MS Swaminathan Research Foundation Community Agrobiodiversity Centre. Walking past the rows of tea plants into the forest, we passed children, many of whom were part of the “Every Child a Scientist” programme, in which they learned about the value and importance of local biodiversity.

Guided by dedicated local staff, we saw how community members had begun further developing their agricultural production, as we walked past tea, coffee, cardamom, squash, banana and pepper plants. Plans are also underway to empower women and support their livelihoods by introducing them to mushroom cultivation techniques.

My head still filled with targets, strategic goals, indicators, and the endless stream of PowerPoint presentations of the previous days, I looked around and saw all the pieces fitting together.

And at the top of the hill, a community assembly hall was, in fact, being constructed out of mud bricks, using green architecture methods and local knowledge about surrounding soil composition. In the coming months, the assembly hall will serve as a crucial meeting point as the community plans the next steps towards a more resilient future based on harmonious interactions with nature.

My head still filled with targets, strategic goals, indicators, and the endless stream of PowerPoint presentations of the previous days, I looked around and saw all the pieces fitting together. Local activities were being guided by the carefully considered framework for action generated by dialogue at meetings like COP11. Words without action remain just words, but action taken within a guiding frame of reference and shared goals has the potential to gain greater impact.

The final hours at CBD COP11

The next day, we returned to Hyderabad for the remaining days of CBD COP11 and the final plenary got under way late in the afternoon of Friday, 19 October. Two weeks of intense discussions had culminated in the preparation of 33 draft decisions. It was evident just how seriously many of the Parties took their roles, as lengthy negotiations sometimes focused on a single paragraph, a single phrase and, in some cases, just a single word.

With finance negotiations faltering at the last moment, the COP11 President broke off the final plenary after about an hour to allow for consensus to be reached. Reconvening more than seven hours later, targets for resource mobilization had finally been agreed upon, and when the COP President brought the gavel down to close the conference it was 3:02 on Saturday morning.

Perhaps no one summed up the feeling of accomplishment in the room better than Mr. Kazuaki Hoshino, Representative of the Minister of the Environment of Japan, in his closing remarks a few minutes earlier:

“[…] I believe we can take pride in the fact that we have successfully preserved the spirit of shared purpose as we work towards achieving the Aichi Biodiversity Targets by bringing together both developed and developing countries.”

Within hours of the closing ceremony, the remaining delegates began their trips home. It had started to rain heavily and as I boarded the airport shuttle leaving the hotel, I saw a group of children, soaked to the skin, grinning wildly as they chased each other back and forth in the rain. Leaning back in the seat, I closed my eyes as we drove off into the storm.

Reflections on CBD COP11, Optimism and the Real World by Robert Blasiak is licensed under a Creative Commons Attribution-NonCommercial-ShareAlike 3.0 Unported License.