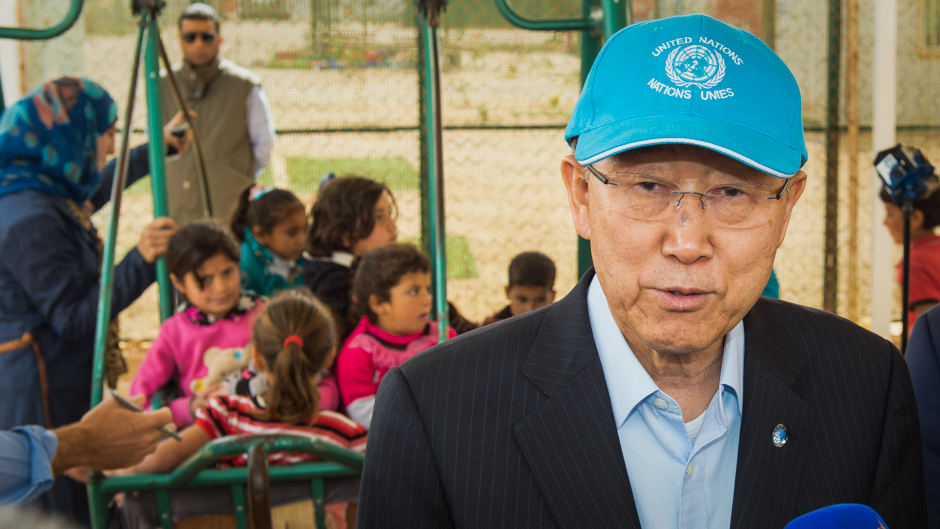 This September, the United Nations General Assembly will bring together world leaders to address one of the leading challenges of our time: responding to large movements of refugees and migrants.

War, human rights violations, underdevelopment, climate change and natural disasters are leading more people to leave their homes than at any time since we have had reliable data. More than 60 million people — half of them children — have fled violence or persecution and are now refugees and internally displaced persons. An additional 225 million are migrants who have left their countries in search of better opportunities or simply for survival.

With equitable responsibility sharing, there would be no crisis for host countries. We can afford to help, and we know what we need to do to handle large movements of refugees and migrants. Yet too often, we let fear and ignorance get in the way. Human needs end up overshadowed, and xenophobia speaks louder than reason.

Countries on the front lines of this crisis are struggling every day to meet the challenge. On 19 September, the General Assembly will hold a high-level meeting to strengthen our efforts for the longer term. To help the international community seize this opportunity, I have just issued a report, “In Safety and Dignity”, with recommendations on how the world can take more effective collective action.

We need to begin by recognising our common humanity. Millions of people on the move have been exposed to extreme suffering. Thousands have died in the Mediterranean, on the Andaman Sea, in the Sahel and in Central America. Refugees and migrants are not “others”; they are as diverse as the human family itself. Movements of people are a quintessentially global phenomenon that demands a global sharing of responsibility.

Second, far from being a threat, refugees and migrants contribute to the growth and development of host countries as well as their countries of origin. The better new arrivals are integrated, the greater their contribution to society will be. We need more measures to promote the social and economic inclusion of refugees and migrants.

Third, political and community leaders have a responsibility to speak out against discrimination and intolerance, and to counter those who seek to win votes through fearmongering and divisiveness. This is a time to build bridges, not walls, between people.

Fourth, we have to give greater attention to addressing the drivers of forced displacement. The United Nations continues to strengthen its work to prevent conflict, resolve disputes peacefully and address violations of human rights before they escalate. One powerful new tool is the 2030 Agenda for Sustainable Development, a blueprint agreed last year by all 193 members of the United Nations that includes a strong focus on justice, institutions and peaceful societies.

Fifth, we need to strengthen the international systems that manage large movements of people so that they uphold human rights norms and provide the necessary protections. States must honour their international legal obligations, including the 1951 Refugee Convention. Countries where refugees arrive first should not be left to shoulder the demands alone.  My report proposes a “global compact on responsibility sharing for refugees”.

There is a pressing need to do more to combat smugglers and traffickers, to rescue and protect people en route, and to ensure their safety and dignity at borders. More orderly and legal pathways for migrants and refugees will be crucial, so that desperate people are not forced to turn to criminal networks in their search for safety.

The number of migrants is expected to continue to grow as a result of trade, labour and skill shortages, the ease of travel and communications, rising inequality and climate change. My report proposes important measures to improve global governance in this area, including through a “global compact for safe, orderly and regular migration”.

The World Humanitarian Summit I am convening in Istanbul on 23 and 24 May will seek new commitments from states and others to work together to protect people and build resilience. I expect the 19 September meeting of the General Assembly to point the way toward solutions to the most immediate refugee and migration challenges, and commit world leaders to greater global cooperation on these issues.

Human beings have moved from place to place across the millennia, by choice and under duress, and will continue to do so for the foreseeable future. Only by upholding our duty to protect those fleeing persecution and violence, and by embracing the opportunities that refugees and migrants offer to their new societies, will we be able to achieve a more prosperous and fairer future for all.

Ban Ki-moon is the eighth Secretary-General of the United Nations.