Refugees and Migrants Know the Risks of Stowing Away on a Lorry, but Feel They Must Take Them 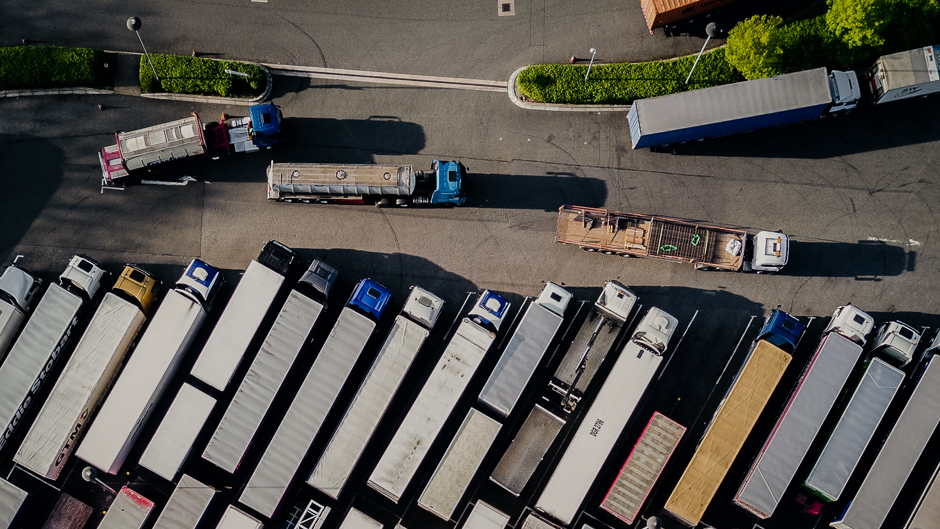 It is still unclear what circumstances led to the deaths of 39 people who were found in a refrigerated trailer in a lorry park outside London. It is not known how these 31 men and eight women, some of whom are thought to be Vietnamese nationals, ended up in the trailer, where they thought they were going, who put them there, and to what extent they went voluntarily or were forced. And why would migrants, refugees or other stowaways make the decision to travel like freight, and do they know the risks?

Suffocating or freezing to death in a sealed lorry, which can be chilled up to -25 degrees, is just one of the risks that refugees and other migrants face on their journeys towards countries where they hope to find safety, security, and dignity. And yet they continue to make these journeys, often well aware of the risks they entail.

Our research focuses on the decision-making of refugees and other migrants engaged in these fraught international journeys, which often take them through several different countries and dangerous border crossings. For example, we recently interviewed Syrian and Afghan refugees and migrants who had survived long and arduous journeys along the Balkans route from Turkey into the European Union (EU).

Hiding in lorries is a key strategy used to cross borders along the Balkans route, which is used by refugees and other migrants who move onwards from Turkey, travelling through Greece, Bulgaria, Albania, North Macedonia, Serbia, and Bosnia and Herzegovenia to enter the EU via Hungary or Croatia. Lorries provide cover from border guards and are frequently used to evade the authorities.

Some of those making the journey organise travel in lorries themselves: there was a young Afghan man who knew where he and his travelling companions could most safely stow away underneath the truck because he had been a truck driver himself in Afghanistan. For him, it was an informed decision.

But others rely on smugglers who place refugees and other migrants in lorries for parts of the journey. Some of our interviewees neither understood nor consented to the conditions in which their smugglers then forced them to travel. This was the case for one Syrian man, who explained that the smuggler had put so many people in the lorry in which they were travelling from Turkey to Greece that he lost consciousness. He said:

“It was this small space in which there were 20 people, so there was no space to breathe. So it was our good luck that the police caught us because it was possible that we would’ve died before reaching Greece.”

Smugglers frequently pack lorries as full as possible. After all, smuggling is a business and more passengers means more dollars.

Most commonly, migrants and refugees are acutely aware of the risks they will face on their journeys. They do not know what exactly will happen, and can only hope for the best. One Syrian man who travelled in 2015 told us:

“You go to die, you know? This journey; everyone calls this journey the journey of death. So everyone knows that, and when I was in Turkey I knew it and I knew it would be difficult, it would be dangerous, maybe I would die. But yeah … Sometimes life does not give you a lot of choices, so that’s the only choice I had when I was in Turkey, so I told myself ‘I’ll just make it’.”

There are risks at every stage of the journey. Refugees and migrants drown at sea, dehydrate during desert or sea crossings, fall victim to kidnapping and extortion, torture and rape, and are beaten, shot, and killed by criminals or border officials. How they move in each stage of the journey becomes a trade-off between risk, chance encounters, and often sheer luck.

When faced with the next dangerous border crossing, they do not consider stopping or going back because, as another Syrian refugee told us, “if you make the first step you can’t go back”. Having spent so much money, time, and energy, and having already been through so much, refugees and other migrants cannot imagine giving up midway, all their efforts coming to nothing. So they attempt what they hope to be the most safe and reliable routes and modes of transport. This often depends on what they can afford to pay smugglers.

The options for getting to Europe are growing increasingly dangerous, due to the aggressive border controls used to keep refugees and other migrants out. Since the height of the “migrant crisis” in 2015, borders along the route have been dramatically transformed. Turkey has tried to close off its border with Syria by building border walls, defences and surveillance infrastructure. Syrian respondents that fled Syria between 2015 and 2018 told us that they were shot at while trying to cross into Turkey, and had to cross in the dark in order not to be killed.

In the Western Balkans, more walls and fences have gone up, with Hungary effectively sealing off its border with Serbia, letting only two asylum seekers through each day. In Bulgaria and Croatia, border officials use brutal violence to push back refugees and migrants who walk across their borders.

Without any legal or safe routes available to them, refugees and migrants accept the risks of other, more desperate efforts to reach their destinations. Often they do not make it. The deaths of the 39 people in Essex are a great tragedy, and unfortunately these perilous situations are common for those making dangerous journeys to Europe. They know the risks, but are driven on by the hope of a life in safety and dignity that they have been unable to find at home or thus far in their journey.

The opinions expressed in this article are those of the authors and do not necessarily reflect the opinions of the United Nations University.

Talitha Dubow is a researcher within the Migration Group at the United Nations University Maastricht Economic and Social Research Institute on Innovation and Technology (UNU-MERIT).

Migrant Deaths in the Mediterranean: The Practicalities of Identification