Refugees, Racism and Xenophobia: What Works to Reduce Discrimination? 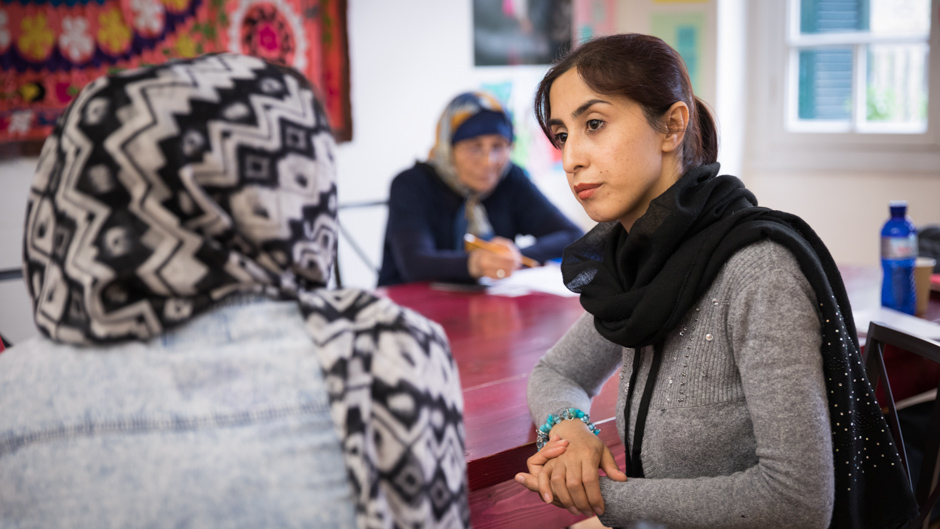 Every minute, an estimated 20 people are forcibly displaced due to conflict, persecution, or war. Of the 68.5 million forcibly displaced people worldwide, 25.4 million are refugees. Compounding the numerous risks and threats that refugees face are growing anti-refugee and anti-migrant sentiment, discrimination, and violence, which have profound implications for refugees’ social welfare and healthcare entitlements as they migrate to and settle in new host communities.

As UN Member States negotiate the final terms of the Global Compact for Safe, Orderly and Regular Migration, the agreement reaffirms commitments to non-discrimination echoed in core international human rights instruments. Notably, one of the Compact’s objectives is to “eliminate all forms of discrimination and promote evidence-based public discourse to shape perceptions of migration”.

But in the face of divisive nationalist rhetoric — such as that embraced by recent political campaigns for Brexit and the election of Donald Trump — where should “evidence-based” interventions be focused to most effectively eliminate discrimination, shape public discourse, and protect the rights of refugees and migrants?

A first step is to build fact-based discourse surrounding current public perceptions of migrants and refugees. Progressive political movements championing an inclusive response to in-flows of migrants and refugees have struggled to counter extremist narratives and social distrust in host communities. Anti-racism and prejudice reduction campaigns on TV, and public service announcements on radio and billboards, have been implemented in many countries, but the causal effects of such campaigns are largely unknown.

It is clear, however, that public attitudes towards migration vary greatly, with Europe being a prime example. As highlighted in research by Valeria Bello at the UNU Institute for Globalization, Culture and Mobility, transnational dynamics including the “war on terror” have increased far-right extremism, prejudiced attitudes towards migrants, and international xenophobia. 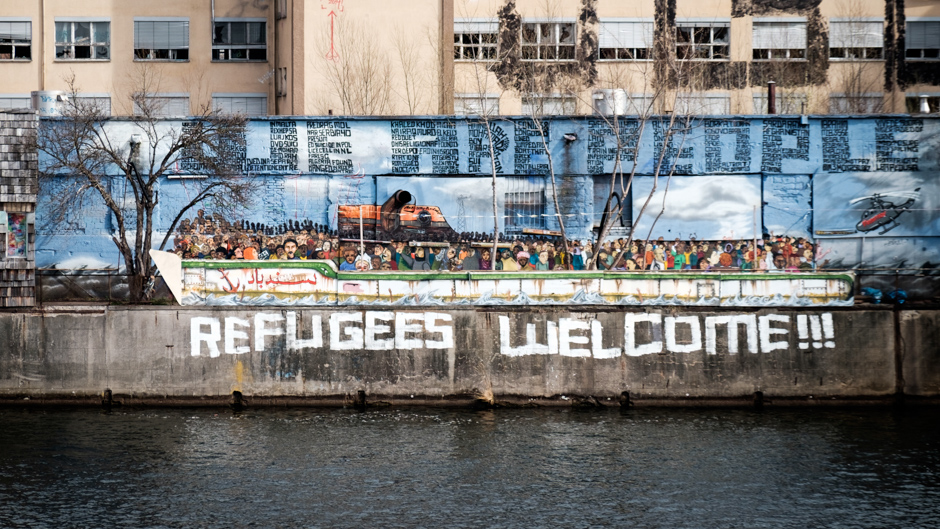 In a survey conducted in 2016 amidst the European migrant and refugee crisis, Eastern and Central European countries had much lower acceptance of those migrating than Western European countries, with Hungary being the least accepting and Sweden the most. Another survey of 18,000 voters in 15 European countries asked participants to evaluate 180,000 profiles of asylum seekers that randomly varied on nine characteristics identified as potentially important for public support, including education and skills levels, religion, and reasons for seeking asylum.

Asylum seekers who had higher employability, consistent asylum testimonies, and severe vulnerabilities — and who were Christian rather than Muslim — received the greatest public support. In other words, asylum seekers were perceived as more deserving of support when they could potentially make economic contributions and had humanitarian grounds for entry.

These perceptions, however biased they might be, are the social realities that fact-based anti-discrimination interventions should address and expand from.

Addressing prejudice at the frontline

Recent research documenting anti-Muslim bias in US government agencies is a wake-up call that interventions should be particularly concerned about prejudices harboured by frontline public sector workers and policymakers, which could translate into discriminatory treatment.

Perceived “moral deservingness” of asylum seekers, refugees, and migrants shapes service and policy responses towards them. “Moral deservingness” involves perceptions which are distinct from the formal assertion of entitlements, which are judicial in nature (e.g. rights, policies). Such perceptions tend to inform decisions which are made in practice about “access” to entitlements. For example, even when refugees have legal or policy entitlements to healthcare, these might be denied by frontline health staff if they do not perceive refugees to be morally deserving of care.

When discrimination is institutional or structural, refugees and migrants may face reduced access to public services and healthcare entitlements based on race or ethnicity.

The health implications for mobile populations subjected to this kind of discrimination can be profound. Racism and discrimination can be physically and psychosocially embodied in the form of higher prevalence of mental health disorders and poor physical health. When discrimination is institutional or structural, refugees and migrants may face reduced access to public services and healthcare entitlements based on race or ethnicity; for example, due to social segregation in housing policies, whereby migrants are concentrated in outer city estates far from good schools, hospitals, and public transport routes. Here, discrimination is not perpetrated by an individual, but by an unjust system of laws and policies which perpetuate inequities over time.

In other research with officials in France, perceptions of deservingness were related to medical evidence of trauma and violence (e.g. physical wounds or mental health trauma). The rise in use of medical certificates in asylum claims appears to progressively substitute asylum seekers’ testimonies when deciding whether to grant refugee status. There seems to be a trust deficit.

Mapping a route to prejudice reduction

“Prejudice reduction” is a growing subject of interest applied across various settings and populations, including schools, workplaces, health fields, and with specific groups (e.g. HIV/AIDS-affected populations). Prejudice reduction interventions include initiatives such as cross-cultural/inter-group contact, diversity training, and peer learning. However, there is still insufficient evidence to understand which interventions are most likely to be effective in different contexts. 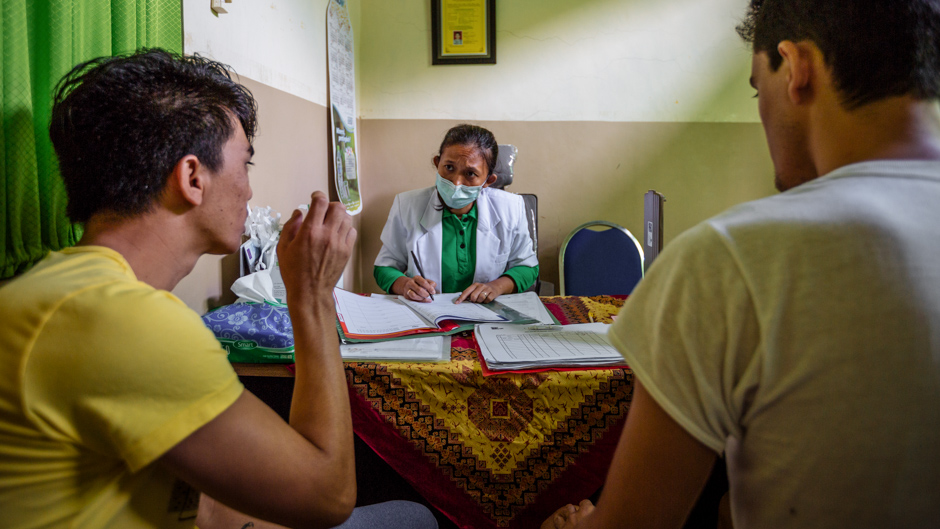 Refugees at a detention centre in Surabaya, Indonesia receive medical check-ups while awaiting their refugee cases to be processed. Photo: © International Organization for Migration/Muse Mohammed

The map will scope whether the outcome — changes in attitudes and behaviours in service delivery in the healthcare, education, immigration, and other public sectors — can be attributed to a prejudice reduction intervention, and will highlight potentially effective interventions which have been implemented in the Global South to reduce discrimination.

The Global Compact for Safe, Orderly and Regular Migration calls for a series of actions to eliminate discrimination pertinent to public sector officials, including: establishing mechanisms to prevent racial and religious profiling of migrants by public authorities; training officials to detect and respond to hate crimes and to administer immigration detention procedures in ways that respect human rights and non-discrimination; and taking steps to ensure non-discrimination in service delivery for migrants.

This is laudable, but it is important to take a step back and: a) figure out what these actions actually look like in practice; and b) ensure that investments in these actions are based on evidence for their effectiveness in reducing prejudice and discrimination.

Dr Nicola Pocock is a Postdoctoral Fellow at the UNU International Institute for Global Health (UNU-IIGH). See her full profile on the UNU website.

Clara Chan is a clinical pharmacist (specialising in mental health) from the UK, with an an MPH from the London School of Hygiene and Tropical Medicine. She is currently completing a research internship with the UNU International Institute for Global Health.