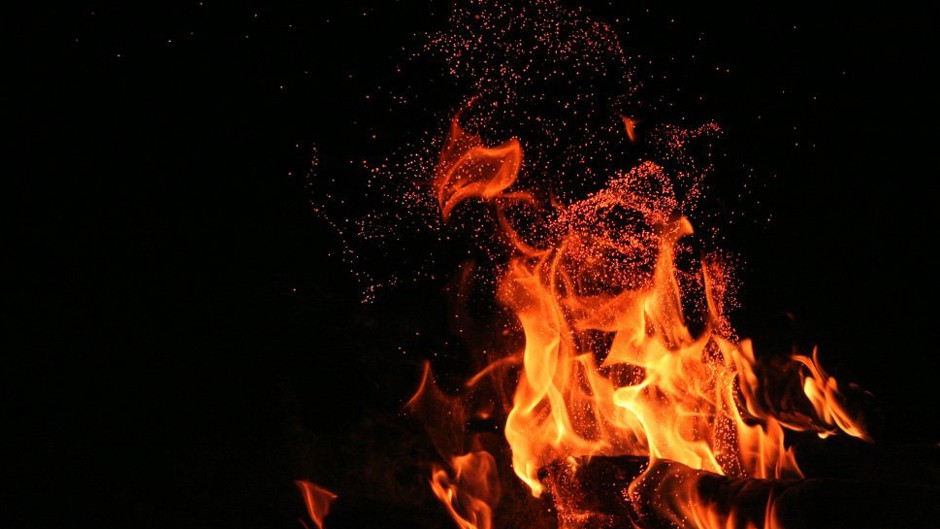 Since 1982, Rocky Mountain Institute has been hatching game-changing innovations to help make the world richer, fairer, cooler, and safer.

Among other things, RMI has made important contributions toward achieving tripled-efficiency cars, trucks, and airplanes; laid many conceptual and practical foundations for electric and water efficiency, widespread renewable energy, and community economic development; devised profitable approaches to solving climate change, oil dependence, global insecurity, nuclear nonproliferation, and critical-infrastructure vulnerability; and forged (with Paul Hawken) a natural version of capitalism. All this work has prepared us well for what comes now.

RMI’s Next Big Thing will bring together all of our 27 years of innovation and engage the world in our most ambitious and important work yet. Put simply, this effort is aimed at changing the way most people have been getting and using energy since the Industrial Revolution.

We mean to speed the transformation from pervasive waste to elegant frugality, from causing scarcity by inattention to creating abundance by design, from liquidating energy capital to living better on energy income. In short, we are “Reinventing Fire”: driving the business-led transition from oil, coal, and ultimately gas to efficiency and renewables.

Reinventing Fire will require tapping, in particular, the two biggest motherlodes of energy, efficiency and the Sun. Efficient use is generally the largest, least expensive, most benign, most quickly deployable, least visible, least understood, and most neglected opportunity in the whole economy. Efficiency can save half of US oil and gas at about a fifth of their current price, and probably three-fourths of US electricity at about an eighth of its price.

RMI is speeding the expansion and capture of this vast “efficiency resource” by showing, in our 10xE (Factor Ten Engineering) project, how whole-system design integration can often make very large (sometimes even tenfold) energy savings cost less than small or no savings.

Once we use energy in a way that saves money, supply becomes much easier, and important synergies emerge between efficient use and renewable supply. Every 70 minutes or so, the sun supplies the Earth with enough energy to run global civilization for a year. An average square meter of land receives each year as much energy from the sun as is in a barrel of oil, and it falls reliably, freely, and relatively evenly on rich and poor alike.

The world’s electricity use could in theory be provided 20 times over just by modern 20-percent-efficient solar cells on the rooftops of buildings in the 1 percent of land area that dense cities already cover. Solar power is always in stock, never runs out (even at night when it’s shining elsewhere), is safe, and never threatens us with terrorist plots.

The sun also causes wind, which could cost-effectively provide over 35 times global electricity needs, particularly at night. Sun and wind are the fastest-growing global energy sources: windpower was the biggest addition to power generating capacity in the US in 2008, and in Europe in 2007–08. Sun and wind in 2008 added, respectively, 6 and 27 of the 40 billion watts of new renewable power worldwide (excluding big hydro dams).

Sun powers photosynthesis, which can produce the biofuels for efficient mobility without interfering with food and fiber production or destroying natural ecosystems. Solar warmth already does 98 percent of our space-heating: without it, the Earth’s surface temperature would average not 15˚C but nearer –269˚C.

Reinventing Fire is about putting the sun’s benign warmth to efficient use in vehicles, homes, factories, neighborhoods, planes, electricity systems, ships, appliances, trucks, and cities, with all these devices, systems, and social orders sharing power and information to create mutual value.

But the Reinventing Fire story is not just about efficiency, the sun, wind, and other renewables. In the third of a century since my “soft energy path,” a powerful new force has begun to reshape society: modern information technology (IT). Putting IT to work can speed the leap from fossil fuels to efficiency and renewables.

Thirty years ago, few utility managers thought about influencing a home’s or a factory’s power consumption. Now, many smart utility managers are doing just that, sniffing out places — swimming pools, water heaters, air conditioners, manufacturing equipment, commercial lights — where sharing information with consumers to inform smarter choices can retime use, cut costs, and curb emissions. The Federal Energy Regulatory Commission has found up to 188 billion watts of such “demand response” potential in the US; we suspect there may be even more.

[quote quote=”Integrating even very large amounts of variable renewables into the grid requires not new technology but new attitudes and operating procedures.” ]

Information technology has further transformed how renewables can mesh with each other and with the power grid. A prevalent myth holds that solar cells and windpower can’t do much because they don’t always work. (Neither does any other source of electricity: the various types of power plants differ only in the size, frequency, duration, predictability, and cause of their failures.)

RMI’s analysts have developed a unique simulation tool to explore how to integrate these variable renewables into utility operations, backing out coal- and gas-burning stations whenever the wind blows or the sun shines. Our initial findings suggest that integrating even very large amounts of variable renewables into the grid — just as utilities now integrate intermittent big power plants and cope with fluctuating demand — requires not new technology but new attitudes and operating procedures that can deliver better service at lower cost and make more profit with less risk.

To help our utility partners understand how to do this, as some in Europe already do, RMI is now synthesizing with them a practical vision of the shape, stability, economics, and transitional path of an efficient, diverse, dispersed, renewable, resilient, economical, and climate-safe electricity system.

Modern society is built from fossil fuels. They are the root source of our society’s wealth and power. But as their rising costs to our security, wallets, and habitat become ever more intolerable, we see one system dying and another struggling to be born.

The inflection point at this moment in history is both evolutionary and revolutionary. The evolving tools to reinvent fire have at last caught up with the vision that has been hatching for decades. And it’s a revolutionary moment because we can at last move beyond just conceiving answers to actually getting off oil, coal, and gas by integrating, articulating, and applying what we know. Today we need not convince the world that Reinventing Fire is necessary. Instead, we must work together to make it happen.

[quote quote=”Today, we do not need to convince the world that Reinventing Fire is necessary. Instead, we must work together to make it happen.” ]

Hence, Reinventing Fire is a “grand synthesis” that will systematically combine decades of intellectual capital, both ours and others’, into a practical map of the road beyond fossil fuels — then help the world head down that road with due deliberate speed. Integrating the latest developments that make getting off oil and coal even more attractive than we thought five years ago, Reinventing Fire weaves together a resilient, multi-layered web of connected, efficient, renewable replacements for fossil fuels, chiefly in the US but in a global context.

The pieces of the most complex jigsaw puzzle in human history are falling into place. The world that we at RMI imagine, and that we strive daily to create, is starting to take shape. We need to form it even faster, because humanity, as Dana Meadows said, has “exactly enough time — starting now.”

Please join us as we embark on one of the most important phases in the 27-year history of Rocky Mountain Institute.

Amory B. Lovins, is Cofounder, Chairman and Chief Scientist of the Rocky Mountain Institute. An American consultant, experimental physicist and 1993 MacArthur Fellow, he has been active at the nexus of energy, resources, environment, development, and security in more than 50 countries for 35 years, including 14 years based in England. He is widely considered among the world’s leading authorities on energy — especially its efficient use and sustainable supply — and a fertile innovator in integrative design.