Removing Arsenic from Groundwater: We Have the Tools, Let’s Use Them 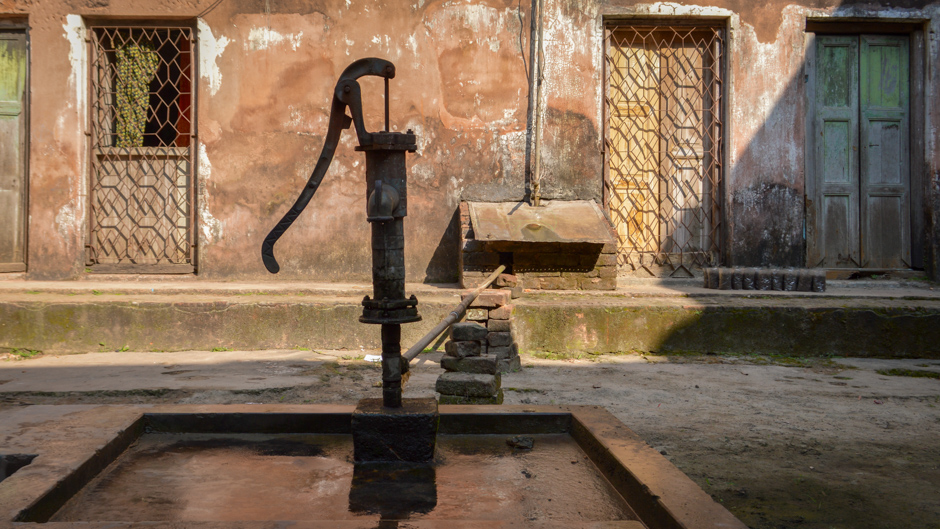 Cost-effective technologies are available to remove arsenic in groundwater. Why, then, do tens of millions of people still fall ill from this chronic problem?

High natural levels of arsenic are characteristic of the groundwater supply in many countries, including Bangladesh, India, Nepal, Mongolia, and the United States.

Some of the contamination is caused by mining, fertilizers and pesticides, waste disposal, and manufacturing, but mostly it is due to arsenic leeching — dissolved from rocks underground by highly acidic water.

At least 140 million people in 50 countries have drinking water containing arsenic at levels above the World Health Organization (WHO) guideline — 10 μg/L (micrograms per litre). In some places, people are using groundwater with arsenic levels 10 times or more the WHO’s recommended limit.

This exposure, through drinking water and crops irrigated with contaminated water, can lead to severe health, social and economic consequences, including arsenicosis (symptomised by muscular weakness, mild psychological effects), skin lesions, and cancers (lung, liver, kidney, bladder, and skin). The social implications of these health impacts include stigmatisation, isolation, and social instability.

In Bangladesh, where the groundwater arsenic problem is most acute, the economic burden from lost productivity is expected to reach an estimated US$ 13.8 billion in about 10 years.

Arsenic-related health problems lead to significant economic losses due to lost productivity in many places. In Bangladesh, where the groundwater arsenic problem is most acute, the economic burden from lost productivity is expected to reach an estimated US$ 13.8 billion in about 10 years.

There are many technologies today that, broadly speaking, use one of six approaches to remove arsenic, described in an abundance of scientific studies. Between 2014 to 2018 alone, over 17,400 papers were published describing elements of the problem and a myriad of low-cost treatment technologies.

A report, published by the United Nations University Institute for Water, Environment and Health, draws on 31 peer-reviewed, comparable research papers that appeared between 1996 and 2018, each describing new technologies tested in laboratories and / or in field studies. The papers covered:

* 23 lab-tested technologies that used groundwater from nine countries (Argentina, Bangladesh, Cambodia, China, Guatemala, India, Thailand, the United States, and Vietnam) and demonstrated arsenic removal efficiencies ranging from 50% to almost 100%, with a majority reaching over 90%. About half achieved the WHO standard of 10 µg/L.

* 14 technologies tested at the household or community level (in Argentina, Bangladesh, Chile, China, India, and Nicaragua) achieved arsenic removal efficiency levels ranging from 60% to about 99%, with 10 removing more than 90%. Only five reached the established WHO standard.

No single technology offers a universal solution, but the report helps point to remedies likely to prove most economical and efficient given the many variables present in different locations worldwide.

The report also notes that a technology can only be considered efficient if it successfully removes arsenic to a level that meets or exceeds the WHO standard of 10 µg/L.

In Bangladesh, for example, where the nationally-acceptable arsenic limit in water is set to 50 µg/L, it’s estimated that more than 20 million people consume water with arsenic levels even higher than the national standard.

In Bangladesh, for example, where the nationally-acceptable arsenic limit in water is set to 50 µg/L, it’s estimated that more than 20 million people consume water with arsenic levels even higher than the national standard.

Globally, despite international efforts, millions of people are exposed to arsenic concentrations reaching 100 µg/L or more.

While national limits higher than the WHO standard may help policymakers report better arsenic reduction results, if a country feels that the situation is coming under control it may reduce the sense of urgency in policy circles to eradicate the problem, and the population continues to suffer from ingesting high levels of arsenic.

A limit less stringent than the WHO guideline effectively shifts attention from the problem and impacts and postpones the best health outcome for citizens — and needlessly so, given the technologies available.

The technologies in hand today can significantly reduce the numbers of people affected by this public health problem. Needed is a sustained, concerted effort from policymakers, engineers, healthcare providers, donors, and community leaders to achieve quantifiable and sustainable impacts.

Over the next decade, we need wide-scale implementation of remediation solutions to meet the WHO standard and achieve two key Sustainable Development Goals: SDG 3 (“Good health and wellbeing” and SDG 6 (“Clean water and sanitation”).

We have cost-effective tools to alleviate and ultimately eradicate the problem of arsenic-contaminated water consumption. Let’s use them.

Yina Shan is a student in the Faculty of Health Sciences at McMaster University, Hamilton, Canada.

Praem Mehta is a water and health researcher at the UNU Institute for Water, Environment and Health (UNU-INWEH).

Duminda Perera is a senior researcher (hydrology and water resources) at the UNU Institute for Water, Environment and Health. He has 15 years of research and technical assistance experience with a primary focus on water-related disasters.

Yurissa Varela is a student at School of International Development and Global Studies at the University of Ottawa, Canada, and an intern at the UNU Institute for Water, Environment and Health.

Clean Water for All: A Case Study of Malaysia’s Orang Asli

A Starting Point to Solve the Global Water Crisis