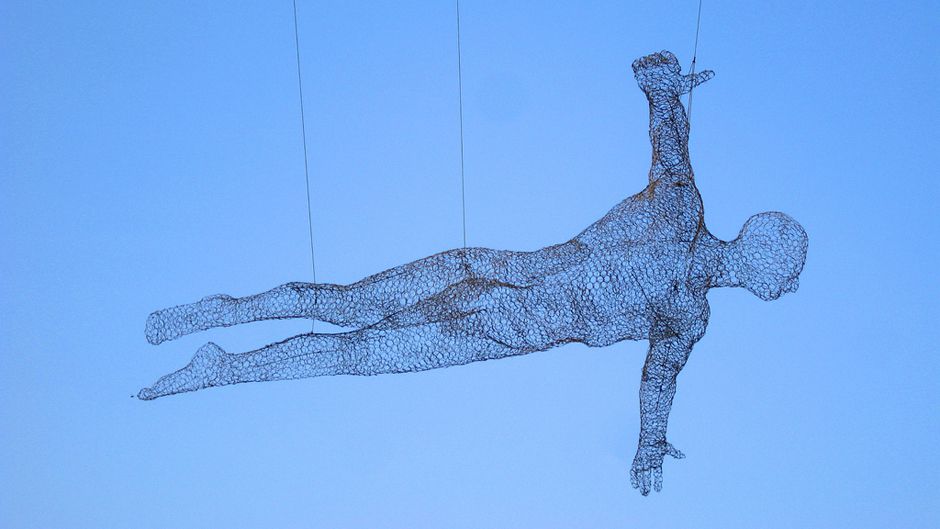 Sometimes facing up to the truth is just too hard. When the facts are distressing it is easier to reframe or ignore them. Around the world, only a few have truly faced up to the facts about global warming.

Apart from the climate “deniers”, most people do not disbelieve what the climate scientists have been saying about the calamities expected to befall us. But accepting intellectually is not the same as accepting emotionally the possibility that the world as we know it is heading for a horrible end. It’s the same with our own deaths; we all “accept” that we will die, but it is only when death is imminent that we confront the true meaning of our mortality.

Over the last five years, almost every advance in climate science has painted a more disturbing picture of the future. The reluctant conclusion of the most eminent climate scientists is that the world is now on a path to a very unpleasant future and it is too late to stop it.

Behind the facade of scientific detachment, the climate scientists themselves now evince a mood of barely suppressed panic. No one is willing to say publicly what the climate science is telling us: that we can no longer prevent global warming that will, in this century, bring about a radically transformed world that is much more hostile to the survival and flourishing of life.

Requiem for a Species is a book about the frailties of the human species, the perversity of our institutions and the psychological dispositions that have set us on a self-destructive path.

This is no longer an expectation of what might happen if we do not act soon; this will happen, even with the most optimistic assessment of how the world might respond.

The Copenhagen conference in December 2009 was the last hope for humanity to pull back from the abyss. But a binding commitment from the major polluting nations to shift their economies immediately onto a path of rapid emission cuts proved too hard. In light of the fierce urgency to act, there was a sense at the Copenhagen conference that we were witnessing not so much the making of history, but the ending of it.

Some climate scientists feel guilty that they did not ring the alarm bells earlier, so that we could have acted in time. But it’s not their fault. As I argue in Requiem for a Species, despite our pretensions to rationality, scientific facts are fighting against more powerful forces.

Apart from institutional factors that have prevented early action — the power of industry, the rise of money politics and bureaucratic inertia — we have never really believed the dire warnings of the scientists. Unreasoning optimism is one of humankind’s greatest virtues and most dangerous foibles.

Primo Levi quotes an old German adage that encapsulates our psychological resistance to the scientific warnings: “Things whose existence is not morally possible cannot exist.”

In the past, environmental warnings have often taken on an apocalyptic tone, and it is to be expected that the public greets them with a certain weariness. Yet climate change is unique among environmental threats because its risks have been systematically understated by both campaigners and, until very recently, most scientists.

Environmental campaigners, naturally optimistic people, have been slow to accept the full implications of the science and worry about immobilising the public with too much fear. With the growth of global greenhouse gas emissions now exceeding the worst-case scenarios of a few years ago and the expectation that we will soon pass tipping points that will trigger irreversible changes to the climate, it is now apparent that the Cassandras — the global warming pessimists — are proving to be right and the Pollyannas — the optimists — wrong.

In the Greek myth, Cassandra was given the gift of prophecy by Apollo, but when she failed to return his love, Apollo issued a curse so that her prophecies would not be believed. I think the climate scientists, who for two decades have been sending warnings about global warming and its impacts, must sometimes feel like Cassandras cursed by Apollo, and never more so than now.

Unreasoning optimism is one of humankind’s greatest virtues and most dangerous foibles.

There have been any number of books and reports over the years explaining just how ominous the future looks and how little time we have left to act. Requiem for a Species is about why we have ignored those warnings. It is a book about the frailties of the human species, the perversity of our institutions and the psychological dispositions that have set us on a self-destructive path.

It is about our strange obsessions, our penchant for avoiding the facts, and, especially, our hubris. It is the story of a battle within us between the forces that should have caused us to protect the Earth — our capacity to reason and our connection to Nature — and those that in the end have won out — our greed, materialism and alienation from Nature. And it is about the twenty-first century consequences of these failures.

For some years I could see intellectually that the gap between the actions demanded by the science and what our political institutions could deliver was large and probably unbridgeable, yet emotionally I could not accept what this really meant for the future of the world. It was only in September 2008, after reading a number of new books, reports and scientific papers, that I finally allowed myself to make the shift and to admit that we simply are not going to act with anything like the urgency required.

Humanity’s determination to transform the planet for its own material benefit is now backfiring on us in the most spectacular way, so that the climate crisis is for the human species now an existential one.

On one level, I felt relief: relief at finally admitting what my rational brain had been telling me; relief at no longer having to spend energy on false hopes; and relief at being able to let go of some anger at the politicians, business executives and climate “sceptics” who are largely responsible for delaying action against global warming until it became too late.

Accepting the reality of climate change does not mean we should do nothing. Cutting global emissions quickly and deeply can at least delay some of the worst effects of warming. But sooner or later we must face up to the truth and try to understand why we have allowed the situation that now confronts us. Apart from the need to understand how we arrived at this point, the main justification for the book is that by setting out what we face we can better prepare ourselves for it.

Undoubtedly I will be accused of doom-mongering. Prophecies of doom have always been of two types. Some, like those of doomsday cults, have been built on a belief in a “truth” revealed by a supernatural force or the delusions of a charismatic leader. Sooner or later the facts assert themselves and the prophecy is proven wrong.

Humanity’s determination to transform the planet for its own material benefit is now backfiring on us in the most spectacular way, so that the climate crisis is for the human species now an existential one.

The second type is based on the possibility of a real disaster but one whose probability is exaggerated. Survivalist communities sprang up during the Cold War because those who joined were convinced that nuclear war would break out, leading to the end of civilisation. There was indeed a chance of that happening, but most people believed it was lower than expected by survivalists and the latter were legitimately accused of doom-mongering.

Until recently, catastrophic global warming fell into the latter category, and anyone predicting the end of modern civilisation was arguably guilty of exaggerating the known risks because the prevailing warming projections indicated there was a good chance that early action could prevent dangerous climate change.

But in the last few years, scientists’ predictions about climate change have become much more certain and much more alarming, with bigger and irreversible changes now expected sooner. After a decade of little real action, even with a very optimistic assessment of the likelihood of the world taking the necessary action and in the absence of so-called unknown unknowns, catastrophic climate change is now virtually certain.

In these circumstances, refusing to accept that we face a very unpleasant future becomes perverse. Denial requires a wilful misreading of the science, a romantic view of the ability of political institutions to respond, or faith in divine intervention. Climate Pollyannas adopt the same tactic as doom-mongers, but in reverse: instead of taking a very small risk of disaster and exaggerating it, they take a very high risk of disaster and minimise it.

Of course the most immediate reason for ‘our’ failure to act on global warming has been the sustained and often ruthless exercise of political power by the corporations that stand to lose from a shift to low-carbon energy systems. The story of the influence of the carbon lobby has been told by a number of authors and journalists. We can all see what has been happening.

What is more perplexing is why we have allowed these people to stop our governments acting on global warming. We could have surrounded the parliaments, occupied the coal-fired power plants and shut down the CBDs demanding that our representatives pass strong laws to protect our children’s future. But we didn’t.

Requiem for a Species: Why we resist the truth about climate change, was published in the United Kingdom and North America by Earthscan on 16 April 2010, and was published in Australia by Allen & Unwin in March 2010.

Requiem for a Species by Clive Hamilton is licensed under a Creative Commons Attribution-NonCommercial-ShareAlike 3.0 Unported License.

Debate: Not in My Backyard