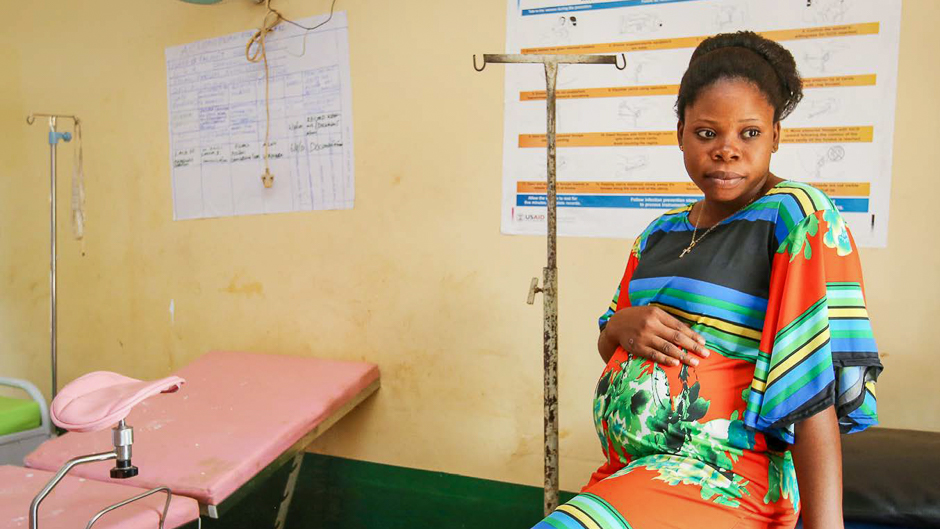 To better highlight UNU’s people, approach, and products, the UNU 2019 Annual Report includes feature articles that provide an example of UNU’s work on select topics — the following feature on gender and health, and features on modern slavery, and climate change.

Throughout history, women have suffered from deliberate discrimination. Yet it was not until the First World Conference on Women in 1975 that the global community formally acknowledged this injustice. Two more decades would pass before the 1995 Beijing Declaration and Platform for Action declared gender equality and women’s empowerment to be essential priorities for achieving a prosperous, peaceful, and sustainable world.

The Beijing Declaration flagged women’s “inequalities and inadequacies in and unequal access to health care and related services” as one of 12 critical areas of concern. Today, there is a growing understanding and recognition that the negative health impacts of inequitable gender norms, and other intersecting forms of discrimination, affect the health and well-being of women, men, and gender-nonconforming individuals.

The United Nations University’s research supports effective policies targeted towards ensuring gender equity in all aspects of life. In the realm of health policy, the UNU International Institute for Global Health (UNU-IIGH) generates policy-relevant analysis by applying a gender lens to inform, guide, and advance a more gender-transformative health agenda.

Given the critical role of gender in achieving the Sustainable Development Goals, in particular SDG 3 (“good health and well-being”), UNU-IIGH supports the efforts of UN agencies, programmes, and Member States in reducing gender inequities in health.

In 2019, UNU-IIGH research focused on helping to answer the critical question: How can we ensure that countries, health systems, and international organisations deliver most effectively on gender equity in policies and programming for universal health coverage?

Part of the answer to this complex question can be found through gender mainstreaming — the process of assessing and responding to the implications for women and men of any planned action, such as legislation, policies, or programmes. The aim is to make womenʼs and menʼs diverse concerns and experiences an integraldimension so that inequality and discrimination are not perpetuated.

Despite repeated commitments to the objectives of gender mainstreaming, it is often seen as less pertinent to health policymakers, or is implemented in a fragmented and unsustainable manner. While there appears to be increasing demand to integrate gender more intentionally, this is coupled with gender mainstreaming “fatigue” and uncertainty about the effectiveness of what many perceive to be a process- heavy exercise with unclear results.

To ensure continued interest and commitment, it is critical to build on the experiences, successes, and failures of the past 25 years. However, systematic documentation, assessment, and learning are lacking. Without this evidence and real commitment to change, gender mainstreaming will remain a tokenistic add-on, health investments will not be optimised, and gender inequities will not be overcome. UNU-IIGH researcher Dr Michelle Remme emphasises that “there are several evaluations and reports listing the challenges in mainstreaming gender in health, but there is limited systematic assessment of which approaches have worked to achieve change and programmatic impact, and why and how they have worked. This means that we may keep repeating the same mistakes and recommending flawed approaches to health programme implementers and policymakers, instead of focussing on effective strategies.”

Having adopted gender mainstreaming since 1997, the UN system is uniquely placed to provide leadership by harnessing its unrivalled geographical reach, breadth, and scope of operation; its banks of data; and promising practices in what has worked (or failed) in efforts to promote gender equity in health for communities, countries, and regions.

A hub of evidence for action

Building on this potential, in April 2019 UNU-IIGH and the World Health Organization co-convened a two-day consultation with UN health agencies, academics, and civil society experts to take stock of recent progress on gender-based approaches in health. Outcomes of the consultation were an agenda for priority research and action to disrupt the “business as usual” attitude, and support for the creation of a Policy Hub on Gender and Health — a repository for evidence, policy engagement, and practice-based learning.

Dr Rosemary Morgan of Johns Hopkins University framed the importance of the Policy Hub as “a platform in which gender and health specialists can come together in a non-competitive way. There is a need to break geographical, generational, and racial boundaries within this work with the aim of working horizontally. We need to better learn from each other.”

The priorities of the Policy Hub will align with the Global Action Plan for Healthy Lives and Well-being for All (SDG3 GAP). Launched in September 2019, the Action Plan unites 12 global health, development, and humanitarian agencies for more effective collaboration and greater impact at the country level. One of the 7 “accelerator themes” in the Plan is addressing the determinants of health through rights-based and gender-responsive approaches. According to Dr Remme, “the Policy Hub, coordinated by UNU-IIGH, will serve as a platform to generate and share evidence that can inform the work of the SDG3 GAP partners as they accelerate progress on gender equality in their health programming and country support”.

As part of this programme of work, the UNU-IIGH project What Works in Gender and Health: Learning from Practice illuminates the successes of gender mainstreaming in health — what approaches were successful for whom, in what circumstances, in what respects, and why — among five UN agencies working on global health. The project is identifying and socialising successful approaches and strategies that can respond to gender inequities in health policy and practice, thereby transforming entrenched gendered power dynamics and promoting gender equality in the UN’s normative and programmatic work on health.

Research at the intersection of health issues

Successful gender mainstreaming drives progress on gender and health, but there are other intersecting areas that need to be addressed to bridge gaps in knowledge. UNU-IIGH is also investigating dimensions of health systems ranging from inequitable financing for women’s health issues and underinvestment in health programmes that promote gender equality, to how health systems impact communities.

“We cannot accept the perpetuation of inequities in health policies and health systems. Gender inequality and harmful gender norms undermine the goal of universal health coverage. We must use evidence and collective learning to reshape health systems and to improve health and well-being for all, particularly for those who have been the most marginalised, discriminated against, and disadvantaged.” — Dr Michelle Remme, UNU-IIGH Research Fellow

At a 2019 expert meeting co-convened by UNU- IIGH and UN Women, stakeholders examined existing approaches for tracking financing for gender equality and women’s organisations in HIV responses, and identified good practices and emerging innovations. The findings and recommendations were shared with UNAIDS as part of their resource needs estimates for the global AIDS response.

And on the front lines of community healthcare in Mozambique, Niger, and Zambia, UNU-IIGH partnered with UNICEF to gain a better understanding of how gender-informed policies and practices can be applied in community health programmes to strengthen primary healthcare. Because community health workers typically are women, who are the communities’ main or only point of contact with the health system, gender inequalities adversely impact their work and the health of populations they serve. The project confirmed that local populations of both genders can derive benefit when a mostly female frontline health workforce is supported from a women’s rights-based perspective.

All of these research efforts point to a fundamental tenet of gender and health: Gender equality does not mean ignoring or expunging the differences between women and men, but rather developing a more nuanced understanding of the relational (social, economic, and political) aspects of gender, and the dynamic, intersecting factors that impact human health and well-being.

There is a considerable body of evidence and lessons learned from promoting gender equity in specific health areas, such as sexual and reproductive health, maternal health, gender-based violence, and HIV/AIDS. The challenge now is to expand its applicability to other areas, including newer, non-traditional spheres such as universal health coverage.

Based on a diverse portfolio of health-related research conducted by UNU-IIGH, as well as other UNU institutes, the United Nations University is identifying pragmatic, evidence-based insights and developing targeted health improvement and healthcare strategies through the lens of gender equality. These efforts contribute to SDG 3, SDG 5, and to the universal aspiration of achieving a peaceful, just, sustainable, and healthy world.