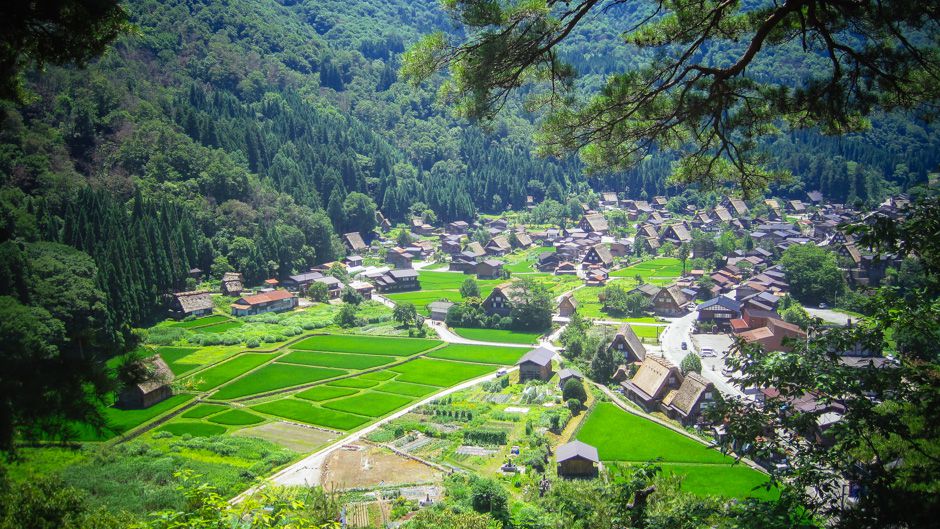 It is difficult to overstate the importance of healthy ecosystems for human well-being. Indeed, the two are so inextricably linked that the ongoing degradation of ecosystems around the world has been spawning a wide range of severe challenges such as freshwater scarcity, food insecurity and poverty.

It therefore comes as little surprise that expectations are so high and there is such a sense of urgency leading up to the Rio+20 conference to be held in June 2012 in Rio de Janeiro.

For millennia, humans have been interacting closely with nature and building up a wealth of knowledge about effective use and management of local resources critical for securing food, clothing and shelter.

As a result, sustainable production systems have emerged over history in many parts of the world, forming so-called “socio-ecological production landscapes” (SEPLs). These landscapes embody many aspects of the green economy concept and provide not only useful indications of how humans and nature have harmoniously interacted in the past, but also guidance on how to transition to sustainable societies built on green economies.

The origins of socio-ecological production landscapes

But what are the sustainable practices that have led to the creation of SEPLs? Common characteristics include, among other things: extensive use of locally available and renewable resources, recycling of nutrients, spatial and temporal diversity, reliance on local crop varieties, and decision-making based on the knowledge and culture of local inhabitants.

A good example is provided by the practice of shifting cultivation, which entails the rotation of crops and/or livestock in combination with fallow periods. This ensures the recovery of soil fertility and hence the potential for sustainable production. In some tropical areas, “homegardens” have a long history of sustainable practices. Homegardens create a multi-story combination of various trees and crops resulting in ecologically-friendly practices such as efficient nutrient cycling and conservation of biodiversity, as well as sociological practices such as the incorporation of both men and women into the management of such systems.

SEPLs are known by different names in different parts of the worlds. For example, Spain’s agrosylvopastoral dehesa systems represent an example of integrated land use, utilising shifting cultivation of cereals and pulses in sparse wood pasture used for animal grazing. In Japan, satoyama landscapes are characterised by a mosaic feature of both terrestrial and aquatic systems including woodland, grassland, paddy field, farmland, irrigation ponds and canals.

In all of these cases, a common element is the vast quantity of traditional knowledge that has been accumulated by the people engaging in such close interactions with their natural surroundings. Survival has been contingent not only on passing this knowledge down through the generations, but also on fostering communities in which the benefits and burdens as well as the rules and norms that constituted the community structure have been shared. Over the ages, unique landscapes emerged, formed by the co-evolution of these sociological and ecological practices, generating the diversity of SEPLs that can now be observed around the world.

While SEPLs provide strong evidence of the potential for sustainable societies to exist in harmony with nature, countries that are now striving to transition to green economies will have further challenges. Two particularly pressing issues are the unprecedented global urbanization and the push towards agricultural intensification to feed an ever-growing population.

The world is currently in the midst of the largest migration in human history, as people move from rural to urban areas. With over half of the world’s population now living in cities, rural communities are suffering from a lack of successors, as well as the abandonment of SEPLs and loss of traditional knowledge built over generations of human-nature interactions. Furthermore, demographic imbalances arising from the young people moving from rural communities to urban environments generate many other significant challenges including food security, overcrowding and pollution.

The SEPLs described above developed as subsistence economies on a relatively small scale with crops and growing cycles specifically adapted to unique environments and ecosystems. The growing global demand for food as well as an increasingly efficient international transportation infrastructure, however, has fuelled a push towards monocultural production of dominant crops such as corn, rice and wheat. Currently, impressive production levels seem to mask the inherent instability of a system requiring large quantities of external chemical pesticides, herbicides and fertiliser inputs; soil degradation and water quality issues are just two of a host of factors indicating a drop in ecosystem services.

There is growing recognition that transitioning to greener production practices and shifting away from the environmentally destructive agricultural practices of the latter half of the 20th century — focused on maximum productivity and profit — will benefit the environment while also improving people’s livelihoods. Traditional SEPLs have embodied such practices and it is time for a renewed appreciation of their benefits, while at the same time recognising the urgent need to build sustainable societies.

The chemical inputs that enable large-scale production of monocultures, for example, place farmers in a position of heavy external dependence, while smaller scale production centered around renewable energies and organic fertilisers enables a high degree of independence. With the dramatic fluctuations in fossil fuel prices over the past decade, a low level of energy dependence will become increasingly attractive.

Likewise, monocultural production often depends largely on mechanised labour or only requires a labour force for short periods at the beginning and end of the growing season. Traditional farming, for example in homegardens, requires a rather steady level of labour input throughout the year. The employment opportunities that would be generated by a transition to greener agricultural production and away from monocultural production would therefore constitute a substantial opportunity to reduce unemployment and bolster the economy. While it is difficult to estimate what the monetary implications of such a transition would be, it can be predicted that an increase in labour-intensive local food production would reduce food insecurity and external dependency, both critical factors for an economy’s stability that are difficult to quantify in dollar figures.

From a consumer’s viewpoint, products derived from sustainable management of natural resources are increasingly attractive, as they signify a growing awareness of the environment and the safety and quality of products. The additional value added to foods and materials produced in such environmentally-friendly ways will significantly benefit the livelihoods of people living in SEPLs, who have been struggling to find ways to revitalise their communities in the face of disadvantageous contemporary trends such as urbanisation. Similarly, the beautiful and unique landscapes shaped across numerous generations of communities interacting with nature are attractive to many people and can generate needed resources through tourism.

Important efforts are also underway to use market mechanisms and policies to internalise environmental benefits and costs into decision-making processes. For example, there are rough estimates that forest conservation generates annual savings of US$3.7 billion in reduced greenhouse gas emissions. Likewise, bees and other insect pollinators, which serve as a key indicator of ecosystem health, provide US$190 billion in benefits to the agricultural sector each year. Quantifying of the negative impacts of ecosystem destruction is also underway, for example in Conservation International’s estimate that each hectare of rainforest logged in Madagascar corresponds to a release of 270 tonnes of CO2 into the atmosphere.

A fundamental duality of local and global characteristics exists among SEPLs. On one hand, these landscapes are shaped by a blend of local ecosystems, weather patterns, cultural traditions and agricultural practices, making each SEPL a unique entity in and of itself. On the other hand, the challenges faced by SEPLs couldn’t be more global in scale: climate change, population growth, growing reliance on technology, etc.

With this in mind, global cooperation to support SEPLs seems entirely reasonable, while taking into account the fact that no two landscapes are identical and there will be no one-size-fits-all solutions.

A global platform for promoting SEPLs was established in October 2010 in the form of the International Partnership for the Satoyama Initiative (IPSI) concurrently with the 10th meeting of the Conference of the Parties to the Convention on Biological Diversity. Membership in IPSI has grown to include over 100 different governments, NGOs, indigenous and local communities, academic institutes, international organisations and private sector organisations. The focus is on enabling sharing of knowledge and experiences, promoting on-the-ground activities and sharing good practices to promote SEPLs and ultimately achieve the Satoyama Initiative’s vision of realising societies in harmony with nature.

The Satoyama Initiative enables the sharing of knowledge and experiences, promoting on-the-ground activities and sharing good practices to promote SEPLs and ultimately achieve the vision of realising societies in harmony with nature.

Successfully transitioning to a green economy will likely require a combination of modern innovation and a careful look at the practices that have enabled SEPLs to develop around the world. Likewise, it is important to examine the effects of recent phenomena such as agricultural intensification through use of monocultures, and the unprecedented global rural to urban migration.

In addition, insufficient attention has thus far been paid to local-scale efforts by people who are directly dealing with natural resources in SEPLs. Global efforts such as the Satoyama Initiative, bringing together decision makers, researchers and practitioners around the world, can therefore make a substantial contribution to achieving a green economy and building the sustainable societies of tomorrow.

Renewed efforts are still needed, however, not only to make sure that all relevant parties have a place at the table and are actively engaged in shaping the ongoing dialogue, but also that the results of high-level meetings are effectively disseminated and discussed at a local level. If effective mechanisms are in place, this can potentially lead to a virtuous cycle of ever-improving policies and recommendations.