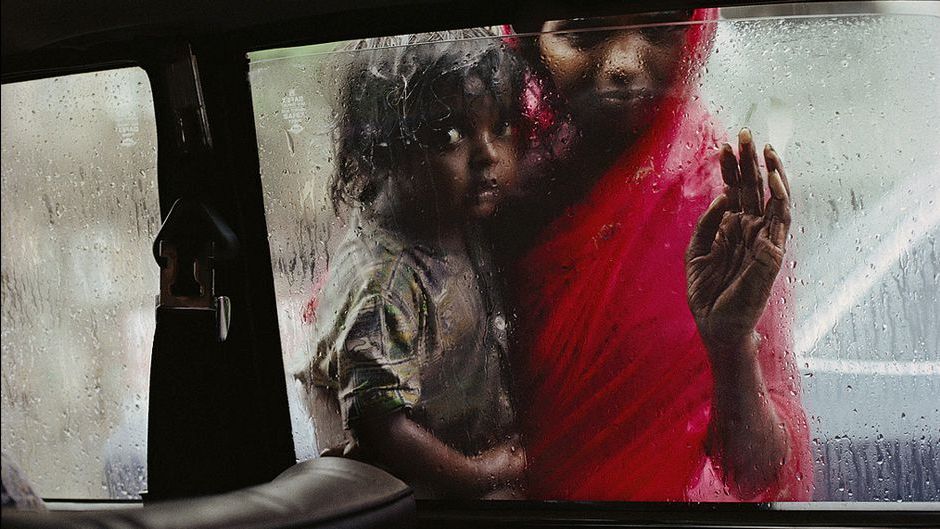 The last decade has witnessed a revival of concern over the impact of high-income concentration on economic development and wellbeing. The global distribution of income has for decades resembled a ‘champagne glass’, as shown in Figure 1. 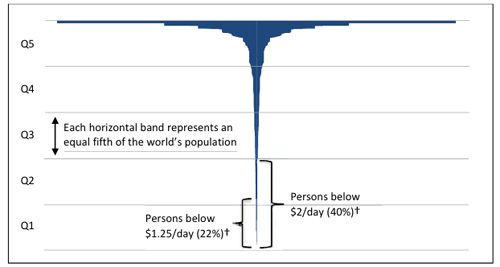 Today, the top 20 percent receive more than 70 percent of the global income, and the top 1 percent (70 million people) earn as much as the poorest 3.5 billion people — that is half the world population. Some positive news can be found, for example in the case of Latin America, but progress is much too slow. At the current rate of progress it would take 800 years for the bottom billion to get even 10 percent of the global income.

To discuss why it is crucial to integrate the economic equity perspective into national and international development processes, UNU-WIDER, the International Labour Organization (ILO) and the United Nations Conference on Trade and Development (UNCTAD) organized a policy seminar and shared examples of policies that have worked.

On 23 October more than 50 representatives of over 20 international organizations — among them 13 UN agencies and bodies — and permanent missions to the UN joined in the discussions with an expert panel consisting of Isabel Ortiz, Richard Kozul-Wright and Giovanni Andrea Cornia. The meeting was chaired by Tony Addison, Deputy Director and Chief Economist of UNU-WIDER.

Many observers ask how rising inequality could be halted and reversed — through policies in the areas of trade and banking regulation, labour markets, social transfers and others. This debate can benefit from the evidence of a significant decline in inequality recorded in much of Latin America in the first decade of the millennium (Figure 2) as presented by Giovanni Andrea Cornia, Professor at the University of Florence and former Director of UNU-WIDER.

The UNU-WIDER research project led by Andrea Cornia suggests that the drop in income inequality in nearly all of the Latin American countries was mainly due to: a fall in the skilled-unskilled wage ratio; an increase in social assistance transfers, and a lower concentration of capital incomes. 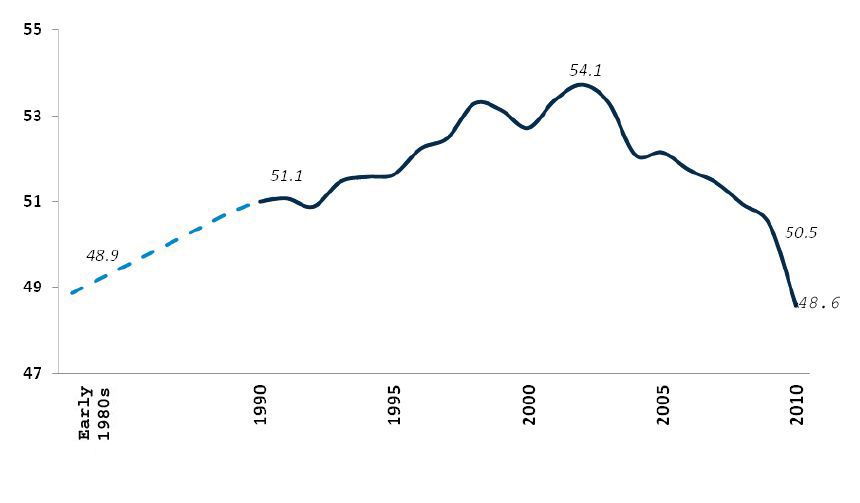 According to Andrea Cornia, the drop in inequality in the region is structural rather than cyclical as inequality continued falling during the crisis of 2009-12 and, based on the most recent data from 2014, is still doing so. The positive trend does not seem to have been due to improvements in the global economic conditions, but rather to the rapid and equitable accumulation of human capital as well as new policy approaches.

The new policy approach spread through the region following the return of democracy in many countries, starting in the early 1990s. Many of the new regimes, on the left and right, adopted more prudent macroeconomic policies and avoided the traditional pro-cyclical (and unequalizing) fiscal and monetary policies of the past. The shifting focus from global to regional trade during the 2000s helped reduce vulnerability to macroeconomic shocks. Crucially, labour and social policies were targeted at battling the inherited problems of unemployment, job informalization, falling low earners and minimum wage and a weakening of wage bargaining institutions. Social expenditure started rising in most Latin American countries in the 1990s and accelerated during the early 2000s with more targeted social assistance transfers and more effective taxation systems.

A key role in the fall of income inequality was played by the rise of completion rates of secondary education which led to a marked improvement in the distribution of ‘human capital’. A higher supply of skilled workers meant a lower wage premium for those skills, thus equalizing income. Also increases in minimum wages had an equalizing effect Andrea Cornia reported.

Policies matter at both the national and international level

Isabel Ortiz, Head of Social Protection at ILO, shared Andrea Cornia’s message that the right socio-economic policies are crucial if we are to tackle inequality in development processes. She showed that since the global economic crisis in 2007-08 there have been further setbacks for the goals of equitable and fair human development for all, as the richest ten percent continues to accrue most of the income generated. The crisis, and the now prevalent austerity policies that followed initial bailouts and stimulus, have had a large impact on the lower earning quintiles. This occurred through unemployment, wage cuts, lower remittances, a rise in cost of foods and fuel, loss of access to credit and savings, and cuts in government spending (ranging from education to health and social protection). Furthermore the level of official development aid has come under pressure.

In 2014, 122 countries are reducing public expenditures; 82 are developing countries. As the response to the crisis has prioritized finance over socio-economic recovery, Ortiz argued strongly for bringing equity back into the development agenda. This would re-establish a link between economic and social policies. The key for Ortiz is to set out new policy options that together replace the orthodox economic policy advice of the 1980s and 1990s and support a Development Agenda for All.

According to Ortiz the case for equity is now enormous; it is not only about social justice. Equity contributes to growth and builds political stability. Indeed some countries in Asia and Latin America have been focusing on cutting inequality in order to foster national demand and consumption.

But in order to bring equity into the development agenda and policy advice of international organizations the key will be to mainstream it systematically into all sectors — from agriculture, education and health to finance, trade, industry and others (Figure 3). It is not enough to simply be undertaking a few interventions in selected areas.

2015 is a window of opportunity

In order to achieve more robust development outcomes in the future, Ortiz further argued that equity needs not only to be recognized by international actors as a national challenge but equally promoted at international level through, for example, adequate trade agreements and regulated international financial flows.

Richard Kozul-Wright, Head of the Division of Globalization and Development Strategies of UNCTAD, argued that the key unequalizing factor at this time is the global trend of financialization and the unregulated financial flows. Here Kozul-Wright sees a role for international institutions to come with new policies to support the Development for All Agenda. He joined his co-panellists in advocating for the set of policies that have been proven to help reduce income inequalities, but argued that they are often overlooked in the international discourse. Kozul-Wright pointed out that the question of how to go from knowledge to implementation continues to be the big challenge.

The Geneva policy seminar was a good opportunity to share views on how to incorporate equity front and centre in the post-2015 development strategy. Policy packages will vary across countries and local ownership is key. For this the evidence base from Latin America can be a source of learning and optimism for the international community. Here we have only been able to discuss some of the key issues raised in the policy seminar but we warmly recommend that readers watch the extremely interesting presentations.

This work is licensed under a Creative Commons Attribution-NonCommercial-ShareAlike 3.0 IGO License.

Annett Victorero is communications associate at UNU-WIDER and managing editor of the monthly newsletter WIDERAngle. Annett has a BA in Political Science and International Relations and an MA in International Relations Theory from the University of Essex, UK. Previously she worked at the Ministry for Foreign Affairs of Finland in the Gender Equality team and as a development communications consultant.