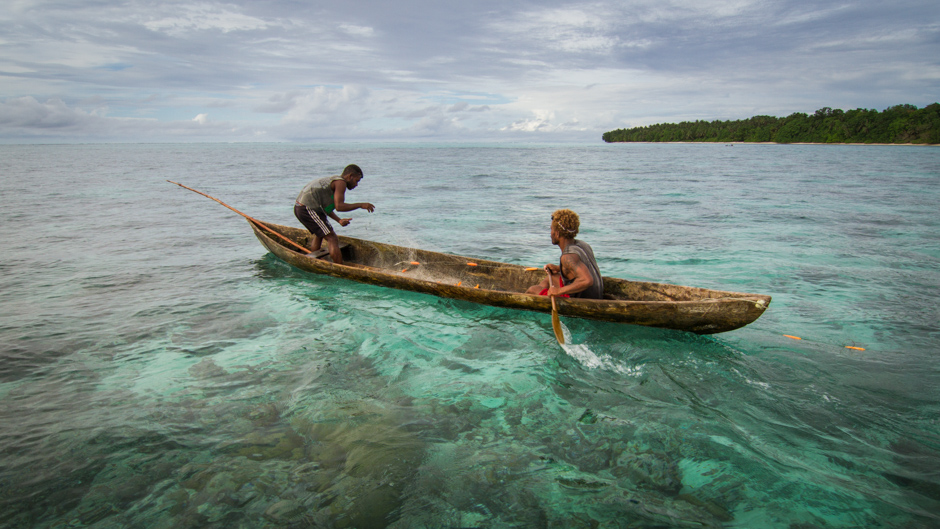 Despite having some of the world’s smallest carbon footprints, small island developing states and the world’s least-developed countries will be among the places most vulnerable to climate change’s impacts on marine life, new research shows.

Using new data and drawing on the methodology of the Intergovernmental Panel on Climate Change, we ranked 147 nations’ vulnerability to climate change. This included projecting various climate scenarios over different time frames to determine how changing oceanic conditions may affect the abundance and distribution of fish in the ocean.

The whole suite of climate scenarios — optimistic and pessimistic, near-future and distant-future — shared one thing: the same countries appear at the top and bottom of the index.

Small island developing states such as Kiribati, the Solomon Islands and the Maldives, are consistently ranked among the most vulnerable countries, while highly industrialised states, such as New Zealand and Ireland, are poised to fare much better.

Oceans as a global challenge

Our research confirms the importance of the United Nations Sustainable Development Goal 14, which includes a target of increasing by 2030 the “economic benefits to [small island developing states] and [least-developed countries] from the sustainable use of marine resources”.

The outcome document of the UN Oceans Conference, which took place in early June, similarly emphasised the importance of supporting these vulnerable places. It concluded that the “well-being of present and future generations is inextricably linked to the health and productivity of our ocean”.

Even in the most optimistic future scenario of our study — one in which global carbon emissions are rapidly slashed and mitigation efforts spread around the world — sea surface temperatures are expected to increase substantially by the end of the century, across large swathes of the ocean.

Such temperature increases could fundamentally alter ocean ecosystems, changing the distribution and abundance of fish stocks and altering their migratory paths. If, as a result, fish head into new national waters, it could spark international conflict.

The impacts look even more severe in our pessimistic, business-as-usual scenario.

All fisheries are not created equal, and fish take on different importance in different places. Global pressures therefore translate into very different challenges at local levels.

In many low-income communities, including those on small-island developing states such as Kiribati or the Maldives, fish are a crucial source of protein and micronutrients. Tiny quantities of micronutrients (zinc, iron, omega-3 fatty acids) are crucial for normal brain development in infants, and can have long-term impacts on human health. 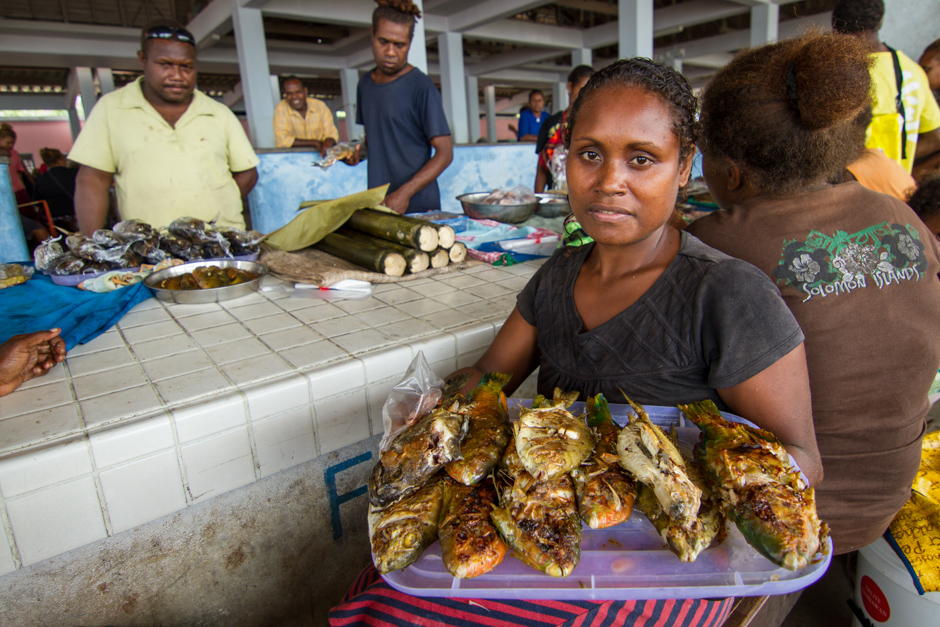 A controlled study in Malawi, for instance, found reduced instances of anaemia and common infections and other positive health impacts among children with diets supplemented by micronutrient-rich fish. Subtracting fish from the diets of coastal communities with few nutritional alternatives then could generate a decades-long public health crisis.

In most coastal communities, fishing is not only an important source of nutrition but also of economic security. In small-island developing states and least-developed countries, alternative livelihood options may be limited.

Our index therefore takes account of socioeconomic variables, including the proportion of the working population involved in fisheries and how much fish protein is in people’s diets, to rank the impacts of climate change on fisheries.

We find that exposure and sensitivity to climate changes are distributed somewhat evenly across the regions of the world, and that achieving swift reductions to either of these factors will be tough.

Exposure is directly linked to global greenhouse gas emissions, so changing exposure levels means making global progress toward cutting emissions — over a long period of time. Likewise, sensitivity to environmental damage is hard to mitigate because it is inextricably linked with national contexts, such as diets, employment sectors and the like.

Adaptive capacity, however, varies from place to place, with the highest levels recorded in Japan, the United States and Norway, while Sudan, Benin and Sierra Leone ranked the worst.

This may seem like more bad news, but it’s actually a silver lining: we can certainly improve communities’ ability to effectively respond to emerging risks because adaptive capacity can be influenced immediately, and at any level, from the household to the village.

By making efforts to diversify livelihoods, increase literacy, and raise awareness about how to manage fisheries under conditions of change or uncertainty, governments and international organisations can better prepare vulnerable communities for what’s coming their way.

Improving adaptive capacity doesn’t make changing exposure and sensitivity less important, of course. It is still critical that the world strive to meet the climate targets set out by the Paris agreement. But focusing on adaptation offers a potential pathway for reducing vulnerability in the near term.

The consistency of vulnerability rankings across all of our scenarios is also something of a double-edged sword. On the one hand, some of the world’s poorest fishermen are going to face increasing hardship in coming years. But at least the international community now knows exactly what countries to prioritise for capacity-building partnerships and programs.

Now is the time to translate research into action. After all, they’re our oceans — and our future.

Rising Sea Temperatures Will Hit Fisheries and Communities in Poor Countries the Hardest by Robert Blasiak and Jeremy Pittman is licensed under a Creative Commons Attribution-NoDerivatives 4.0 International License. Permissions beyond the scope of this license may be available at The Conversation.

Jeremy Pittman is currently a Liber Ero Postdoc Fellow with the School of Environment, Resources and Sustainability at the University of Waterloo, Canada. He studies governance in complex social-ecological systems, and he has applied this lens to a range of problems (e.g., land-sea interactions in the Lesser Antilles; species at risk conservation on the Canadian Prairies). He draws on multiple concepts in his research (e.g., social-ecological fit, governance transformations) and employs a range of qualitative and quantitative methods oriented towards action research (e.g., participatory scenarios, social-ecological network analysis). Prior to re-entering academia to pursue doctoral studies he was employed with both national- and provincial-level governments in Canada and the private sector working on issues of climate change adaptation, sustainability, and environmental policy. Through his academic and professional experience, he has been lucky enough to work in rural, remote and Indigenous communities and resource-based sectors (e.g., agriculture, fisheries, tourism, mining) in Canada, Chile, Uruguay, St. Lucia, Dominica, Antigua and Barbuda, St. Kitts and Nevis, St. Vincent and the Grenadines, and Grenada.