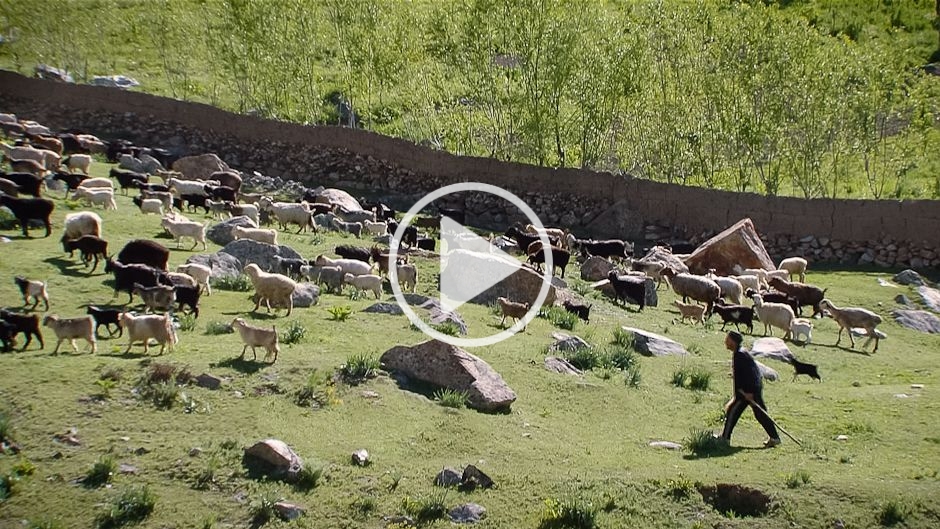 High in the Alai mountain range in Tajikistan, near the border with Kyrgyzstan, is a village called Jirgatol where winters are harsh and summers short.

Arable land is a scarce resource in this mountain landscape. Only about 1 percent of the total land area is suitable for growing crops, while about one-third to one-half consists of scrub- and meadow plant-covered slopes that are suitable as pastures. The typical family has just 0.35 hectares of cultivated land (commonly growing potatoes and vegetables) and a small herd of livestock. This means few assets to sustain their livelihood.

In this remote rural environment, life was challenging enough even prior to a land management dilemma that has arisen in recent decades. The traditional techniques used in pre-Soviet times helped to protect local pastures. But these ways were swept aside during the Soviet era and when the Soviet Union collapsed, overuse of pastureland due to inexperience and poverty quickly led to problems of soil degradation.

Collaborating to preserve the landscape

Today, however, a unique collaboration aims to improve the social and economic well-being of the rural communities that depend on the region’s resources to meet their livelihood needs, while preserving its unique landscape and globally important biodiversity. As shown in the video brief that accompanies this article, experts are working with farmers in villages like Jirgatol to harness traditional local knowledge and boost it with research, education and policy.

The Sustainable Land Management in the High Pamir and Pamir-Alai Mountains (PALM) project team first assesses the degradation status of the ecosystem, then supports targeted micro-projects proposed by local communities, and studies their implementation and results.

The idea is that not only are locally generated solutions best suited to local conditions, but further, community ownership of the initiatives can help ensure sustainability of the activities. 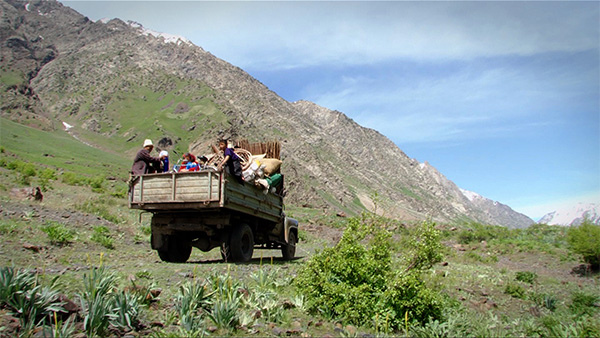 Simple solutions, like the stable and road construction micro-projects that are shown in the video brief, can have multiple benefits.

In pre-Soviet times, village elders decided who would use which pasture and when they would change location to other seasonal pastures. These decisions were made based on traditional techniques that hinged on knowledge of the main grass types that were used as indicators of pasture condition. Such practice faded once Soviet bureaucracy took hold, with state policy inducing settlements (leading to an increase in the population) and instituting a shift to collective farming.

Seventy years later, with the end of the Soviet Union, the relationship that these rural people had with the land was once again shaken up. Decollectivization left farmers to run private enterprises in a market economy for the first time. Inexperience and need for income led them to breed more cattle and overuse the pastureland around villages, leaving soil exposed to rain and wind and prone to erosion.

“A lot of the traditional agricultural knowledge in the region was lost during the Soviet time. The PALM project is helping revive and, as needed, adapt some of it as it is often best-suited to the local conditions,” says Nevelina Pachova of the Environmental Vulnerability and Ecosystem Services section at the United Nations University Institute for Environment and Human Security (UNU-EHS), one of PALM’s project partners.

Governments in Tajikistan have limited resources and generally focus on priority infrastructural projects. This is why PALM helps mobilize pilot communities like Jirgatol to improve small-scale infrastructure on their own. Simple solutions, like the stable and road construction micro-projects that are shown in the video brief, can have multiple benefits.

The building of the stable 12 km from the village not only allows renewal of nearby pastures and hayfields but protects local potato crops from being trampled. The new further pastures are healthier, providing more nourishment to fatten the animals. 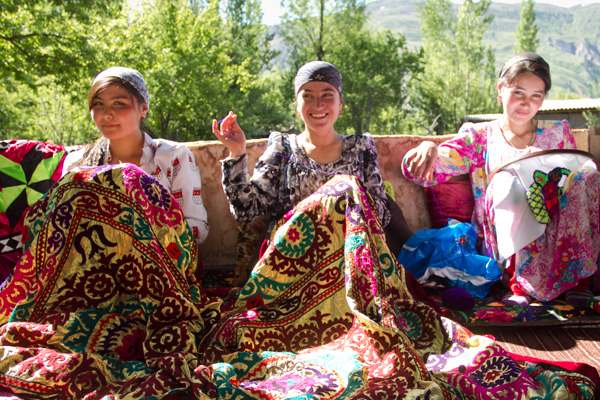 As an added bonus, because a small team of herders residing near the new stable does the work instead, the women who formerly spent time taking their animals from family stables in the village to graze in nearby pastures are now free to process wool and sew clothes, providing an additional source of income for their families and the community. Further, with the increase in free time, elders have more opportunity to pass along their knowledge to the young generation.

The recently improved road’s multiple advantages are also obvious. When summer greens the more distant pastures, the improved road allows more villagers and livestock to go to the jailoo (summer pastures), giving hay and crop fields around the village time to regenerate. It also allows families to keep in touch with members working in the jailoo.

Another benefit, with economic, ecological and social dimensions, is that the improved road means villagers can bring dung from the stables and the jailoo to use for heating and as fertilizer. This helps to reduce demand for firewood and pressures on forests near the village, and enriches degraded cropland with organic nutrients. Informal institutions also make sure that the poor, in particular, have better access to dung to meet their needs.

Lastly, the herders also welcome the fact that the road lets them reach healthcare facilities more quickly in case of emergencies.

Mindset for the future

Jirgatol’s experience shows that another positive facet of the micro-projects is the knock-on effect of educating local people and instilling sustainable management of resources into their mindset.

As was the case when the road brought some unintended consequences, such as making it easier for people to go and harvest firewood in their vehicles. The community noticed this and decided to build the road only half way to the summer pastures, so as to better preserve the vegetation. 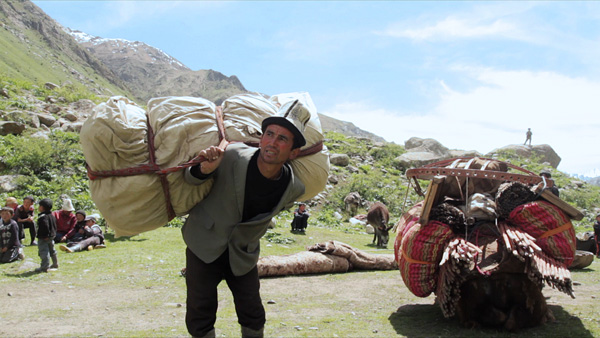 Villagers are also planning for the future; they are ready to work on the maintenance themselves, based on their ancestral tradition of community labour. They have a general village fund that can be used to cover upkeep expenses for the road and stables if required. They are also discussing the establishment of a special fund, from contributions by stable and road users, to enable targeted investments in infrastructural improvements, as well as for increased support to poor families in the future.

All these measures can be rather easily replicated by other farmer groups without additional external funds, which can be hard to come by. Preliminary estimates suggest that annual financial returns from the infrastructural improvements are substantial, thus other communities can easily replicate the example.

The experiences from the projects are further useful in informing the development of a new law on pastures in Tajikistan. They were also documented and included in an international online database of good land use and management practices, called WOCAT. Thus, the knowledge is made available to farmers in the broader region and worldwide. The video brief, facilitated by the project, is also a useful means of dissemination — it was shown at the recent Rio+20 Summit.

So, beyond improving conditions in their own communities, the experience of the people in Jirgatol in implementing pilot micro-projects can benefit other areas of the High Pamir and Pamir-Alai Mountains.