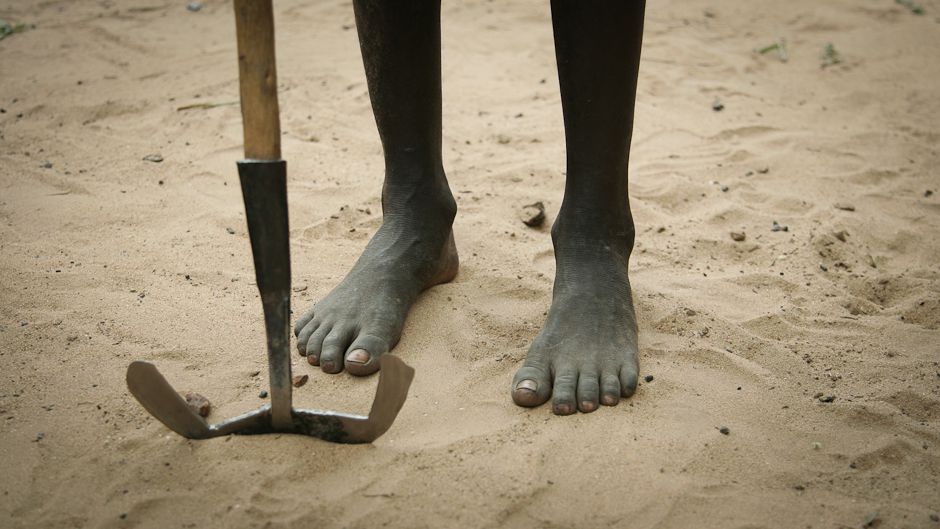 Governments in the Sahel and international relief agencies have been quick off the mark in acknowledging a looming food crisis.

Last October, the government in drought-hit Niger — where almost 1 million people are in urgent need of food after a poor harvest — drafted a response plan, focusing on pastoralists, farmers and stocks, in anticipation of a crisis later this year. Part of the reason for the swift response is a change of government in Niger, ranked 186th out of 187 countries in the human development index.

Mahamadou Issoufou, who was elected president in March 2011 following a military coup in 2010, appealed for international help after last year’s poor harvest in this vast state on the edge of the Sahara, which has faced massive population growth, pervasive poverty, food insecurity and instability for decades.

“The new government is more open in telling the world that there are hungry people in Niger. The previous government was more reluctant,” said Farid Waliyar, west Africa director of Icrisat, the international crops research institute.

Denise Brown, director of the UN World Food Programme (WFP) office in Niger, agreed. The late arrival of last year’s rains “was enough to tell us a slow onset emergency was creeping up on us and we could not wait for it to hit us in the face”, she said. “The government in Niger came out early and jointly with international agencies and NGOs acknowledging it needed help. My colleagues have been astonished by the change and the transparency.”

Late rains mean trouble for the “lean season”, when food from the last harvest runs out. This year’s lean season could begin in some countries as early as March, three months earlier than usual. Brown sounded the alarm in October and since then there has been a flurry of warnings about the looming crisis in the Sahel.

In early December, the EU commissioner for humanitarian aid crisis response, Kristalina Georgieva, said 7 million people were already facing shortages in Niger, Chad, Mali, Mauritania, Nigeria and Burkina Faso, with major shortfalls in food production in many areas. The figures, the commission said, pointed to a huge problem of food availability this year. She expressed frustration with the international community’s inability to respond promptly to crises, pointing out that investing in the Sahel now would be less expensive than waiting for disaster to strike, as was the case in Somalia.

The UN children’s fund, Unicef, has appealed for $65.7 million and is distributing emergency stocks in affected countries such as Niger, where an estimated 33,600 children under the age of five are at risk.

Meanwhile, WFP is extending cash and food-for-work projects to more people in Niger, and boosting nutrition for children under the age of two, pregnant women and nursing mothers. The WFP already reaches around 500,000 vulnerable people a month.

Brown said WFP is giving 1,000 CFA francs (£1.29 or US$2) a day to people — mostly women — to work on small-scale projects such as irrigation schemes so they can afford to stay in the same place rather than leave for the city.

The price of cereals should have fallen during the post-harvest period in Niger, but have risen sharply as a result of the poor yields. The average price of millet has risen by 37 percent as of last month compared with the same period last year, according to WFP.

The government of Niger has classified up to 750,000 people as severely food insecure in four regions. WFP aims to provide food assistance to around 3.3 million people in Niger over the coming year at an estimated cost of $163 million.

The difficulties caused by food shortages and high prices have been exacerbated by a drop in remittances from sub-Saharan African migrant workers who have returned from countries such as Libya, leaving many families without an income. The International Organisation for Migration estimates that around 90,000 Nigerians have returned home in the past year.

Nevertheless, governments from Niger to Mauritania, where an estimated 700,000 people are facing severe food insecurity, compared with 500,000 in previous years, are taking preventive measures early.

The swift response contrasts sharply with the tardy response to major droughts in the region in 2005 and 2010. A report from the Sahel working group, consisting of Christian Aid, Care, Oxfam GB and other NGOs, described the international response to the 2010 crisis as “too little, too late”.

“Despite information from early warning systems, the international community repeated mistakes made in previous food crises,” said the report, published last October. “A slow response resulted in deterioration of the situation, unnecessary suffering, a loss of assets by poor households in both agricultural and pastoral areas, a huge increase in the level of need and a significant rise in costs.”

Camilla Knox-Peebles, senior emergency food expert at Oxfam, says lessons have been learned.”We’re learning from the crisis of 2010 and because of the depth of the crisis in the Horn [of Africa], people are prepared to act in a more urgent way.”

Encouraging as it is, the early response cannot mask the increasing frequency of droughts in the Sahel, which means communities are lurching from crisis to crisis with little time to recover from previous shocks. And things are not going to get better.

A UN study last month said climate change is already having an impact on the livelihoods of millions of people in the Sahel and west Africa. Climate change, combined with population growth and weak governance, has intensified competition over scarce resources as well as changing migration patterns, increasing the risk of conflict, it said. Security analysts fear that Al-Qaida in the Maghreb will seek to exploit instability in the region.

The UN study identified “hotspots” where changing temperature trends over the past 40 years have caused severe flooding and droughts, significantly altering people’s livelihoods. Many of these hotspots are in the central part of the Sahel, in Niger, Burkina Faso, northern and coastal Ghana, as well as northern Togo, Benin and Nigeria.

Against this bleak outlook, there are bright spots. The use of water retention techniques and the planting of trees to help soil conservation has enabled small farmers to regenerate thousands of hectares in Niger. The problem is one of scale, which needs money.

As Waliyar points out, no country in the Sahel is anywhere near to investing 10 percent of GDP in agriculture under the Maputo accord by the African Union in 2003, a target that would help the Sahel to reach the holy grail of resilience as climate conditions worsen. UNEP says the Sahel needs long-term financial commitment and better coordination of investments, and should draw upon funding sources such as the UN Framework Convention on Climate Change’s “green fund” and the Clean Development Mechanism.