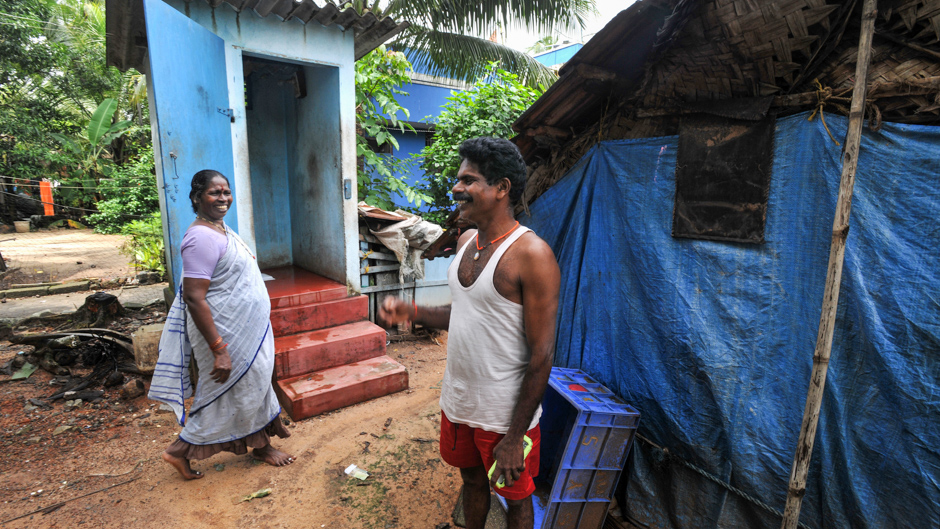 An estimated 2.4 billion people still do not have access to proper sanitation, of which about 1 billion still defecate in the open. These figures represent the enormous challenge of achieving Sustainable Development Goal (SDG) 6 and its specific target to “achieve access to adequate and equitable sanitation and hygiene for all and end open defecation” by 2030. Critically, reaching unserved populations at scale will require low-cost sanitation systems that ensure hygienic barriers between human waste and drinking water supplies (surface and ground water).

In 2012, the Planning Commission of India estimated that nearly 600 million Indians still defecated in the open, implying that about 60% of the global population practising open defecation (OD) lives in India. To change this, the Government of India launched an ambitious campaign in 2014 aimed at eliminating OD by 2019 through its flagship programme Swachh Bharat Mission. Similar programmes have also been launched by other low- and middle-income countries (LMICs) including Kenya, Nepal and the Philippines.

As of August 2017, more than 4.6 million household toilets have been built across India through the Swachh Bharat Mission. One of the most commonly installed types of toilet is the improved pit latrine because, among the various sanitation technologies that are considered safe, it is usually the most basic and inexpensive to construct for rural households.

Improved pit latrines are essentially a pit dug into the ground, but with “improved” or “safe” elements added — typically, a pit lining made of various local materials (bricks, concrete, etc.) and a cleanable firm slab to cover the pit, which has a hole for human waste to fall through. The latrines can then be customised with privacy super structures (walls, roof, vent pipe, hole cover, etc.) made of bricks, timber, reinforced plastics and corrugated metal, among other materials.

While only a few studies have explicitly examined the links between groundwater safety and possible contamination from on-site sanitation, they have frequently detected unsafe concentrations of bacteria, viruses, and chemicals.

Yet pit latrines are not suitable for all regions, and are not recommended for places with heavy rainfall which are prone to flooding and/or high water tables. The World Health Organization recommends building pit latrines in well-drained sites, above flood plains and at least 30 metres from water sources and 2 metres above the water table.

India is not an exception. Indians use an estimated 230 cubic kilometres of groundwater per year — more than any other country and over a quarter of the world’s total. In fact, more than 60% of irrigated agriculture and 85% of drinking water supplies in India solely depend on groundwater. 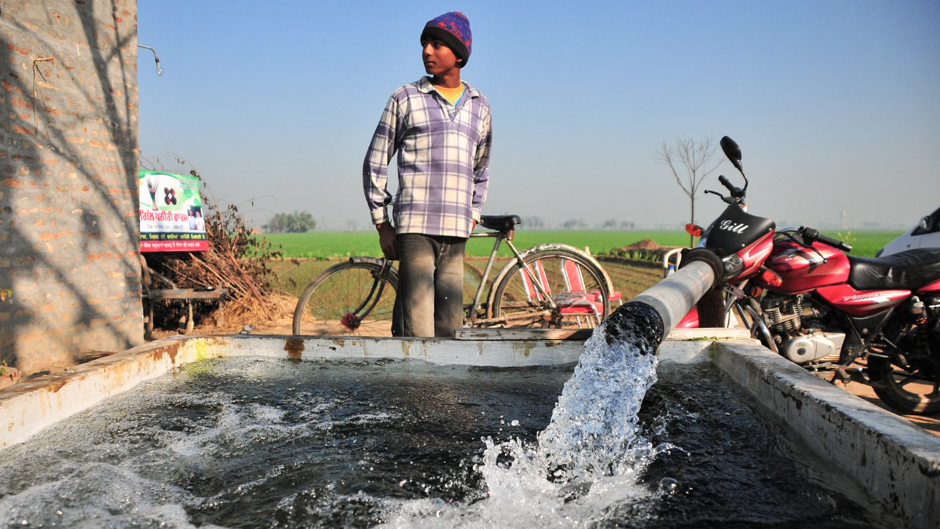 Indians use an estimated 230 cubic kilometres of groundwater per year — more than any other country and over a quarter of the world’s total. Photo: Columbia Water Center, Creative Commons BY-NC 2.0

A primary challenge for rapid installation of pit latrines is that the recommended safe distances are not often observed in most LMICs due to space constraints and for user convenience. As a result, microbiological and chemical pollutants from ill-constructed pit latrines plausibly leach into groundwater, threatening both human and ecological health.

While only a few studies have explicitly examined the links between groundwater safety and possible contamination from on-site sanitation, they have frequently detected unsafe concentrations of bacteria, viruses, and chemicals. Areas with shallow groundwater and those prone to flooding present the greatest risk of contamination. Preventing groundwater faecal contamination is crucial for progress on SDG 6.

Over 70% of national economic losses in most low- and middle-income countries are health related and largely associated with diarrhoeal diseases.

Economic health is also at stake. Over 70% of national economic losses in most LMICs are health related and largely associated with diarrhoeal diseases that in turn lead to stunted growth and impaired cognitive development — lowering human capital. It is these inherent health links between access to safe sanitation and access to safe drinking water that make SDG 6 so vital for sustainable development.

In pushing to eliminate OD by simply advancing access to sanitation systems without proper adherence to safe construction guidelines, there is a high risk of endangering groundwater aquifers and prompting complex long-term health threats. And once groundwater is contaminated, treating it requires monumental and costly efforts.

Thus, governments and international bodies that continually advance the use of improved pit latrines, especially in peri-urban and/or rural regions of LMICs, should first consider the long-term environmental impacts of all possible sanitation technologies. Without proper assessment, there is a very likely potential to undermine achievements of other health-related SDG targets. We must ensure that sanitation legislation advances uptake of technologies that safeguard human and environmental health, so that we do not solve a problem today only to create a much more complex disaster in the near future.

Rushva Parihar is a Research Assistant at the UNU Maastricht Economic and Social Research Institute on Innovation and Technology (UNU-MERIT). His research focuses on the governance of technology and innovation for the Sustainable Development Goals (SDGs) with a special interest on SDG 6 and SDG 3. He brings his expertise in marketing and brand management to research and uses a business approach towards social causes like sanitation and waste management.

Dorcas Mbuvi is a Researcher at the UNU Maastricht Economic and Social Research Institute on Innovation and Technology (UNU-MERIT). She is in charge of the FINISH-INK project, where the institute is tasked with its impact assessment. The project advances WASH technological innovation and uptake; behavioral change; social entrepreneurship; welfare improvement; and sustainable waste recycling and management across health facilities, schools, urban centres, rural communities and households in Kenya.