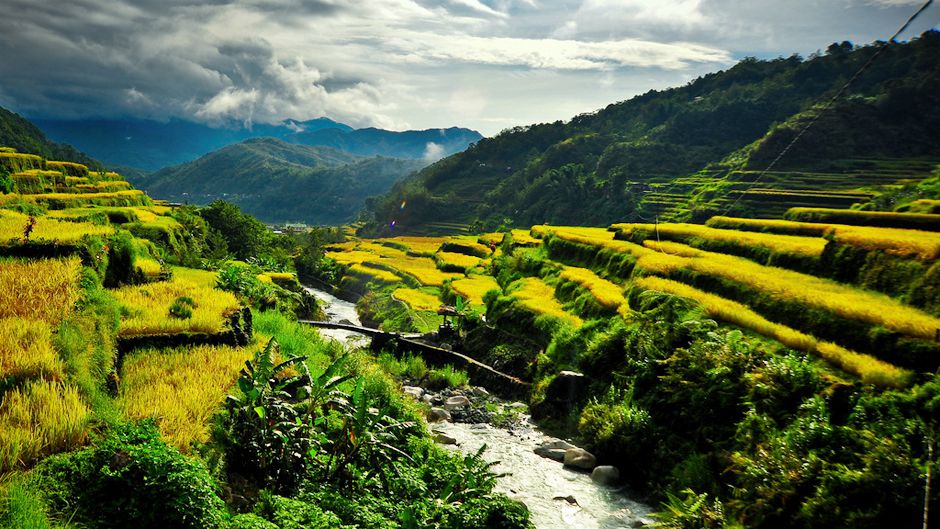 What if we changed our relationship with the natural world from one of taking what we can to one of reciprocity and mutual giving?

The International Satoyama Initiative, formally launched at this past October’s COP10 Biodiversity Conference in Nagoya, Japan, provides an important boost to preserving traditional forest and farmland (satoyama), and seaside (satoumi) ecological production landscapes around the world. Its aim of restoring a balanced and sustainable harmony between humans and the natural environment is something no one could argue the world does not need.

However, is the proposed cure for satoyama’s current degenerative state — assigning such biodiverse landscapes value in direct proportion to the “ecosystem services” (the benefits of nature to households, communities, and economies) provided — adequate to the task? Or does viewing nature in such a calculated way, and justifying its preservation based on the things it gives us, simply perpetuate the tired old (yet sadly still quite widely-held) myth of nature existing for our benefit?

By promoting recognition of the value of the amenities provided by natural ecosystems it is hoped that society will be motivated toward their protection and preservation.

To be sure, satoyama and satoumi environments the world over are in real danger of being lost, diminishing both biological and cultural diversity, so any efforts toward properly acknowledging their worth are much needed. It can be argued that we must start where we are, and where we are is in a society that perceives value in that which we can quantify and monetize, so let’s start there.

After all, in our ever-urbanizing world in which some believe satoyama is all but obsolete, managed hinterlands such as forests and rice fields often provide valuable, pragmatic benefits for urban areas, such as flood control. That is aside from the crucial role that rural areas can play in food webs.

But can we afford to rely upon such a constricted view of the world? Undoubtedly, Einstein was correct in saying that we cannot ultimately solve problems at the same level of consciousness at which they were created. As such, it stands to reason that we can’t revitalize endangered satoyama landscapes and culture by applying “more of the same” of our contemporary worldview of separation from nature and each other.

By relying upon the calculus of economics to ascertain value we implicitly relegate other more abstract but critically important intangibles to the margins. Intangibles — such as aesthetics, complexity, integrity, cultural wisdom, and the like — end up becoming unappreciated externalities.

Failing to comprehend the whole, such a fragmented and distorted worldview fosters the very societal and personal ills that have led to satoyama’s, and the world’s, current predicament of rapidly declining environmental quality and resource availability.

Better, then, that we look at the origins of satoyama itself — at the roots of the ancient culture that birthed satoyama in the first place. For in doing so we will discover the forgotten secret to a harmonious existence and, indeed, a meaningful life: when we recognize our true, embedded relationship with nature, we value it and treat it like we want to be treated ourselves. With respect, love, cooperation, reciprocity… in short, a gift culture.

It is clear that indigenous cultures didn’t happen upon satoyama landscapes and populate them. They co-created them, working collaboratively with nature’s gifts and each other to slowly craft sustainable lifeways spanning generations.

This underlying worldview of embeddedness in nature, of oneness with the environment, is clearly what undergirded and made possible the establishment and evolution of these original satoyama socio-ecological landscapes.

Significantly, the Satoyama Initiative recognizes that proper maintenance of such rich biodiverse landscapes requires a “crucial human touch.” When young people flee rural environs for more fast-paced lives in the cities, for example, the carefully managed satoyama landscapes, and the culture that sustains them, become neglected and biodiversity suffers, perhaps counter-intuitively to those who might assume humans inevitably foul their environment.

This required “human touch” is stewardship in action. Such care for the environment isn’t reserved for satoyama either. Indeed, it applies just as importantly in urban settings, as reflected in the burgeoning interest in urban agriculture and reconnecting cities to their bioregional environments. Wherever such stewardship is practiced, it cannot be harsh and exploitative, as proven by horrifying examples the world over.

Rather, it is gentle and respectful, reflecting an ethic of giving, concern, mutuality, reciprocity and respect for the past, present, and future that flows between us and our natural environment, and between all members of the ever-widening circles of our global community.

It is time to move beyond the ill-conceived term “ecosystem services” and instead put the emphasis on service — on stewardship and giving back — on living by the Golden Rule of treating others, including nature itself, as we would like to be treated.

For in the end, it is both a spiritual insight and a scientific fact that when it comes to relationships, whether with our neighbour or with nature, what we do to another we do to ourselves.

To Serve the Ecosystems That Serve Us by Alan Zulch is licensed under a Creative Commons Attribution-NonCommercial-ShareAlike 3.0 Unported License.