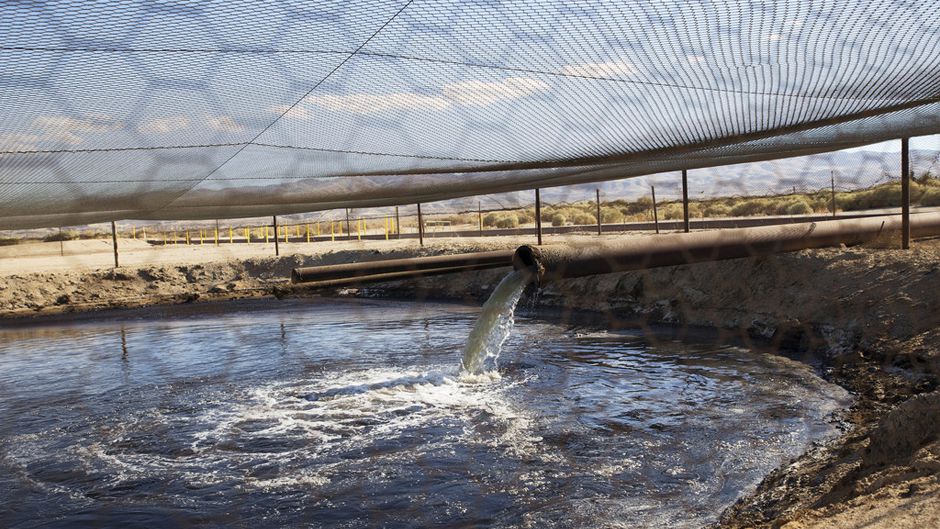 The primary waste product created by oil and gas drilling contains two types of potentially hazardous contaminants that have never before been associated with the industry, research published in the peer-reviewed journal Environmental Science & Technology revealed on Wednesday.

Duke University geochemistry professor Avner Vengosh and his team of scientists found that wastewater produced by both conventional and unconventional oil drillers contains high volumes of ammonium and iodide — chemicals that, when dissolved in water or mixed with other pollutants, can encourage the formation of toxins like carcinogenic disinfection byproducts and have negative impacts on aquatic life.

That’s a problem, the study said, because oil and gas industry wastewater is often discharged or spilled into streams and rivers that eventually flow into drinking water systems.

“We were not aware that they existed in oil and gas waste products,” Vengosh told ThinkProgress on Wednesday. “Until now, no one was aware — no one was monitoring for those contaminants.”

Both conventional and unconventional oil and gas development produce wastewater, which contains pollutants that can harm human health. The unconventional process of hydraulic fracturing, however, produces much more wastewater than its conventional counterpart (the process involves injecting thousands of gallons of water, sand, and chemicals underground to crack shale rock). Nationwide, fracking produces an estimated 280 billion gallons of wastewater per year, according to an Environment America report.

How to dispose of that polluted water has been an issue. Some gets stored in artificial ponds, some is injected underground, and some is treated and put back into rivers. None are foolproof systems — untreated fracking wastewater has spilled into the environment multiple times from both injection wells and ponds, and treated wastewater has been found to be harmful for human consumption.

However it is disposed, Vengosh and his team said that their discovery of two new pollutants shows that the danger posed by fracking wastewater to human health and the environment is becoming more clear.

“The relatively high frequency of spills associated with the intensity of shale gas development and reports of an overall increase of the salinity in watersheds associated with hydraulic fracturing activities, combined with data presented in this study, suggest that the release of [oil and gas wastewater] to the environment is one of the major risks associated with the development of hydraulic fracturing,” the study reads. “Our findings indicate that discharge and accidental spills of [oil and gas wastewater] to waterways pose risks to both human health and the environment.”

Or, in Vengosh’s own words: “The practice that we are allowing wastewater to be discharged in rivers and streams is unacceptable.”

Their discovery of ammonium and iodide was not the first time potentially harmful contaminants have been found in drilling wastewater. Back in September, Vengosh was part of a team that found halides — which are salts like bromide and chloride — in wastewater. Those too can promote the formation of toxic disinfection byproducts when disinfectants used in water treatment plants react them, according to the Environmental Protection Agency.

Vengosh doesn’t think the fracking process itself is responsible for ammonium and iodide in the wastewater. He noted that tests from both conventional and unconventional drilling sites contained the chemicals. That led him to believe that they were naturally occurring in the geological system — not originating from the chemicals that fracking companies use to stimulate wells.

But that doesn’t mean fracking should be off the hook for its contribution to harmful wastewater discharges into the environment, Vengosh said.

“We need to change the regulations and stop polluting the waterways in areas of both conventional and unconventional oil and gas exploration,” he said, “but the problem becomes louder [for fracking] because of the increase in the volume of the wastewater.”