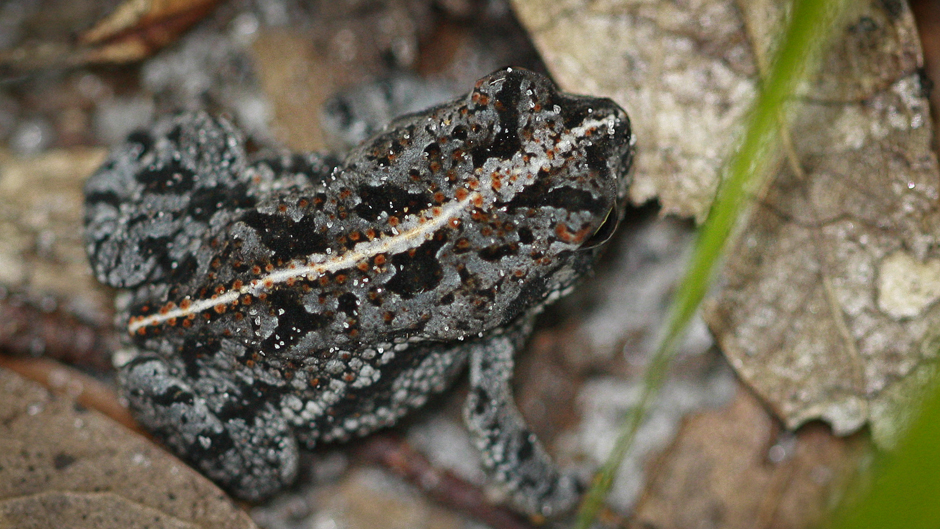 Scientists have made a key discovery that may help to stem the loss of countless species of amphibians to a deadly fungus.

Frogs and other amphibians have been among the worst hit of all species in recent years in terms of the numbers facing drastic declines or extinction: more than one-third of the more than 6,000 amphibian species are now listed as “threatened” in conservation terms, or already extinct.

A devastating chytrid fungus, Batrachochytrium dendrobatidis, has been has been blamed as possibly the biggest single problem, infecting frogs, salamanders and other amphibians, often fatally.

But now a team in the United States has found that it is possible for a certain type of toad to acquire immunity to the fungus — a discovery that could hold out the possibility of saving some of the threatened amphibian populations around the globe.

In particular, the discovery gives hope that it may be possible to keep live specimens and treat them with immunization, then release them back into the wild and help them to spread back to their native habitats. At present, one of the few methods of combating the effects of the fungus has been to extract specimens from the wild and keep them safe in captivity, away from the sources of infection, as a way of preserving their genes for the future.

If it were possible — and the study suggests it might be — to confer widespread immunity on entire communities of frogs, then saving them could be as simple as lacing local water sources with dead versions of the fungus, that could be absorbed by amphibian populations and immunize them against the disease, which is known to block immune responses. This hope arises because the study found that amphibians can acquire resistance to the fungus after repeated exposures, can be immunized by contact with dead fungi, and can even learn to avoid exposing themselves to infectious fungi. The study was based on observations of oak toads.

Jason Rohr of the University of South Florida, lead author of the study, published as a letter in the peer-reviewed journal Nature on Thursday was cautious about the prospect of immunising wild populations, which will be the next subject of research.

“We are planning on testing whether simply dumping dead Bd into waterbodies will induce acquired immunity and reduce chytrid growth on frogs. If it does, then it might be worth isolating the antigen on chytrid and synthesising it. Theoretically, this antigen could then be released at locations where amphibian species are at risk.”

But there are many questions still to be answered before scientists can judge whether releasing such antigens into the environment will provide a lifeline for frogs and fellow amphibians.

Rohr listed several of the issues that his further research will seek to resolve, including how long any immunity lasts; whether tadpoles can acquire immunity; what concentration of release of the antigen could confer immunity; and whether such a release could harm any other organisms. His team will develop a mathematical model to evaluate the feasibility of starting a vaccine programme aimed at getting rid of chytrid, or at least keeping the infection rate low and thus preventing population declines among existing amphibian species.

Asked whether a vaccine could one day halt the death rate in amphibians globally, before they are in catastrophic decline, Rohr said: “It is hard to forecast how long it will take to assess whether a vaccination approach will work and to hone its effectiveness. I hope the answer is yes!”

Entire species of frog are believed to have become extinct before they have even been identified, according to conservationists. Other factors have also contributed to amphibians’ decline — pollution, a loss of habitat, the encroachment of urbanisation, a changing climate.

Amphibians are regarded by many scientists as acting like “canaries in the coalmine” in the context of species extinctions, because their make-up and bodies render them more vulnerable to harms such as pollutants and small changes in climate, and losses to these species could herald further serious problems to come for bigger animals, while their niche in the food chain is also key.